By Mike Houlahan
10 Comments
Clutha Southland MP Hamish Walker has outed himself as the person who sent the details of Covid-19 patients to news media outlets and has apologised.

The Government yesterday announced that Michael Heron, QC, would lead an inquiry into how the private information was leaked.

In a statement tonight, Mr Walker, a National Party MP, said he would co-operate fully with the inquiry.

‘‘I sincerely apologise for how I have handled this information and to the individuals impacted by this.’’

Mr Walker said he sent the information to media outlets to ‘‘expose the Government’s shortcomings so they would be rectified.

‘‘It was never intended that the personal details would be made public, and they have not been, either by me or the persons I forwarded them to.’’

He did not make a reference about whether he intended to remain as the Clutha-Southland candidate in this year's general election on September 19.

The Otago Daily Times was one of media outlets to receive the information, which it has not used.

Mr Walker was reprimanded by National leader Todd Muller who called the incident ‘‘an error of judgement’’.

‘‘Given this matter is the subject of an inquiry, I will not be making any further public comment." 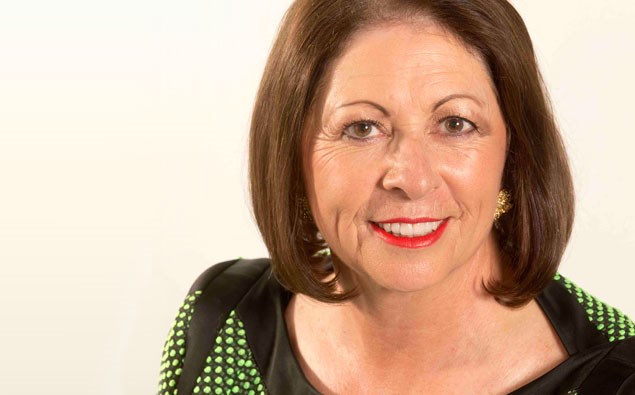 Hamish Walker says he passed the details to the media after receiving them from former National Party president Michelle Boag, The New Zealand Herald reported tonight.

Boag said it was a "massive error of judgement on my part" and she has also apologised.

"The information was made available to me in my position as then Acting CEO of the Auckland Rescue Helicopter Trust, although it was sent to my private email address.

"This was a massive error of judgement on my part and I apologise to my colleagues at ARHT whom I have let down badly.

Boag said she has resigned her position as acting chief executive of ARHT because of her actions.

"My gob is well and truly smacked."

Hamish Walker said he "sincerely apologised" for how he handled the information, and was sorry for the impact on the affected individuals.

He had released the information to justify his previous comments about Kiwis flying in from India, Pakistan and Korea, which the Government had described as racist.

"I have spoken to National Party Leader Todd Muller and informed him that I passed to members of the media, by email, information containing Covid-19 patient details that was given to me by a source," he said in a statement.

"The information that I received was not password protected by the Government. It was not stored on a secure system where authorised people needed to log on. There was no redaction to protect patient details, and no confidentiality statement on the document.

"By exposing a significant privacy issue I hope the Government will improve its protocols and get its safeguards right. I made serious allegations against the Government's Covid-19 response and passed on this information to prove those allegations."

"The public release of this information is wrong. I'm determined to find out why it happened, how it happened and ensure that systems are in place to prevent it from happening in the future."

Hipkins said there were a number of theories about how the sensitive information came to be released but he didn't think it was human error.

"I don't think that information tends to accidentally be sent to multiple media outlets at the same time."

Heron will use the State Service Commissioner's powers under the State Sector Act and the powerful Inquiries Act which allow him to:

Walker had been accused of being racist when he issued a press release singling out Kiwis returning from India, Pakistan and Korea and being placed in managed isolation or quarantine.

The Government had said it was investigating whether hotels in Queenstown and Dunedin were feasible as managed isolation and quarantine facilities.

In response, Walker said it was "absolutely disgraceful" that communities hadn't been consulted.

"These people are possibly heading for Dunedin, Invercargill and Queenstown from India, Pakistan and Korea."

Alongside Woodhouse this dude is a low life. Wheels falling off the Muller machine with Michelle Boag leading the rot!

National is out of control as it faces a huge defeat - not unlike the Republicans in the USA. They are grasping at anything to keep their jobs with no moral compass. The election cannot come soon enough to flush this lot.

I don't often agree with Michael Woodhouse and Todd Muller, but on this occasion they were quite correct.

"This is unconscionable and unacceptable that those suffering from the incredibly dangerous virus now have to suffer further with their private details being leaked," Woodhouse said.

"The Government needs to get to the bottom of this, and quickly."

Muller told RNZ the breach was "quite staggering" and "unacceptable".

Did you even bother to read the story? It was leaked by Michelle Boag (former National Party President) and National MP Hamish Walker. These Nats are scumbags, who will stop at nothing.

The National Party is getting more and more desperate and dirty in their struggle to undermine Jacinda. Stirring up racial tensions, then breaking privacy laws, all to try to sabotage the success Ardern has achieved with the virus. Anyone would think they didn't care if people died.

At the very least Hamish Walker needs to be tossed out of parliament WITHOUT his government pension. He should also be investigated and charged for the flagrant and deliberate breach of privacy he committed. Make no mistake, he knew full well that the details were rightly going to be private details and he really couldn't have cared less.

Lord, how we miss the Country Party. National is shambolic.

Only a few short days ago:
National leader Todd Muller described this leak as "loose, shabby and a reminder these guys can't manage important things well".

"The problem is when you've allowed a culture of sloppiness and clumsiness to take over and become pervasive, you know, really history suggests you need a new broom to be able to sort and set the tone from the top."

National's health spokesperson Michael Woodhouse said it was "unconscionable and unacceptable that those suffering from the incredibly dangerous virus now have to suffer further with their private details being leaked".

Very disappointing from one who has shown a lot of promise. The govt must be held accountable for the current mess it is failing to manage but not by doing daft things like this.