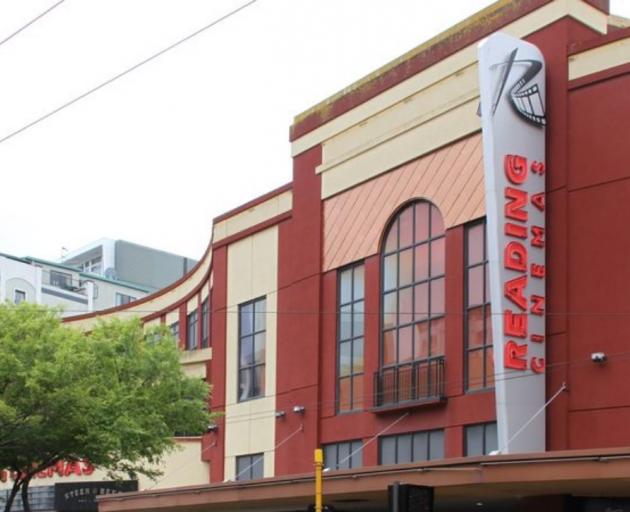 Reading Cinema in Wellington. Photo: Wikicommons
Tenants at a movie complex in central Wellington are still waiting to find out how long the building will be out of action.

Reading Cinemas sprang a surprise yesterday when it said it was closing the Courtenay Place building immediately because of earthquake risk.

In a draft report, engineers have identified risk to parts of the building, and a final assessment is being completed.

The building was shut and its carpark demolished after the Kaikōura earthquake in November 2016.

After a revamp, it reopened with a new Courtenay Central logo - with tenants such as McDonalds, Unichem and ANZ bank.

ANZ said its staff would work out of the Willis Street branch in the interim.

Another tenant, Libby Dearnley, said she doesn't expect to hear anything from Reading until next week at the earliest.

He also said that part of town was earmarked for development.

"We've been waiting for the development plans that we are all aware of to come to fruition... which includes the supermarket out on Wakefield Street... we would want the building - the property to be operating and contribute to what we all have come to know as Courtenay Place," he said.

Mr Becker said he was unsure how long the building would be shut, however, he hoped any work that might need to done could be completed quickly.

Reading Cinemas has not responded to RNZ's request for an interview.