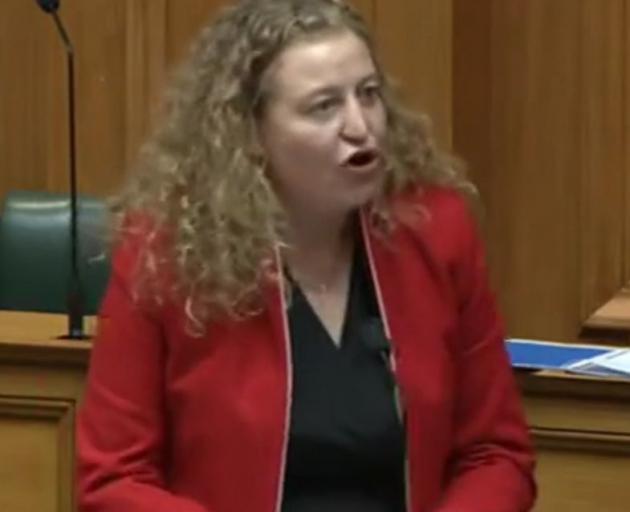 Labour list MP Rachel Brooking, of Dunedin, speaks during the second reading of the Resource Management Act (Enabling Housing Supply and Other Matters) Amendment Bill in Parliament on Tuesday. PHOTO: PARLIAMENT
Parliament has been in a state of high excitement in recent weeks, as leaders got rolled, replaced, and then recalibrated their party line-ups.But away from all the argy-bargy, somebody actually had to do some work, and those somebodies were the environment select committee.

Back in the dim distant past when Judith Collins was National Party leader, a rare moment of cross-bench unity broke out as her party and Labour joined forces to try to solve the housing crisis.

Briefly laying aside years of bickering as to whose fault it is that house prices are at record highs and show little sign of dropping, the respective housing spokeswomen joined together to knock up the Resource Management Act (Enabling Housing Supply and Other Matters) Amendment Bill.

When the Bill returned to the House this week it was now in the hands of Environment Minister David Parker, and his supplementary order paper — the duct tape of lawmaking — contained an inordinate number of amendments, deletions and rewordings.

This was partly due to the work of the aforementioned select committee, which for rapid fire consideration of submissions had split in two, committee chairwoman Eugenie Sage leading one team of MPs and Dunedin Labour list MP Rachel Brooking guiding the other.

While many people would rather walk on broken glass than consider the inner workings of resource management legislation, it is this sort of stuff which propels the Dunedin environmental lawyer to the heights of dizzy ecstasy.

No other MP can summon anywhere near the same level of enthusiasm for the myriad abbreviations inherent in such legislation, nor interrogate the placement of a comma with quite the same verve.

Given that, it will come as no surprise that the select committee had to hold a rare Saturday meeting as it worked its way through 183 oral submissions in almost 32 hours of hearings.

"This is bipartisan, but the members in the committee — I must admit to perhaps being the most vocal — have asked a lot of questions of advisers, of submitters," Ms Brooking owned up, "because we really did want to do our best to bring back as good a Bill as we possibly could."

So, what does the blessed thing do?

Well, for a start it only applies in Auckland, Hamilton, Tauranga, Wellington and Christchurch, but its provisions for fast-tracked building consents and permission for greater intensification of urban areas are likely a precursor of things to come elsewhere.

third reading next week, Act New Zealand in total and the Greens in part had issues with the law changes, for very different reasons.

Act, which staged a filibuster during Thursday morning’s committee stage, raised a host of objections, but its main complaint was the haste with which the Bill was passing through the House and an alleged lack of consideration for how developers were meant to actually build the new houses promised by the Bill.

The Greens, meanwhile, wanted greater provision of green spaces and other environmental safeguards, as well as a requirement to avoid "cookie-cutter" architecture in the newly intensified areas.

However, with the two main parties in support there was no doubt that it would pass and that Ms Brooking will once more get to wax lyrical on the subject of the NPSUD — the National Policy Statement on Urban Development to you and I.

While none of this is glamorous, Labour’s leadership has noted with approval Ms Brooking’s willingness to roll her sleeves up and deal enthusiastically with such technical legislation.

The RMA as a whole is up for review next year, expect Ms Brooking to play a prominent role in that work.

It is easy to criticise politicians for a lack of honesty, but there was no lack of straight talking from Dunedin National list MP Michael Woodhouse this week when asked about his dramatic slide down his party’s rankings.

Mr Woodhouse was never going to hold on to the No4 ranking former leader Judith Collins gave him, but as a senior MP and former Cabinet minister Mr Woodhouse fully expected heftier portfolios than he received and a loftier spot in the party hierarchy.

He was more than a little disappointed and said as much, before making the usual pledge to put his head down and work hard for the team.

There was one neat irony in the portfolios Mr Woodhouse received though: as spokesman for SOEs and statistics he is, once again, shadowing his Dunedin Labour rival David Clark.

New National leader Christopher Luxon had to thread a narrow needle with his reshuffle, somehow making a mostly familiar caucus of 33 look fresh and exciting, but also have the necessary experience and heft to be the government in waiting.

Luxon’s front bench looks lightweight — only two have sat in a Cabinet — but from 11-20 most have been ministers or held portfolios outside Cabinet, so there is some heft there.

The most significant move was the dropping of former minister Todd McClay from shadow Cabinet ranking: Mr Luxon perhaps wanted to drop one senior MP so as to put the remainder of caucus on notice that they need to shape up or ship out, and Mr McClay was made that unwanted example.

Waitaki MP Jacqui Dean being outside the top 20 was no surprise given her role as assistant Speaker, and she will be content with having retained her role as conservation spokeswoman.

Rookie southern MPs Penny Simmonds and Joseph Mooney will also have no reason to grumble, having been given a range of responsibilities which play to their strengths. 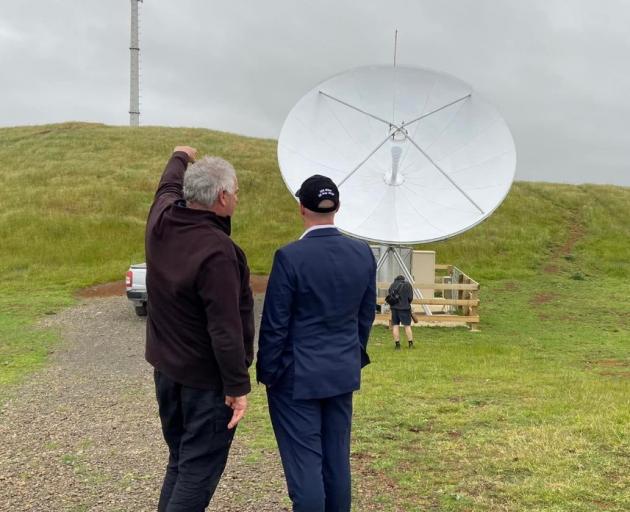 This week, he was there in person to check out the infrastructure on a very grey and windy day.