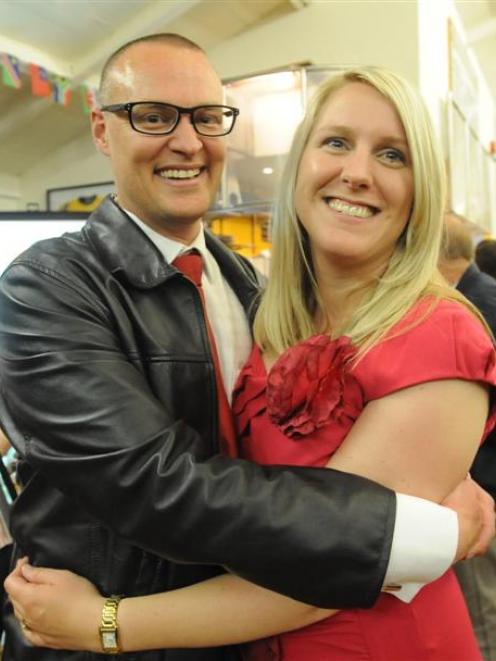 Dr Clark took the safe seat with 3304 more votes than National's Michael Woodhouse. It is less than former MP Pete Hodgson's majority of 7155 in 2008. However, special votes (4139) are yet to be counted.

At a subdued gathering at the Alhambra rugby clubrooms on election night, Dr Clark (38) thanked the Dunedin North party volunteers, previous incumbent Mr Hodgson, campaign manager Barb Long, and list candidate Glenda Alexander, with whom he competed for the candidacy.

Dr Clark is a bright fresh face at a time Labour has lost other rising stars.

The first-time MP is a former Treasury analyst, and has worked for the party, including advising front-bencher David Parker.

Dr Clark, a Presbyterian minister, was labelled the "new Arnold Nordmeyer" by Labour leader Phil Goff, in his concession speech on Saturday.

Sir Arnold, a Presbyterian minister from Dunedin, was credited with being before his time for taxing alcohol and cigarettes in the late 1950s, although Labour was punished for it.

The allusion to the former party leader was "flattering", Dr Clark said. Sir Arnold had foresight, was principled, and had great integrity.

Dr Clark and his wife, Katrina, who have a son, planned strategies to cope with his time away from Dunedin. Dr Clark was aware of the toll parliamentary life could exact on families.

He would resign his role as Selwyn College warden today.

Spending time in Dunedin was important not just for family, but for his electorate, in which he was keen to help constituents, and build Labour's party vote.

"I want to make a difference for Dunedin, and for New Zealand as a whole."

Of possible shadow portfolios, energy and tertiary education were of interest, although he would take whatever role was available for him, he said.

He wanted to keep pushing the Government on its asset sales plan, which did not make sense either economically, or for the energy sector.

He had a strong interest in economics and finance, and how they could shape a fairer society.

Labour had rediscovered its "roots" and would continue on a similar track, but needed to improve communication with the public.

"Labour needs to articulate its case in a way that people can understand."

He lamented the loss of North Island rising stars, such as Stuart Nash, but admitted the situation engendered opportunities for newcomers.

His interest in alleviating poverty was fostered growing up in South Auckland, where his mother, Faye, worked for many years as a GP in Otara.