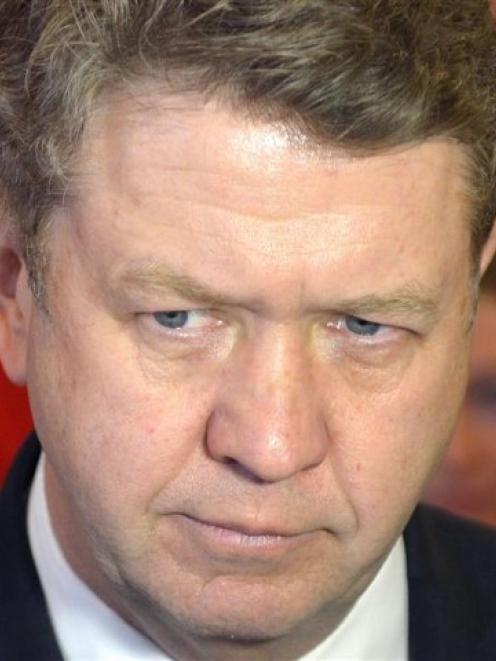 David Cunliffe
Former Labour leader David Cunliffe has been nabbed by police for using his mobile phone while driving.

Mr Cunliffe was pulled over by police yesterday morning near Plimmerton, north of Wellington, after a complaint by a motorist who said he was driving erratically.

It was a second incident in a bad day for Labour MPs.

Mr Little said Ms Sepuloni told him the first she had known of the charges was when One News contacted her for comment yesterday.

The Labour leader expressed his disappointment in Mr Cunliffe, saying no MP was above the law and he would have to face the consequences.

Mr Cunliffe confirmed to the Herald that he "made a cellphone call or two" on loudspeaker while driving to Massey University in Palmerston North.

"A cop pulled me over, I got an infringement notice and I regret it," he said.

Mr Cunliffe said the phone was on "hands-free" mode and he "didn't realise it was an offence", though he clarified that he was holding the phone with one hand. He was fined $80 by a police officer. Mr Cunliffe rejected claims by a witness that he was driving erratically.

Wellingtonian Darryl Smith said a motorist, who he later identified as the Labour MP, overtook his vehicle on the motorway at the bottom of the Ngauranga Gorge.

"He was swerving between the lanes, absolutely no indication whatsoever, changing lanes, nearly hitting cars," he said.

Asked whether he was driving dangerously, Mr Cunliffe said: "I always indicate if I think I am approximate to traffic. I may have changed lanes, but I do not believe I was driving erratically at any point."

A police spokesman for the Wellington region confirmed "enforcement action" was taken by Kapiti-Mana police at around 10.30am in Plimmerton for a traffic infringement. Police could not comment on the identity of the driver "for privacy reasons".

Mr Little yesterday said he was not punishing Ms Sepuloni, saying she would retain her front bench slot and be reinstated as social development spokeswoman whatever the outcome of her mother's court case.

"She hasn't been penalised. It's just that while she has a close family member in this situation there is a conflict of interest for her in the social development role."

One News reported Ms Sepuloni's mother, Beverley Ann Sepuloni, was due in court today on 19 charges of benefit fraud dating as far back as 2003. They included applying for sickness and disability benefits she was not entitled to, applying for rent subsidies and failing to tell welfare officials about her partner.

Ms Sepuloni did not return calls last night but told One News she was not close to her mother and had not known about the charges.

She told the Herald in December that her parents split up in her teens and Ms Sepuloni started skipping school after her Samoan-Tongan father left to work in Australia. She moved out of her mother's place and spent the last year of her schooling living with her principal. Her father now lives with the family in Auckland and helps care for her two children.

Ms Sepuloni has been tipped as Mr Little's likely deputy when he replaces Annette King at the end of the year. Mr Little had criticised National for allowing former MP Mike Sabin to continue as chairman of the law and order select committee while he was under police investigation because the committee was charged with reviewing the police.

'Brighton' rocks, but he's no Cunliffe

Meanwhile, Mr Cunliffe will seek to have removed an online dating profile which uses his image.

According to the website, the picture is of a member called "Brighton", who is 48 years old, weighs 182 pounds (82kg) and works as a civil engineer in Manchester, England. Mr Cunliffe told the Herald he wanted the profile removed.

"It's a joke but we'll seek to get it down," he said. "I wish I was only 182 pounds - but I am not a civil engineer from Manchester. It is clearly a quiet day in the National Party.

And, not content with sending troops to the Middle East, they are up to their old tricks."

Mr Cunliffe said the photo was from when he was in the Hawkes Bay. And he did not have an identical twin.

"There are, however, quite a lot of Cunliffes in Lancashire, but that's not one of them."