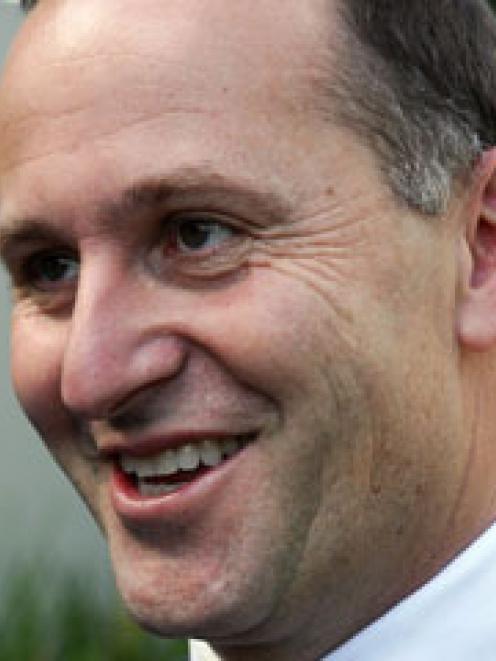 "I think you'll see, over time, a significant number of young New Zealanders engaged in some sort of military-style camp," he said yesterday.

"A lot of young people are going off the rails...we're prepared to invest quite large sums of money to try to make life-changing outcomes."

The Government will introduce a bill to Parliament tomorrow which widens the powers of the Youth Court to deal with serious young repeat offenders Mr Key called "ticking time bombs".

The court will be given a set of new sentencing orders ranging from tight supervision to three-month stays in camps run by the army. Other military-style operations will be run by private organisations.

It will be able to issue parenting orders and its jurisdiction is being extended so it can deal with 12 to 13-year-olds who commit very serious crimes.

The Government intends passing the legislation by the end of this year and its provisions will be fully implemented by 2010.

Initially there will be 40 places in army camps -- four sets of 10 offenders -- and another 175 will be under similar privately-run regimes.

Mr Key said the policy, which he announced in January last year, was targeted at 1000 of the worst young offenders who were seriously and repeatedly breaking the law.

The Labour Party said it would do little to address the underlying causes of youth offending.

"The most unfortunate aspect of the plan is the proposed military-style activity camps, which have been discredited internationally," said social development spokeswoman Annette King.

"They had a reoffending rate of 92 percent -- the highest reconviction rate of any sentence in New Zealand -- and all they did was produce faster, fitter criminals who could outrun the cops."

* Children's Commissioner Cindy Kiro said shock tactics were ineffective and the focus should be on giving young offenders new skills to deal with their problems; and

Programmes that took a therapeutic approach and sought to inspire were far more effective, he said.