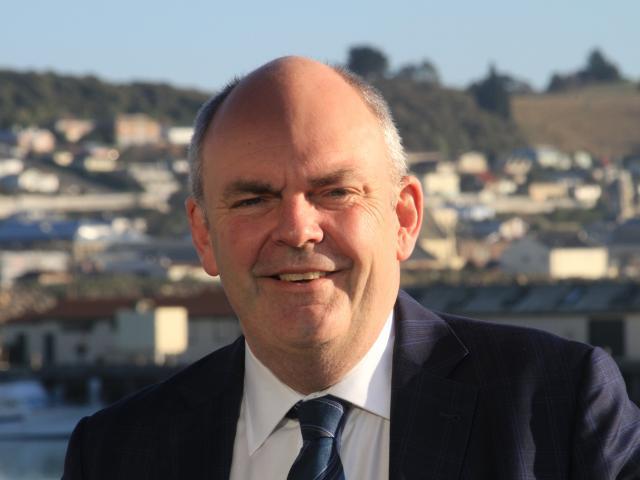 Joyce said he had lots of colleagues and regular New Zealanders telling him to put his name forward.

"My view is it has always been about the National Party, it's not about me personally."

Joyce trusted that he would have support in caucus.

Joyce believed the race was more important than any individual.

"It's all about the future of New Zealand. It's not about me," he told Hosking.

"I worry about the current crowd. I don't think they have a plan and where they have got a plan it will take us backwards."

"It's time to step up, if I believe in what I do believe in."

Joyce called the generational change argument "entertaining" - and noted that there was only 15 years between the five candidates for leader.

Joyce said he got on well with rival candidates Simon Bridges, Judith Collins, Amy Adams and Mark Mitchell - and said that they would all bring different strengths to the role.

National's caucus will meet today for the first time since Bill English announced his resignation as leader, with at least five MPs now vying for their support after Mark Mitchell's late entry yesterday.

Mitchell, an MP since 2011, entered the contest yesterday to go up against Judith Collins, Amy Adams and Simon Bridges for the role which National's 56 MPs will vote on next Tuesday.

The importance of the decision for caucus will be emphasised by last night's One News Colmar Brunton poll which showed Labour's support had climbed to 48 per cent while National's had dropped to 43 per cent, down three points.

About three quarters of that poll was done before English announced he was resigning a week ago.

Taken in the aftermath of Ardern's successful visit to Northland for Waitangi Day, it also cemented Ardern in as the preferred Prime Minister, getting 41 per cent to English's 20 per cent.

Much of Labour's surge was at the cost of its coalition partner NZ First (down to 3 per cent) and support partner the Green Party (down to five per cent). However, the drop for National will concern MPs as they face the uncertainty of how voters will react to a new leader.

Mitchell has some ground to make up – his rivals have spent the last week rustling up support. Mitchell said he expected the contest to be close but believed he had strong enough support to give him a chance and he was in it to win, not just to raise his own profile.

While the others have resisted saying who they would have on their front bench, Mitchell said he would want Steven Joyce to stay on in finance if he was leader.

Mitchell denied he had come to an arrangement with Joyce and while he had spoken to Joyce, he had not told him he planned to say he wanted him in finance.

Mitchell said he had a lot of respect for Joyce after taking part in National's strategy team during the last election.

"My admiration for him grew, especially seeing what he had to deal with when the fiscal hole came up." He insisted Joyce's claims of an $11.7 billion hole in Labour's books was not fabricated: "that hole is still going to emerge."

Mitchell announced his decision at the Orewa Surf Life Saving Club in his electorate – one of the onlookers was club coach and The Bachelor star Zac Franich.

The 49 year old said politically he was a pragmatist who believed in people having choice in their personal lives.

Mitchell's rivals welcomed him to the competition, saying it was good for National's MPs to have choices.

Mitchell has a background as a police dog handler and Armed Offenders Squad member before living in the Middle East for eight years as a security contractor. That role included hostage negotiations and accompanying scientists from the Hague gathering evidence for the war crimes trial of Saddam Hussein.

Mitchell did not believe there was a skeleton in his closet, saying he would not have got into politics if that was the case.

Mitchell relied on that background to make his pitch to be leader, saying it had taught him how to build a tight team.

"The other thing is I'm not scared of taking on an opponent and that's going to be critically important in taking this Government on."

Mitchell has cordial relations with NZ First leader Winston Peters, which he said was courtesy of the Parliamentary Rugby Team.

However, Mitchell took a swipe at NZ First, saying the current Government was developing into one in which "you've got seven per cent that is starting to control 34 per cent [sic]."

"Winston's on notice that if I am successful in the leadership, then he's in Government. I'm in Opposition. We're going to hold them to account."

Mitchell and wife Peggy, the widow of rally car driver Possum Bourne, have five children between them.