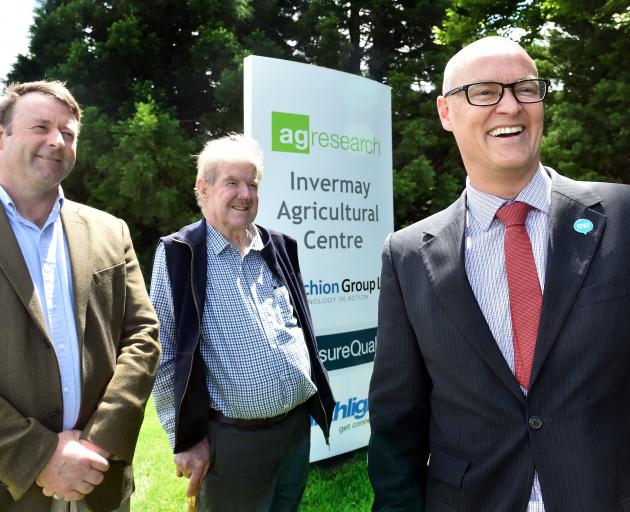 David Clark at Invermay Agriculture Centre. PHOTO: PETER MCINTOSH
A busy last sitting week in the House did not overly tax our southern MPs, but a quick glance at the final order paper of the year suggests 2022 will begin with a hiss and a roar for Dr David Clark.

The Dunedin Labour MP has a diverse range of Cabinet portfolios and, through the luck of the draw, of the 16 government Bills waiting their parliamentary turn, a quarter are in his name.

The Commerce Amendment Bill, the Incorporated Societies Bill and the Financial Markets (Conduct of Institutions) Bill should be fairly perfunctory pieces of legislation, but there is a slight risk Dr Clark might get lost in the weeds when the House reconsiders the Plant Variety Rights Bill.

Regular readers may recall this proposed law change appeared in the column earlier this year after Todd McClay lost a $10 bet with his National colleague Simon Bridges that Dr Clark would not be able to harvest enough material from the legislation to fill his 10 minute first reading slot.

Although Mr McClay did underestimate just how delightful Dr Clark finds teasing out the minutiae of a Bill to be, he did concede that the Bill was an important one — a sentiment backed in a later speech by Labour Dunedin list MP Rachel Brooking, who as a former ecology student had paid a bit of attention to the issues raised in the Bill.

Essentially, a "plant variety right" is a kind of horticultural patent, which allows the breeder of, say, a bigger, better, faster-growing breed of carrot to receive a commercial return for that work.

New Zealand being a major agricultural economy and being blessed with some fine plant scientists, this has been an important enough sector to have its own Plant Variety Rights Office within the Ministry of Business, Innovation and Employment, and it merits having its own rights commissioner.

The Bill, as written, actually opted to do away with the office, but the economic development, science and innovation select committee has begged to differ and recommended it be retained, the first decision Dr Clark has to make.

The committee’s report unanimously recommended that the Bill pass with amendments, but that does not mean there will not be some controversy.

Many of its provisions relate to meeting international treaty commitments such as the Comprehensive and Progressive Agreement for Trans-Pacific Partnership, a document which has aroused angst in certain quarters.

Others might choose to quibble about the Bill’s intention to make explicit that it will give effect to the Crown’s obligations under the Treaty of Waitangi, National stating that while acknowledgement of Maori interests was important, doing so should not impede commercial needs for flexibility and speed of decision-making.

The Bill proposes to establish a Maori plant varieties committee, the MPVC having decision-making power over any applications which related to native New Zealand species, anything which floated or blew here under its own steam, and anything which pre-1769 migrating waka may have carried aboard.

To qualify, the committee has to determine if there is a kaitiaki (guardianship) relationship between Maori and the plant variety, and if granting a plant variety right would be likely to affect that relationship.

As written, the Bill has no right of appeal to an MPVC decision, and the committee recommended an amendment to the Maori Appellate Court be allowed — a second potentially sticky decision for Dr Clark to make.

On the one hand, Treaty obligations are real and should be observed, but the potential exists for the introduction of say, a new variety of grass, to become strung up in a lengthy process where the wood might not be able to be seen due to all the trees.

For now though Dr Clark can ponder these questions at his leisure ... although he might be reminded of them should he decide to pop out into his garden over summer and open a few packets of Yates seeds. 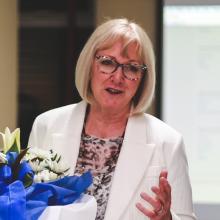 Speaker Trevor Mallard had a few pointed words to say when he thanked assistant Speaker, Waitaki MP Jacqui Dean, at the end of Wednesday’s adjournment debate.

"I want to thank her for all her work and say that some people get stuff that they don’t deserve, and recently Jacqui has certainly been in that category."

It all looked so innocuous on Wednesday when Rachel Brooking asked Local Government Minister Nanaia Mahuta, "Does the minister believe she has engaged in good faith with local councils throughout the Three Waters reform process?". 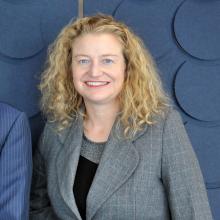 Rachel Brooking
Except for solemn occasions, singing in Parliament is seldom a good idea; it turned out Ms Brooking’s question was asked with the intention of allowing Ms Mahuta to deploy her pipes.

"This Government wants to ensure that we reach a point where on the first day of Christmas, all communities and all ratepayers get", Ms Mahuta said, before adding in melodic manner, to the tune of The 12 Days of Christmas, "clean drinking water, world-class water infrastructure, affordable water rates, professional governance entities, beaches we can swim in, debt off council books, and a pukeko in a ponga tree". 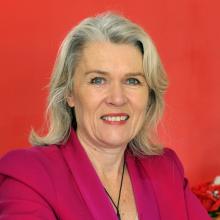 To huge accompanying uproar, Mr Wood explained that the current single-lane bridge built in 1887 was no longer fit for purpose.

Mr Wood was poised to go on to talk, enthusiastically and at length, about the new roundabout being built in Cromwell, before Mr Mallard decided that was quite enough excitement for one day.

'Patsy' questions for oral answer are custom, like oppositional questions for the sake of it from National. A question on behalf of constituents, is, as you point out, not patsy.