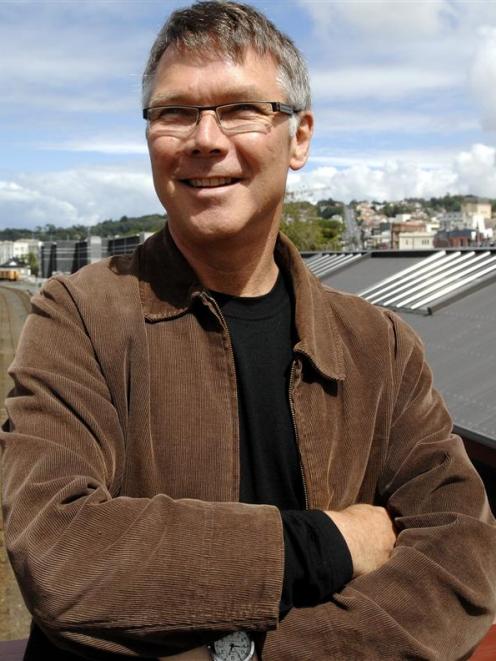 Labour MP David Parker at Dunedin Railway Station. Photo by ODT.
David Parker pledged his loyalty to the South after his election yesterday as deputy leader of the Labour Party.

The election of Mr Parker - a list MP who has a house in Dunedin, visits the city two weekends out of three and still calls the city his base - provides Labour with South coverage to complement Mr Cunliffe's coverage of the North as MP for New Lynn.

Mr Parker said in an interview people still talked about left and right in politics.

He believed the divide was more about ''cosy capitalism'', where government policy was decided deal by deal.

Policies that seemed contentious at the last election, such as a capital gains tax and higher tax for those earning more than $150,000 a year, were more widely supported.

Mr Parker supported lifting the minimum wage to $15 and said there was no difference between himself and leader David Cunliffe on the living wage proposal of $18.40 an hour.

It was wrong that half of the children in New Zealand living in poverty had two working parents and Labour wanted to lift the wages and living standards of those New Zealanders.

Too much money was going into the speculative economy, driving up Auckland house prices, and not enough into the productive economy, creating jobs, he said.

''The changes we are proposing will benefit regions, such as Otago.''

Mr Robertson says he did not want the deputy leadership role, avoiding any chance of an acrimonious vote.

Earlier yesterday, sources told the Otago Daily Times that Messrs Cunliffe, Robertson and Jones met to talk about roles after it was announced that Mr Cunliffe had won the leadership.

The three men had bonded well during the three weeks they spent on the road campaigning for the leadership and wanted that bond to transfer across to caucus.

''They are determined to make it work and the whole caucus needs to keep that in mind. Any disloyalty will be tramped on by the whole of caucus,'' a source said.

Mr Parker was seen as not being offside with Mr Cunliffe on either personality or policy issues. He had wide support in caucus and had worked across all factions.

Mr Robertson was seen as an astute political manager and someone who could challenge Leader of the House Gerry Brownlee on procedure, and Mr Jones had made inroads into converting back to Labour some of the 800,000 people who did not vote at the last election.

Labour caucus members will have a one-on-one interview with Mr Cunliffe to talk about their aspirations, but the new leader already has made some changes.

Dr Clark, seen as a future high-flier for Labour, may shift down the caucus rankings one or two places as Mr Cunliffe accommodates other MPs. However, he is likely to regain the role of tax spokesman, a job he made a good fist of when he was up against long-serving former revenue minister Peter Dunne. Dr Clark's support for Mr Robertson is unlikely to count against him.

Dr Clark could also secure an associate finance role alongside Mr Parker, for whom he worked when Mr Parker drove through the former Labour government's emission trading policy into law.

The future for Dunedin South MP Clare Curran is less certain. She also supported Mr Robertson but blotted her copy book with a tweet accusing supporters of Mr Cunliffe of playing the ''gay card''. Mr Jones took to Twitter to criticise her.