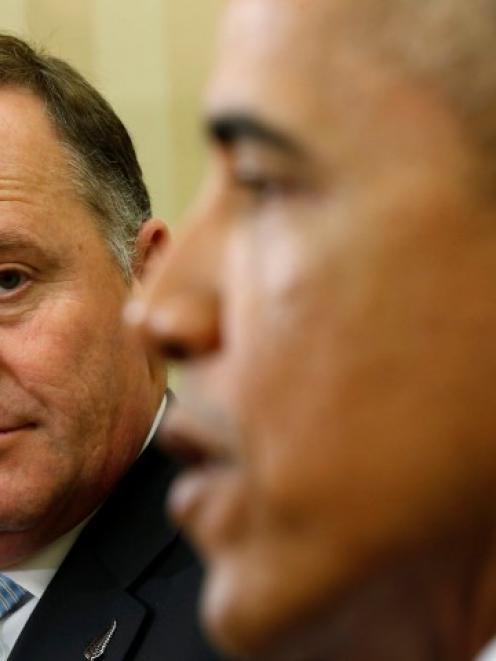 It is not surprising that he went -- he made the same trip the last time he was in Washington in 2011.

This time, it was left off the published schedule of meetings that is handed out to the news media. Last time, it was declared.

Every leader of a country in the Five Eyes alliance -- US, Canada, Britain, Australia and NZ -- can be expected to make such a trip.

Mr Key all but confirmed his side trip to the National Security Agency headquarters to the Herald. Asked if he had gone, he said: "From time to time I always try to make sure I am fully briefed on intelligence matters."

It is likely to have been left off the distributed schedule of his official engagements because of the heightened political sensitivity about the NSA over mass surveillance and the Edward Snowden leaks.

Mr Key also clarified the issue of when New Zealand became fully integrated into the Five Eyes intelligence-sharing network after the anti-nuclear rift with the US.

The two things that had endured "even in the worst of times" of the diplomatic rift were the Five Eyes relationship and Antarctic co-operation.

But the level of intelligence given by the US had been reduced -- and most of the information supplied in Five Eyes came from the US, he said.

In 2009, the US decided to clear New Zealand to again receive top-level intelligence and the country was again fully integrated into the Five Eyes alliance.

That was announced at the time by Secretary of State Hillary Clinton in a press conference with Foreign Minister Murray McCully.

From Mr Key's comments, it appears there was no active decision by New Zealand to rejoin Five Eyes. The decision was taken by the US.

On several occasions during his US trip, Mr Key referred to New Zealand's intelligence agencies in regard to the volatile situation in the Middle East.

After Secretary of State John Kerry suggested the conflict in Syria was attracting fighters who could return to attack their home countries, Mr Key said New Zealand did everything it could to track such people and their movements.

"It's the reason why we have intelligence agencies. It is the reason we didn't back down on the GCSB legislation when lots of people wanted me to, because my responsibility as Prime Minister is to try to keep New Zealanders safe."