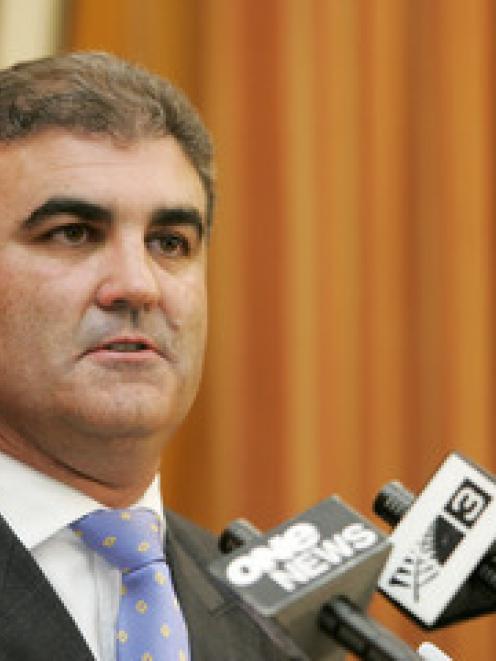 Clayton Cosgrove
The Government has described a meeting called by the real estate industry to challenge newspapers over their coverage as disturbing.

It has also raised questions about what National would do with real estate reform legislation should it win this year's general election.

"Threats were made and to pull advertising ... if favourable coverage was not given," he told Radio New Zealand this morning.

"That's silly, it's intimidation and it's bullying and it's yet another reason why we need to protect the consumer."

Mr Cosgrove has gone head to head with the industry over his reform of real estate law. The Real Estate Agents Bill before Parliament aims to strip the Real Estate Institute (REINZ) of its regulatory powers and establish a new independent Real Estate Agents Authority that will oversee licensing, complaints and disciplinary action for the nation's 18,000 agents.

Last night TV3 news reported REINZ national president Murray Cleland confirming there had been a meeting. He denied advertising was mentioned but said "they recognise we advertise a lot".

Fairfax said there was no threat.

It was also reported Mr Cosgrove was sent a letter by a real estate agent, saying Mr Cleland hoped the Government's bill would not pass before the election.

The letter said: "The statement made was that the National Party, that may well win the election, would probably make changes that better suited the institute."

"What deal has been done between that sector and the National Party? When have they met, what have they said, what commitments have been given and what resource has been supplied if any?

"These are all issues that I think that now have to be examined in light of one of the institute's own members writing to me."

National justice spokesman Simon Power said the party had not met with REINZ since the bill went to select committee for consideration.

He said the party had not discussed what to do with the bill if it did not pass before the election.

National opposes the bill because it does not include property management.