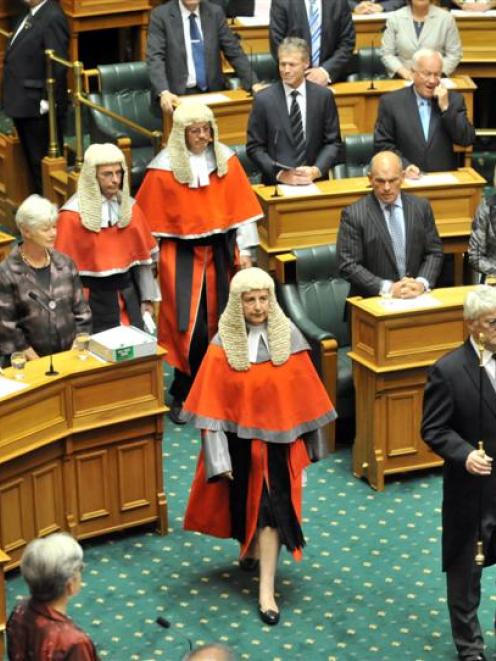 They joined the rest of the MPs in swearing or affirming allegiance to the Queen and her heirs and God.

Mr Woodhouse had the distinction of being in the last group of MPs to take the oath, something he said later was a blessing.

"It pays to be in the Ws and at the end. You can relax and get the feel of the surroundings. It was helpful for me."

The ceremony was remarkable and humbling, he said.

Much history had gone behind the process and more history would unfold in the next few days.

Ms Curran was pleased to be sworn in with Christchurch East MP Lianne Dalziel, who had visited Dunedin South during the election campaign to help Ms Curran win her seat.

"It was great to be standing there with my fellow MPs and feel all that solidarity. Lianne has been very supportive of me."

Ms Curran was looking forward to the next two weeks when the House would be sitting under urgency most days.

"Looking forward, there is something big happening each day. I am trying to get an electorate office opened, write my maiden speech and come to grips with my shadow portfolio. And I am a mother."

Long-serving National MP Lockwood Smith was elected unopposed as Speaker and received generous praise from all parties in Parliament.

Usually, Speakers are reluctant to take the chair, as history dictated that those who proved unpopular lost their heads.

Dr Smith, escorted by National whips Nathan Guy and Chris Tremain, smiled on the way to his chair.

Dr Smith, who was National's choice for speaker after making a big gaffe on the election trail, probably planned on being a minister in the John Key administration.

However, his 24 years of experience in Parliament should stand him in good stead.

He has served under eight Speakers.

"As your Speaker, I commit today to upholding the privileges of this House and its members, and defending your rights and freedoms on which are built the hopes and aspirations of those we represent."

At 4pm, Dr Smith presented himself to Governor-General Anan Satyanand, in the Legislative Chamber, to be confirmed in the position as Speaker.

Despite the general assurances from MPs about good behaviour and respecting Dr Smith's rulings, he no doubt will suffer the same as Speakers in the past, with people muttering about his rulings and eventually being asked to leave the debating chamber.

But the goodwill yesterday made for a warm and pleasant atmosphere in Parliament before the hard work begins today.

Political editor Dene Mackenzie is in Wellington this week. 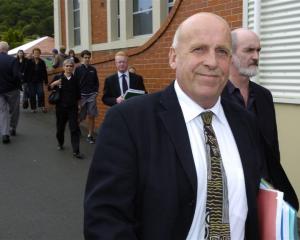