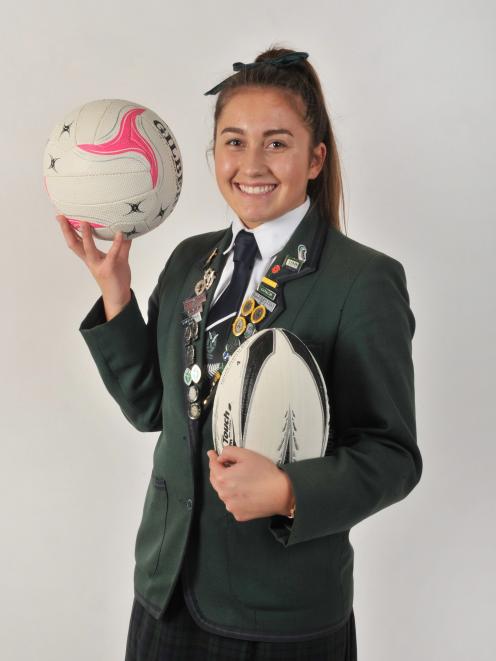 It is fortunate Meg Sycamore is finishing school this year.

The 18-year-old Columba College deputy head prefect is running out of room on her blazer for the stream of achievement badges she receives.

While she is slightly embarrassed by the issue, she is not abashed about her determination to give everything a go.

So much so, she has sung in choirs, participated in Stage Challenge, achieved excellence in NCEA and played in just about every sporting code offered at the school.

Over the years she has been a member of the cross-country, swimming, athletics, multisport, sevens, basketball, handball, touch and netball teams.

More recently, she has started specialising in touch and netball, and is competing at regional, national and international level.

She is also a member of the inaugural New Zealand Warriors women's touch team playing in the NRL Touch Premiership across New Zealand and Australia.

On top of that, she is a member of the Netball South Beko team and the Dunedin under-19 A netball team, and attended the Netball New Zealand National Development Camp.

Ultimately, she hopes to play professional netball or touch rugby.

But recently she tore some ligaments in her ankle and ended up in a moon boot, which helped her realise she could not rely solely on sport as a career.

''Sport can only take you so far. I recently learned, an injury can end a sporting career without warning.''

So she is making plans to study law at the University of Otago, with the aim of becoming a sports lawyer, alongside playing as much sport as she can, for as long as possible.

Hopes for the future: To study law at the University of Otago. 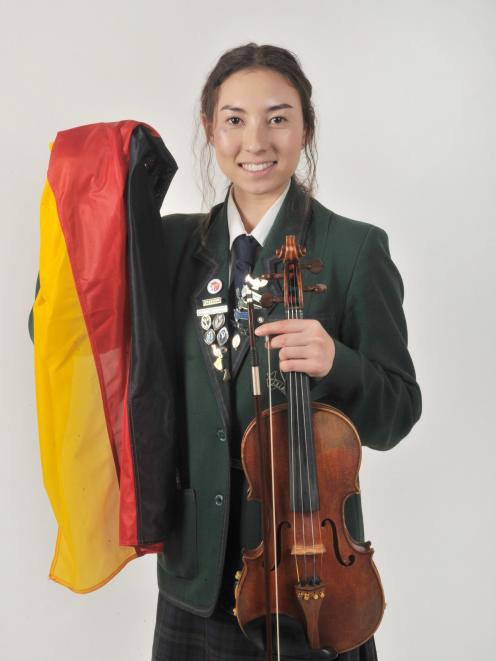 When Victoria Williamson first started violin lessons, she didn't have to look far for inspiration to practice.

''My mother started playing violin at the same time as I did, and my sister also plays. So it was us three violinists, all in the same house.

''It was always my mum's goal to have both of us play a musical instrument because it was something she regretted not doing when she was young.''

A decade later, the 17-year-old Columba College arts prefect is revelling in her musical success.

Victoria has already achieved grade 8 with distinction and an associate diploma in violin performance from the St Cecilia School of Music, and was this year selected as principal second violinist for the New Zealand Secondary Schools Symphony Orchestra.

She is a member of the Dunedin Youth Orchestra, the Community Orchestra and the Columba College Orchestra.

Like her mother, Victoria is now fostering a love of music in young people by teaching at Saturday Morning Music Classes.

Her keen musical ear also transposes into a flair for German, which she has studied since year 9.

Last year she was selected to participate in the Goethe Institut Deutscholympiade in Wellington, and in January this year she spent three weeks in Frankfurt as the recipient of a PASCH Jugendkurs Scholarship.

Sometimes, much to her delight, her passion for music crosses over - such as when she played in the New Zealand Secondary Schools Symphony Orchestra and she was able to have a conversation with the German conductor.

Victoria also has a passion for science and has won major academic prizes at Columba.

Next year, she plans to study health sciences at the University of Otago and go on to study dentistry.

She also hopes to gain her full diploma in violin performance and revisit Germany for a longer period.

Hopes for the future: To study health sciences and then dentistry at the University of Otago.