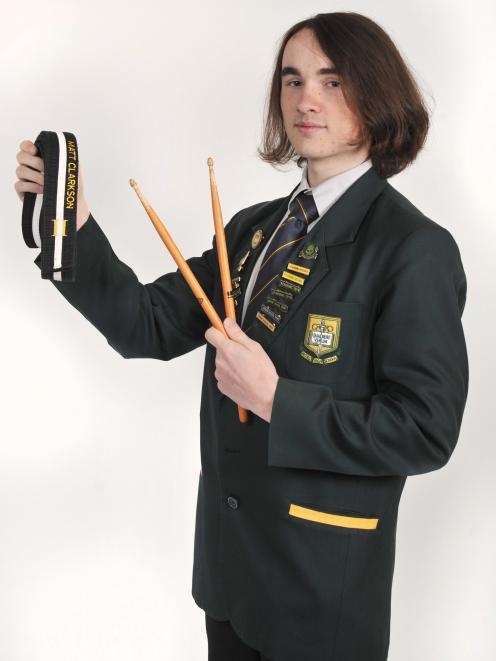 Matt Clarkson marches to the beat of his own drum.

The 17-year-old Bayfield High School pupil loves the freedom of expression and diversity in music-making, and aims to make it into a career if he can.

"There’s nothing that can stop people from making music, so I make music too."

Matt said music was an interest that emerged naturally.

"Back in primary school I was sitting and watching a concert and started to play the air drums so my teacher at the time got me a drum teacher and I’ve been into music ever since."

As well as making his own album, he has entered the Play It Strange song-writing competition numerous times, and was a finalist in 2017 and 2019.

He has entered the competition this year and is awaiting the results.

His other passion is taekwondo, which he picked up from a young age.

"I was 5 years old and my parents put me on to martial arts.

"I loved it, so I’ve been doing it ever since."

He earned his second degree black belt in taekwondo in 2019, the only junior with the qualification in the region.

An accelerate maths programme in year 10 led him to take part in a university-level calculus course at the University of Canterbury this year.

Matt would love to be involved in music production, but has a few back-up plans if that does not work.

"I’m planning on studying music and physics to cover all my bases." 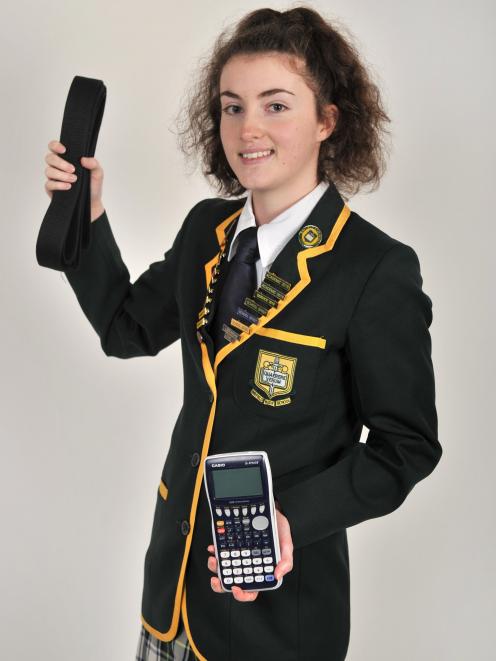 The 17-year-old has a first degree black belt in karate, a passion she discovered at the age of 10.

"I just decided to give it a go. I haven’t looked back — it teaches you a lot, it has quite an impact on the rest of your life."

In 2017, she got her Okinawan Goju-Ryu first degree black belt, which involves being able to spar, perform kata and drills, and taking responsibility with teaching and assisting in classes.

"A lot of sports are quite competitive but karate is more like you’re doing it for yourself. It’s not just a sport, it’s a way of life. It teaches you determination, discipline and being an all-round good person."

The head girl is also heavily involved in school life and academia.

She is a member of the student council this year, and received her school’s service blue in 2019 for activities including buddy reading, assisting at events and in the school library.

In years 11 and 12, she had NCEA excellence endorsed and took level 3 calculus a year in advance, achieving merit in the subject.

She considers other achievements taking part in Hands-On Geography at the University of Otago earlier this year and attending the Spirit of Adventure at the end of last year, where she was given the captain’s award.

She is hoping to return as a leading hand and volunteer on some further voyages before the end of the year.

Her proudest achievement to date is being made head girl and the opportunities this gives her to make a difference for others, or her black belts in karate.

While she has not made her mind up about the future just yet, she is open to all possibilities.

"Maybe I’ll do teaching a bit further down the line, but I probably will study something different first."