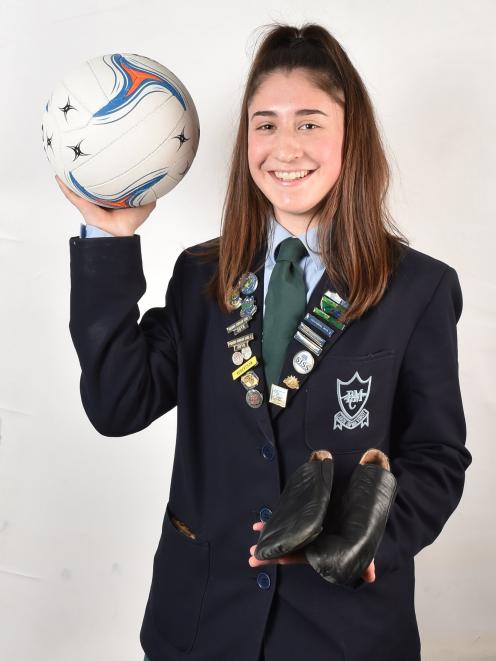 Although she has no shortage of options, the path ahead is clear for Olivia Reihana.

The year 13 student at Tapanui’s Blue Mountain College is certainly a girl of many talents.

But the art and design side of her life will be her direction of choice in 2021 — she plans to study for a bachelor of design communication degree at Otago Polytechnic in Dunedin.

"I’ve always been interested in arty things and design since I was really little," she said.

The 17-year-old is also a bit of a sports nut and is co-captain of her high school’s top netball team.

At a representative level, the sport has even taken her as far as Auckland.

"I’ve grown up with my sisters and my mum and they’ve always played netball and so that’s how I’ve got into the sport side of things and I’ve just carried that through until now, pretty much."

On top of all this, Olivia is deputy head girl at Blue Mountain College, a role that gives her plenty of skills to take to the netball court.

"It’s helped me step up as a leader and the skills I have gained from that helps me on the court ... and also communication."

Olivia certainly has a lot on her plate, but rather than being overwhelmed by it all, she simply chooses to "take it as it comes".

"I do get stressed occasionally but I try not to think about it. I go out for a run, get fresh air, and that kind of helps." 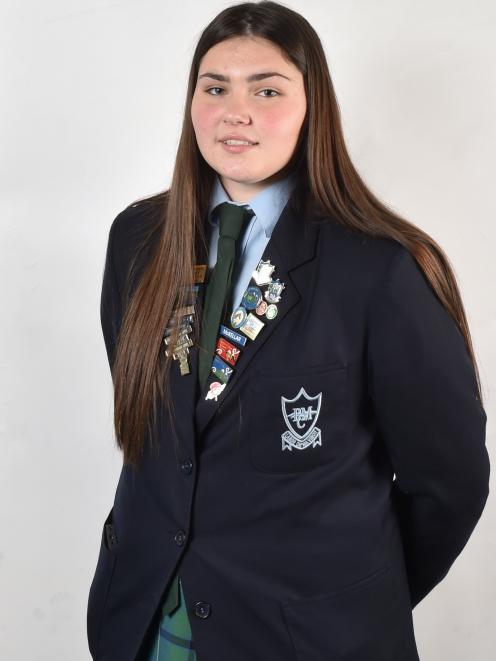 A love for people and challenges are two things that certainly inspire Tapanui’s Sydney Robertson.

The 17-year-old Blue Mountain College pupil has had a busy final few years of schooling — she’s pursued netball, the performing arts and everything in between.

"I quite like being a part of a team — it’s always good to have that sort of feeling — and I quite like keeping active as well," she said.

"I’m busy every single day with everything and I always seem to be taking on new challenges and new stuff to do."

A range of experiences has no doubt given Sydney plenty of memories to take into adulthood, especially from the Duke of Edinburgh award tramps.

"We went on a Silver Tramp last year to Port Craig and ended up swimming with dolphins."

In 2021, Sydney plans to study primary teaching at the University of Otago.

However, she also wants to train for her class 2 truck licence so she can work alongside her parents at Tapanui’s Road Transport Logistics.

"Hopefully, in the school holidays I’ll be able to come back home and do some truck driving."