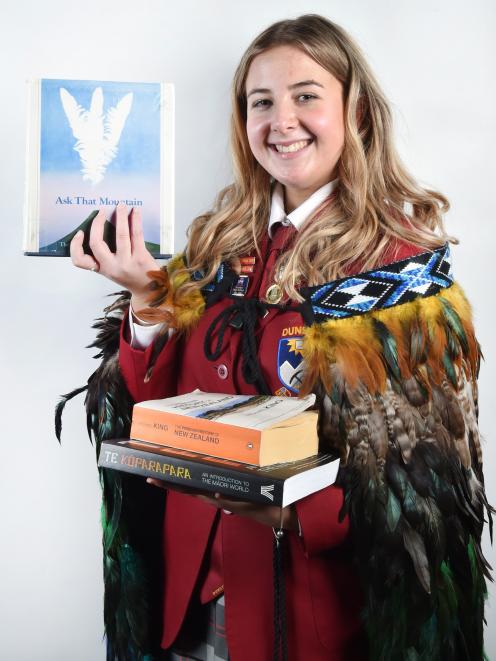 The Dunstan High School, in Alexandra, board of trustees representative has her sights set on Canterbury University next year.

There, she will study for a bachelor of arts degree majoring in te reo Maori, with a minor in history and tourism management and marketing.

While progression had been made in making Maori language more prevalent in everyday usage, there was room for improvement, she said, particularly in Central Otago.

"We’re not exposed at all."

She said she believed becoming fluent in te reo Maori would open doors for her as the country became more and more embracing of Maori culture into the future.

Ideally, that would encompass a role with Ngai Tahu.

In her accomplished academic career she cites taking part in a Steam (science, technology, engineering, arts, mathematics) programme in Hawaii with Te Pokai Ao in 2019 as a highlight.

Her other achievements make a long list in which leadership is a recurring theme.

As well being elected as a student representative to the Dunstan High School board of trustees this year she also appointed Pou Maori Wahine representative and camp leader.

In year 12, she earned excellence subject endorsements in NCEA level 2 in 2019.

In 2018 she achieved merit endorsement in NCEA level 1.

Away from the classroom she has excelled in sport as part of the Dunstan High School girls rugby first XV in 2018 and 2019.

Culturally, as well as her trip to Hawaii, she was awarded the Mana Pounamu Junior award in 2018, is on this year’s school formal committee, and is the Central Otago Youth Council Maori representative.

She has trod the boards on many occasions in musical theatre.

Role model: My Maori teacher, Dr Delyn Day, who despite not having Maori blood is fluent in te reo.

Hopes for the future: To raise the awareness and usage of the Maori language in general society. 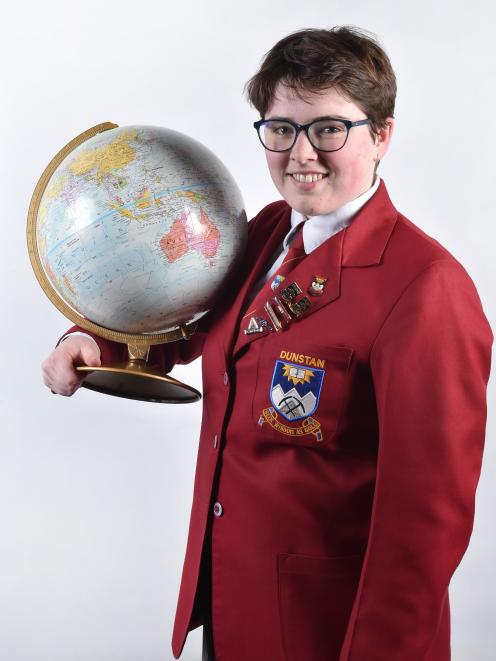 Head girl at Dunstan High School, in Alexandra, she admits her plans for next year are fluid but "some form of tertiary education" - either at Otago or Canterbury universities.

Her preference is for the latter as she was born in Canterbury and has family connections there.

As for disciplines to study, she said she leaned towards a bachelor of science degree but also had an interest in mathematics, astronomy and politics.

"There’s so much out there," she said.

For her the challenge is in taking scientific principles and breaking them them down into practical applications people can understand and use.

That was something she could relate to when Covid-19 began to sweep the globe, she said.

"It’s about communication and we’ve seen that in the past few months."

Some countries had done well in providing "reliable and credible" information and some had not.

Whatever career path she chose, she hoped she could take complicated information, dissect it and make it understandable for the greater good.

In 2018 she was a part of a team of five Dunstan High School pupils invited to France after the team placed second in the 24-hour space technology hackathon ActInSpace contest held in Christchurch.

"I guess they liked our idea. We weren’t competing so we were more of a novelty."

The trip to the Toulouse Space Show placed them in a similar 24-hour problem-solving exercise, she said.

In January she took part in the Women in Engineering Residential Programme at Canterbury University.

Hopes for the future: To put my skills into practice to actually help people.