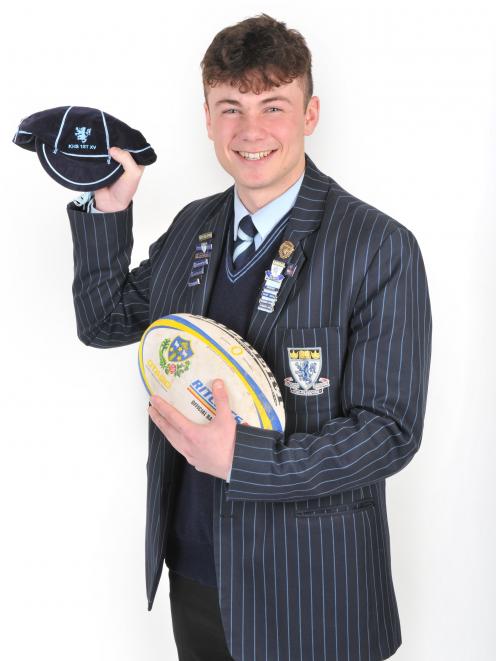 Ben Paku says it’s not the size of the man, it’s the size of his heart that matters most.

If people have passion and willingness, they will succeed at whatever they put their mind to.

So far, his big heart has led him to become the school’s 1st XV vice-captain, a Highlanders under-18 training camp member, an Otago under-14, under-16, and under-17 rugby representative as well as finishing second at the New Zealand Touch Championships.

One of the 18-year-old King’s High School head boy’s salient qualities is his capacity to relate well to very different people, and he is always prepared to learn from his experiences with them to improve himself.

"I learn from the people I help. I keep an open mind around everything.

"It’s interesting to see their reaction to what I’m saying.

"Obviously you’ve got your own stuff and you get set in your ways. But when you see them take something you’ve said, and then build on to it, that’s really cool to see.

He believes in hard work — particularly when it comes to academia.

"Nothing’s ever given to you on a platter. You’ve got to do the mahi.

"Growing up, I probably wasn’t the best academically. For me, I had to stay home and work a bit harder."

That’s why achieving NCEA level 1 and 2 with excellence has been one of his most rewarding achievements.

Next year he plans to study sporting development and management at the University of Otago, while working on his rugby skills in the hope of one day playing for the Highlanders.

Ultimately, he sees himself as a professional rugby player, or coach or manager of an Otago sporting team.

Hopes for the future: To study sporting development and management, and play rugby for the Highlanders. 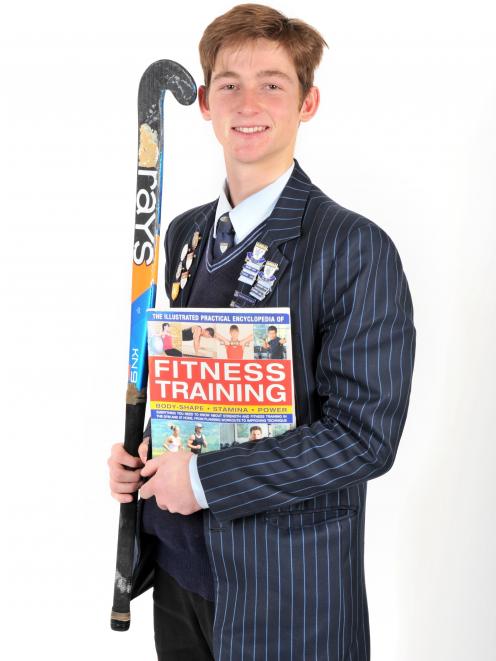 If everyone is moving forward together, then success will take care of itself.

King’s High School deputy head boy Patrick Ward (18) is the epitome of a team player and it is that mindset that has helped him become captain of the school’s 1st XI hockey team, co-captain of the Otago under-18 hockey team, a member of the South Island Secondary School Hockey Premiership and New Zealand Secondary Schools Rankin Cup hockey championship-winning teams, and a member of the Otago senior men’s hockey squad, the Taieri Hockey Club Tuatara senior men’s premier grade team and the Southern under-18 men’s hockey teams.

"You can’t just do it all as an individual when you’re in a team sport. You’re only as good as the players around you."

Patrick has been privy to a lot of high performance training over the years and he is very keen to pass on the skills he has acquired.

He spends a lot of time with younger hockey players, helping them with their technique, using his nurturing nature and positive comments to bring out the best in them.

He has a modest personality and quiet determination that give him an easy rapport with people.

Others follow his leadership because they see that he believes in what he’s doing, and that it is worthy.

Patrick hopes to be selected for the New Zealand under-18 hockey squad, which will be announced at the end of the year.

He sees it as a stepping stone to his ultimate goal of one day playing for the Black Sticks.

Alongside this goal, he plans to study surveying, geography and sport management at the University of Otago next year.

The subjects give him a generous number of career options, but at this stage, he hopes to forge a career in surveying.

Hopes for the future: To study geography, surveying and sport management at the University of Otago. 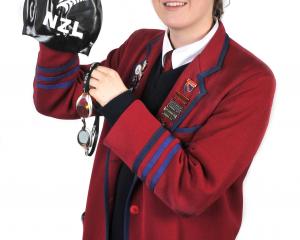