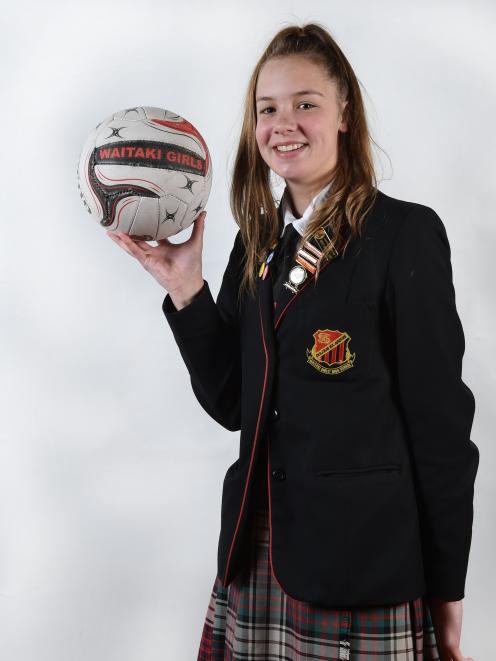 Laura Dunshea suspects having a twin brother, Jack, might have something to do with her competitive, determined nature.

Both are high achievers at sport, Jack captaining the Waitaki Boys’ High School first XV rugby side, and Laura the Waitaki Girls’ High School Wildfire netball team which plays in the top grade of the North Otago competition.

"I just love playing the game — the competitiveness of it. I like to win."

She not only enjoys playing, but is also developing her coaching skills.

"It definitely helps grow my confidence and it’s rewarding watching the juniors grow as players."

Laura was born in Christchurch but after the earthquake, she and her family moved, firstly to Dannevirke and then to Oamaru in 2014, when Laura was in year 7.

She is deputy head girl at the school and chairwoman of the student council.

Her next move will be to the University of Otago where she plans to study for a bachelor of applied science degree which, she hopes, will help her towards an eventual career as a physical education teacher.

Academically, Laura enjoys the challenge of mathematics and has achieved in statistics.

She is of Taranaki Ngati Tama descent and continues to develop her Maori knowledge at Waitaki Girls’.

She was selected for the Te Waipounamu under-19 netball team to take part in the Maori netball nationals in Whangarei at Easter, which was cancelled because of Covid-19.

For the past three years she has had a part-time job at the Short Black Cafe, which she fits in around her sports schedule, including netball, social touch rugby and basketball. 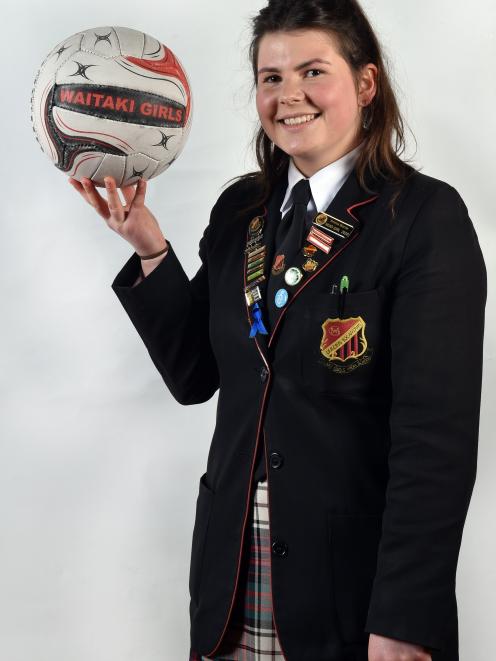 Making the world a better and fairer place is top of the agenda for Waitaki Girls’ High School student Emma Borrie.

Emma was voted head girl by her peers and staff this year and puts that down to being "quite a people person" who enjoys socialising and making connections.

She describes herself as "well-rounded; a jack of all trades and a master of none.

"I like to go out there, take myself out of my comfort zone and try my hand at different things."

Emma lives with her family at Papakaio, which had an "awesome, village-raises-the-children type of feel".

"Community is really important to me," she says.

Emma is deputy leader of the Enviro Club which organises school events including beach cleanups, tree planting and, at present, a waste audit.

The environment was a "critical focus within schools and communities", she said, "because it has a massive effect".

"Even if we can do just a little bit now, we will be making all the difference later on."

Emma is chairwoman of the Youth Council whose main roles are to get the voice of youth heard and to support youth.

That has involved organising events such as movie nights and talent quests.

Emma said the youth council was using the Covid-19 "opportunity" to refocus on what was important.

"Because we are a small tight-knit community, we want to have more opportunities for youth to have their say and also showcase their talents."

She is planning to study for a bachelor of science degree majoring in psychology at either Otago or Canterbury university.

"The criminal justice side really interests me. Our justice system is not completely fair or equitable. I would love to a be part of building a better future where everyone is treated fairly."