Defiant Gaddafi vows to fight on 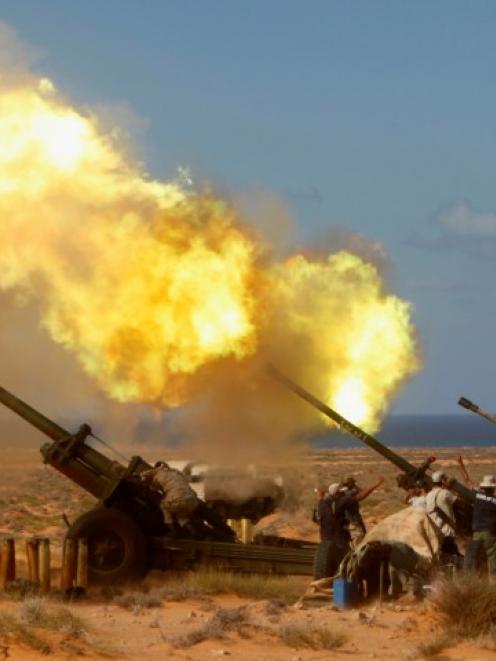 Anti-Gaddafi forces fire a Howitzer at the artillery line in Om El Khanfousa, Libya. Photo: REUTERS/Esam Al-Fetori
The voice of Muammar Gaddafi boomed out from his hiding place on Thursday, denying he had fled Libya and cursing as rats and stray dogs those whose efforts to start governing in his place are being frustrated by his die-hard followers.

The man running that interim government, in Tripoli for the first time since its motley forces seized the capital, hailed a great victory. But he told his rebel allies that "the tyrant" was not yet finished and warned against the kind of factional in-fighting which some see as growing threat to the new Libya.

"This is a stage where we have to unify and be together," said interim prime minister Mahmoud Jibril, who noted Gaddafi still had bastions of support, two weeks after Tripoli fell. "Once the battle is finished ... the political game can start."

"If we discover that we are not on common ground, then I will retreat and leave it to others who may be more capable of taking part in this experiment," he said.

Earlier, Gaddafi said in what Syria's Arrai TV said was a live broadcast from Libya: "We will not leave our ancestral land ... The youths are now ready to escalate the resistance against the rats in Tripoli and to finish off the mercenaries.

"Our resolute Libyan people, the Libyan land is your own," said the 69-year-old who ran the country from the age of 27 until two weeks ago. "Those who try to take it from you now, they are intruders, they are mercenaries, they are stray dogs."

Backing up his words, volleys of Grad missiles flew out of Bani Walid, a desert town south of Tripoli where a hard core of loyalists -- estimated by their opponents at about 150 -- are under siege by the new interim government's forces. Some of its commanders suspect Gaddafi himself might be hiding inside.

Two of the defenders were killed and one of the siege force wounded in overnight skirmishing, though a military spokesman for the National Transitional Council said the new rulers would abide by a truce until Saturday to allow negotiated surrenders at Bani Walid and Gaddafi's home town of Sirte, on the coast.

"We can do it within two hours maximum," Ahmed Bani said of taking over Bani Walid. He said he believed Gaddafi's son and heir-apparent Saif al-Islam was there, though he did not share the belief of some others in the NTC that his father was.

Referring to the arrivals this week of senior Gaddafi aides in Niger, across the desert, which prompted talk that Gaddafi might already have fled Libya, Bani said: "He's a fox. Maybe he wants us to believe that he's out. But he's inside ... close to the border so that in an emergency he can escape."

In remarks which clearly indicated he was speaking after the reports from Niger came out, Gaddafi himself said: "This is not the first time that convoys drive in and out of Niger."

Residents fleeing Bani Walid, 150km south of Tripoli, have said Gaddafi loyalists were intimidating people and supplies were low. Information from the town is limited.

Jibril, head of the NTC's Executive Committee, said the die-hards in the town appeared set on fighting and warned that, despite the ceasefire, NTC forces would hit back if fired upon.

Its fighters edged forward to the outskirts of the town late on Thursday, and exchanges of fire increased.

But on a first visit to establish a presence in the capital after months touring world capitals drumming up support, Jibril seemed more concerned about the risk of premature politicking among those so far united largely by their hatred of Gaddafi:

"Perhaps some thought the tyrant had already left and that the regime had toppled. And this has brought to the surface some differences," he told a news conference in a city where militias from potentially rival political and regional factions have been staking out territory for the past two weeks.

Despite the sweeping and sudden nature of their victory in Tripoli two weeks ago after six months of civil war, the new leadership is still struggling to impose its authority across the capital and the rest of the sprawling, oil-rich desert nation which is home to just six million people.

The stalemates around Sirte, Bani Walid and south into the desert town of Sabha -- all pro-Gaddafi bastions -- means the original rebel stronghold of Benghazi is still largely cut off from Tripoli, an 800km drive away to the west.

NTC leaders have said they hope to be pumping oil again next week, and the new head of the central bank briefed the media on Thursday to assure Libyans and their foreign business partners that the bank had not been looted by fleeing members of the old regime. Business as usual was the watchword.

Jibril assured people in Tripoli that the NTC would have completed its move there from Benghazi by the end of next week -- though previous forecasts have been followed by delays.

Some of that hesitation seems to stem from long-standing regional rivalries and from a sense that Tripoli may not be a safe place for every Libyan official, as potential political rivalries coalesce around the rebel brigades which swept in to the city from different towns and provinces, eager for a share of power that for 42 years was in the hands of one man only.

The US ambassador to NATO, Ivo Daalder, said Gaddafi's capture might not signal the end of the conflict: "It isn't clear that if he were to be taken out that the whole thing would necessarily collapse; we just don't know that."

Western officials are also keen to play down the extent to which they will -- or can -- help track Gaddafi down.

A diplomat, who spoke on condition of anonymity, repeated alliance statements that NATO was not searching for Gaddafi and suggested its surveillance did not cover Libya's vast desert.

"It is very expensive and difficult to monitor the entire country, which is mostly desert and very big," he said, noting most Libyans lived close to the Mediterranean coast. "Since this was fundamentally about protecting people, rather than watching sands, this was where the resources were located." 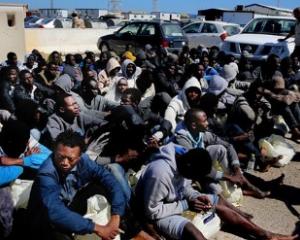 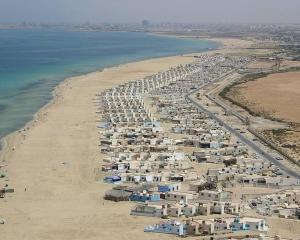 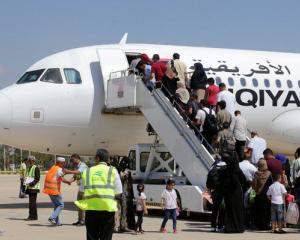 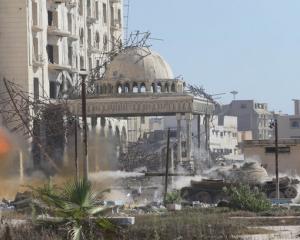 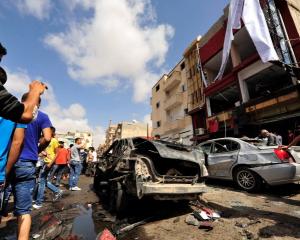 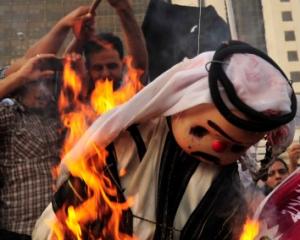 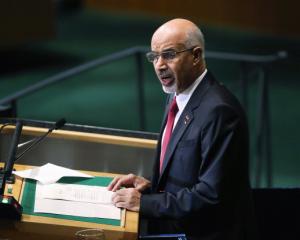 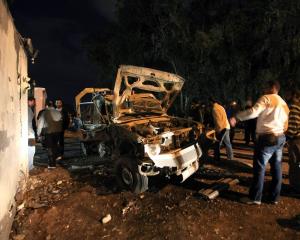 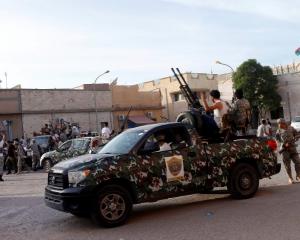 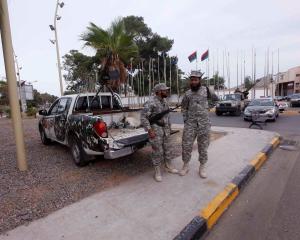 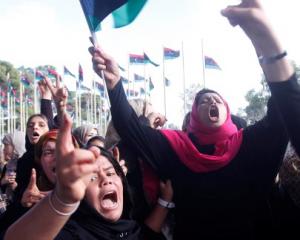