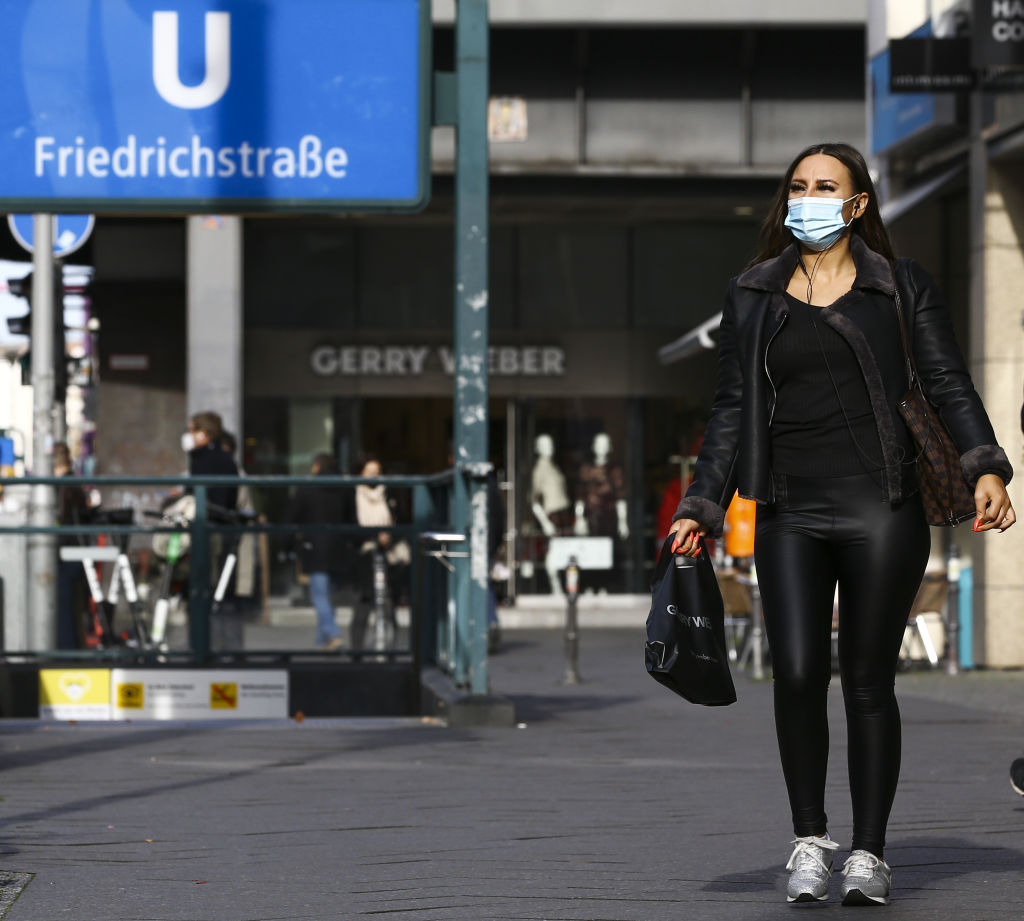 A masked woman walks along a street in Berlin. Photo: Getty Images
French President Emmanuel Macron and German Chancellor Angela Merkel have ordered their countries back into lockdown, as a massive second wave of coronavirus infections threatens to overwhelm Europe before the winter.

World stock markets went into a dive in response to the news that Europe's biggest economies were imposing nationwide restrictions almost as severe as the ones that drove the global economy this year into its deepest recession in generations.

"The virus is circulating at a speed that not even the most pessimistic forecasts had anticipated," Macron said in a televised address. "Like all our neighbours, we are submerged by the sudden acceleration of the virus."

"We are all in the same position: overrun by a second wave which we know will be harder, more deadly than the first."

Under the new French measures which come into force on Friday (local time), people will be required to stay in their homes except to buy essential goods, seek medical attention, or exercise for up to one hour a day. They will be permitted to go to work if their employer deems it impossible for them to do the job from home. Schools will stay open.

Germany will shut bars, restaurants and theatres from Nov. 2-30 under measures agreed between Merkel and heads of regional governments. Schools will stay open, and shops will be allowed to operate with strict limits on access.

"We need to take action now," Merkel said. "Our health system can still cope with this challenge today, but at this speed of infections it will reach the limits of its capacity within weeks."

Her finance minister, Olaf Scholz, posted on Twitter: "November will be a month of truth. The increasing numbers of infections are forcing us to take tough countermeasures in order to break the second wave."

France has surged above 36,000 new cases a day. Germany, which was less hard-hit than its European neighbours early this year, has seen an exponential rise in cases.

In the United States, a new wave of infections has been setting records with six days to go until Election Day. President Donald Trump has played down the virus and shows no sign of cancelling public rallies where his supporters often refuse to wear masks or keep a safe distance.

European stock markets closed at their lowest levels since late May on Wednesday. In the United States, the S&P 500 was down 3%.

In an effort to blunt the economic impact, Germany will set aside up to 10 billion euros ($US12 billion) to partly reimburse companies for lost sales. Italy has set aside more than 5 billion euros. 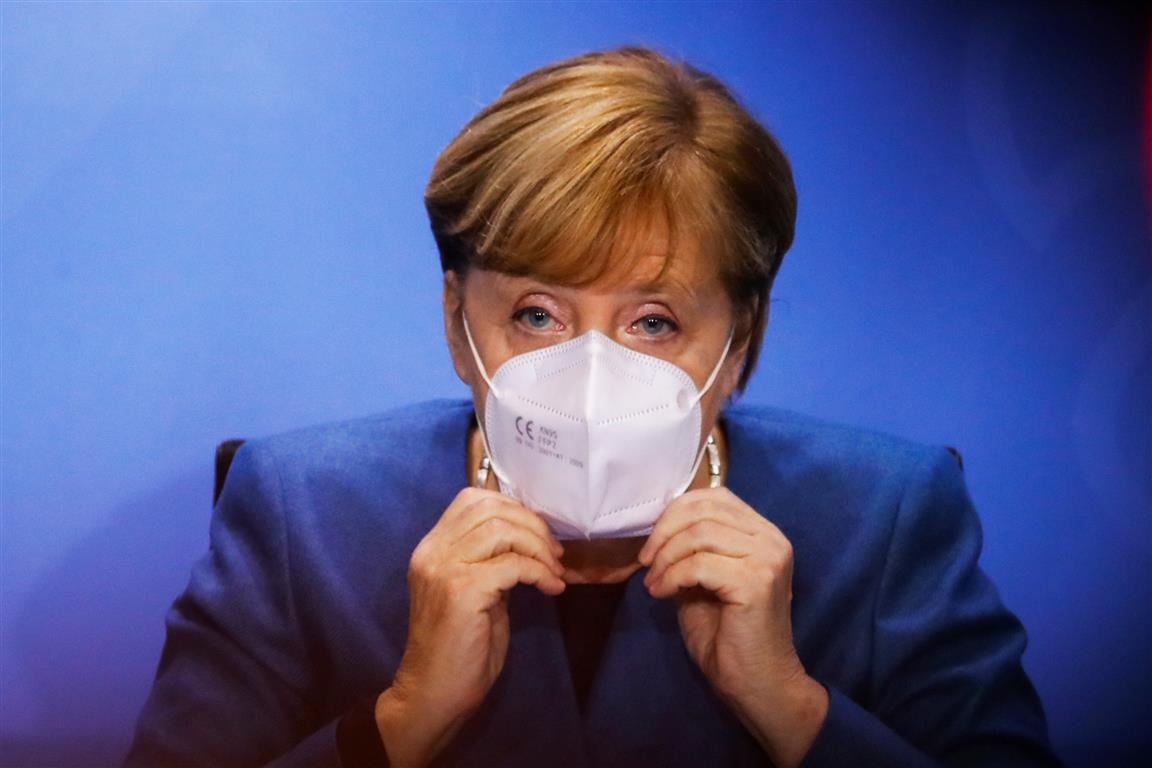 German Chancellor Angela Merkel puts on her face mask at the end of a news conference in Berlin. Photo: Reuters
If we wait it will to be late

While leaders have been desperate to avoid the crippling cost of lockdowns, the new restrictions reflect alarm at the galloping pace of the pandemic from Spain, France and Germany to Russia, Poland and Bulgaria.

"If we wait until the intensive care units are full, it will be too late," said German Health Minister Jens Spahn, whose country already has taken in patients from its neighbour the Netherlands, where hospitals have reached their limits.

Russian Deputy Prime Minister Tatiana Golikova said on Wednesday that hospital beds were at 90% of capacity in 16 regions of the country, while officials have warned that even well-equipped health systems like those in France and Switzerland could reach breaking point within days.

Hopes that new treatments might curb the spread were dented when the head of Britain's vaccine procurement task force said that a fully effective vaccine may never be developed and that early versions were likely to be imperfect.

The latest figures from the World Health Organization on Tuesday showed Europe reported 1.3 million new cases in the past seven days, nearly half the 2.9 million reported worldwide, with over 11,700 deaths, a 37% jump over the previous week.

So far, more than 42 million cases and more than 1.1 million deaths have been recorded worldwide from the virus, which was first identified in the central Chinese city of Wuhan at the end of last year.

Governments across Europe have been under fire for a lack of coordination and for failing to use a lull in cases over the summer to bolster defences, leaving hospitals unprepared.

Since the weekend, police and protesters have clashed repeatedly in Italian cities from Naples to Turin. Restaurant owners and business groups have been critical.

"At 6 p.m. public transport is often crowded. You take the risk because you have to get to work. You wear a mask, you take hand gel with you," Elio Venafro said after getting off a bus in central Rome on Wednesday. "It's the new normal."