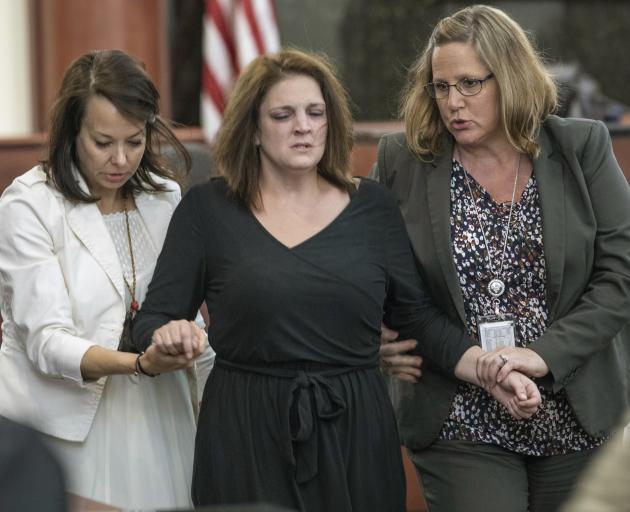 Amber Kyzer (centre) is helped out of the courtroom on Monday. Photo: The State via AP
Amber Kyzer dabbed tears from her eyes for most of her testimony and sobbed at the death penalty trial of her ex-husband, charged with killing their five young children.

But then a prosecutor asked her to read a letter she wrote the oldest child, trying to comfort her over the divorce and the pain of suddenly being in a broken home.

"You kids are my world and Mommy and Daddy were really blessed to have you," Kyzer said, pausing, then burying her head in her hands on the witness stand and breaking into heaving sobs on Monday.

"Oh god. Oh god. My babies. My babies," Kyzer cried as the judge rushed to get the jury out of the courtroom.

Kyzer's ex-husband on trial for his life, Timothy Jones Jr stood up and looked at her, but showed no emotion in footage of the trial being livestreamed from the Columbia County Courthouse. 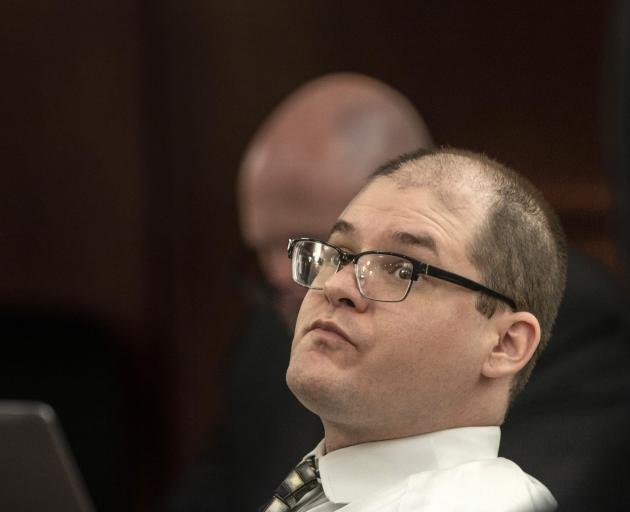 Prosecutors said he killed 6-year-old Nahtahn in a rage after finding the boy, fascinated by electricity, had broken an outlet in their home near Lexington in August 2014. Jones then strangled 8-year-old Mera and 7-year-old Elias with his hands and 2-year-old Gabriel and 1-year-old Abigail with a belt, prosecutors said.

After killing the children, authorities said Jones wrapped their bodies in plastic and put them in his SUV, driving aimlessly around the Southeast US for most of nine days before leaving their bodies on a hilltop in Camden, Alabama.

Jones was arrested at a Smith County, Mississippi, traffic checkpoint, where an officer testified he recognised a strong odour coming from the car he recognised as "the smell of death."

Prosecutors called the pathologist who did autopsies on the children to the stand Monday, but refused to show pictures of the bodies. Defense attorneys wanted them shown because it might aid in Jones' insanity defense to show how badly decomposed the bodies were in the back of the SUV, but Circuit Judge Eugene Griffith refused.

Last week, prosecutors played Jones' confession to police. In it, he said he was angry at Nahtahn for breaking an electrical outlet and forced him to exercise for hours since he would not admit what he did and feared the 6-year-old was plotting to kill him. Jones said he found his son dead several hours later, although the pathologist testified it appeared the boy was killed by some kind of violence she could not pinpoint.

"The voices started kicking in," Jones recalled thinking after finding the boy dead. "Saying 'you better do something, you are (expletive), Tim."

Kyzer's testimony on Monday started with tears as she told the prosecutor the full name and dates of birth for all five of her children. Prosecutor Suzanne Mayes asked her why it was her first time in the courtroom during the trial.

"I can't handle it," Kyzer answered.

She testified she fell in love with Jones because he was smart, accomplished and appeared to have his life together. But she said after they married, he became rigid in his religion and demanding on her.

"Women are to be seen and not heard. I was merely to take care of the children. To keep them out of his way," Kyzer said.

After they divorced, Kyzer allowed her husband custody of the children because he had a job that paid $US80,000 as a computer engineer, and a car. She would get a ride to the Chick-After fil-A in Lexington to see them every Saturday under Jones' watchful gaze.

On Saturday, September 6 in 2014, after no one had heard from her children for nine days, Kyzer went to the restaurant as police watched. Jones never showed up.

The trial took a 30-minute break after Kyzer's sobs, and defense lawyer Boyd Young asked her only a few questions. She said Jones was a good father while they were married, but he seemed to start having mental problems after they divorced.

Jones' lawyers said in their opening statement Jones' mother has been in a mental institution for 20 years and he had undiagnosed schizophrenia.

Then Jones' thin grasp on reality broken by his ex-wife's infidelity, the difficulty of raising five young children on his own and a feeling he was failing to live up to his religious beliefs. 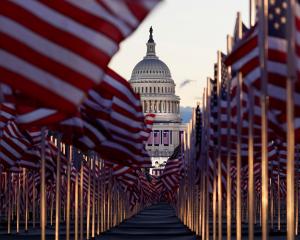 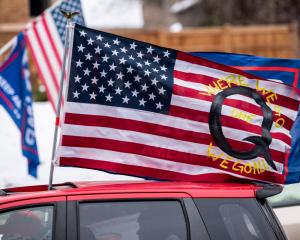 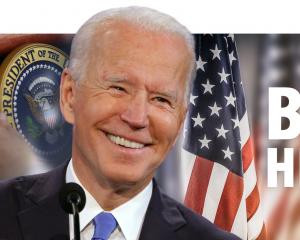 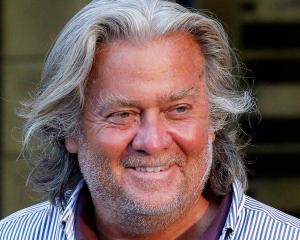