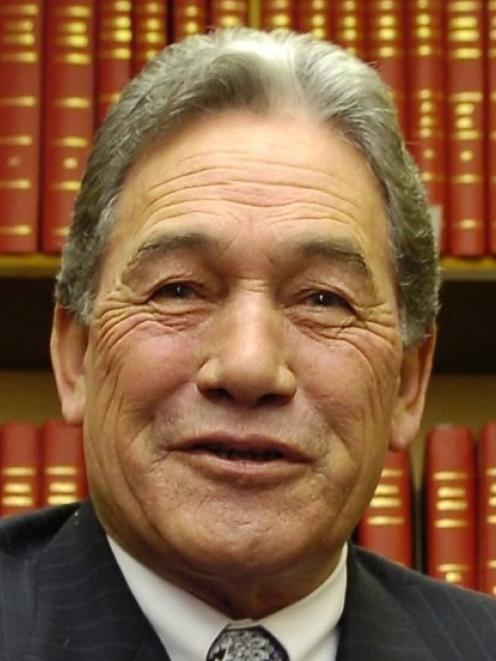 Winston Peters
New Zealand First leader Winston Peters struck his best form of the election campaign yesterday, a master stroke that has worked so well in the past.

He warned in an email that a mud-slinging campaign was due to start and that the warning had come from "two concerned National Party members" to his campaign headquarters.

"We have fought a clean campaign and expect other parties to do the same. We suggest they stop throwing mud and get on with the campaign," he said.

Another email arrived to Taking the Pulse soon after arriving in Tauranga to advise that due to increasing campaign commitments, NZ First candidate Brendan Horan will not be answering his phone. All inquiries are to go to Frank Perry, who worked for Mr Peters in Parliament in an earlier life.

The Peters campaign machine is back on track. Conspiracy and underdog status suit the NZ First Party leader.

Prime Minister John Key must be kicking himself privately about the ill-fated cup of tea with Epsom Act New Zealand candidate John Banks. Bad advice has seen the Prime Minister rattled on whether the conversation was private, whether it should be released after being recorded by a freelance cameraman and the continual hounding by the media to reveal the conversation details.

Almost certainly, the cup of tea conversation and the allegations that Mr Key commented about the age of NZ First supporters, are responsible for the rise and rise of Mr Peters (Oops ... that almost slipped out as Reggie Perrin!).

Three years ago on Tauranga's The Strand, it was difficult to find anyone with a kind word to say about Mr Peters. The then new National candidate Simon Bridges was seen as the next big thing after the retirement of Bob "the builder" Clarkson who retains something of a superstar reputation for getting rid of Mr Peters as the electorate's MP in 2005.

Yesterday, a few minutes after arriving in the main hospitality area, the women making my coffee pointed at a front page article and said: "It's lovely he is back. We need someone like Winston in Parliament."

The Strand was much less busy yesterday than three years ago. Three of the eight or so restaurants and cafes were empty at 12.30pm. One was nearly full and the others had a sprinkling of customers on a hot, blustery Friday lunchtime.

National should not fear that Mr Bridges will lose his seat; he will hold it comfortably, probably with an increased margin.

But the retail area is showing signs of wear and tear on its economy.

There were some closing-down sales, a couple of empty shops and apart from a rush of people out of their buildings at noon, there were not many people around.

There was a pocket of Winston Peters supporters having a cup of tea (really) in a tea house just up from the main retail area. Harold and Mae Allan ("just say retired") will be voting for Mr Bridges and NZ First. Their friends Jill and Kris Overbeek (62 and 66) will be voting two ticks National and for the retention of MMP.

A group of suit-wearing businessmen aged between 45 and 55 sitting at a bar were undecided on voting but would probably vote National. "Good old Winston" was stirring everybody up and maybe he would get their vote. But the Pulse decided the last comment was just to spice up the conversation rather than a heart-felt commitment.

National has been rushing out policies aimed at the elderly, and the timing has not gone unnoticed.

National Party senior citizens spokesman Craig Foss even took some credit for one of Mr Peters' most high-profile achievements - the Gold Card.

". . . we have increased funding for the Super Gold Card public transport scheme by $9 million, and signed reciprocal arrangements with Australian State and Territorial governments so seniors can get commercial discounts when travelling in either country."

War veterans were this week promised five-star trips to battle sites by Mr Key. The policy will include business-class flights, accommodation, meals and medical care and is a response to the way veterans were treated last year in attending the 70th anniversary of the Battle of Crete.

Even without being in Parliament, Mr Peters is influencing the election campaign tactics of the National Party.

Mr Peters has ruled out going into coalition with anyone. If he crosses the 5% threshold we can expect some major concessions being dragged out of whichever party wins in a week's time.