Rabaul, capital of the German possessions in New Guinea and New Britain, which has recently been taken over by the Australian Expeditionary Force. - Otago Witness, 7.10.1914. Copies of picture available from the ODT front office, lower Stuart St, or www.otagoimages.co.nz

The problem of the deserted wife is causing the Auckland Charitable Aid Board just now to think over the defects of legislation in this respect.

The army of wives seeking fugitive husbands is assuming such alarming proportions that recently there have been exceptional calls upon the resources of the Charitable Aid Committee by those unfortunate women who have been left by their callous husbands with the burden of a family upon their hands.

Recently there were no fewer than seven such applications before the committee, which felt so strongly on the subject that it passed a resolution recommending the board to draw the attention of the Government to the increasing number of cases of wife desertion, and urging it to instruct the police to bring the deserters back.

The committee's resolution further expressed the opinion that the present system of demanding a guarantee of expenses before taking steps to bring the runaways back was a premium upon this form of crime.

Gisborne: Local Maoris have thrown themselves heart and soul into the arrangements for the projected Native Expeditionary Force, and to-day, when the Gisborne contingent of 16 were selected, some hundreds came forward - a magnificent stamp of men, in some cases standing as high as 6ft 6in and weighing as much as 16st, without an ounce of fat on their bodies - pressing forward eager to be selected to go anywhere and fight anybody for the King and the Empire.

It was quite pathetic to see the look of disappointment which came over the faces of these young giants when told that the weight limit was 12st, and that no one over that weight could be selected.

Dr Scott, medical examiner, declared that it was a positive sin to have to reject some of the magnificent stamps of manhood offering for the simple reason that they were over the weight limit set. Among the volunteers were a number of stalwart wahines, who became quite indignant when they were told that ladies could not be accepted.

''I can shoot as well as any man who ever stepped,'' declared one Maori maiden, who expressed utter scorn for the incomprehensible ways of the pakeha in despatching any army of men to fight without their women being there to look after them.

''How the poor Maori going to get on with no one to cook for him?'' said another, who had volunteered her services for the commissariat department.

When told that the army had men cooks her look of scorn was eloquent.

The activity of the women at the Early Settlers' Hall is unabated, and piles of goods and clothing testify to the energy being manifested.

Throughout yesterday a number of ladies were busily engaged renovating old garments and making new ones for sending to the poor of Great Britain and Belgium, and the other activities were also manifest, notably the provision of flowers for Flower Saturday at Invercargill.

Thirty-one boxes were sent off in the afternoon, and the association hopes that the weather will prove as favourable as was the case in Dunedin.

Every appeal made by the association is responded to promptly, and not one of the many activities has missed fire.

In connection with Blanket Day, a donor has struck a bright idea; to sew together odd pieces of blanket and cover them with washing print material.

This is a good way to make a cheap and serviceable bed-spread.

These articles are to be kept open for a day or two at the hall as models for other charitably-disposed persons.

Quantities of clothing are coming forward for the relief of the poor of Britain and Belgium. - ODT, 3.10.1914. 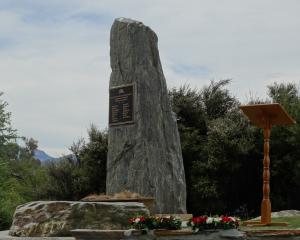 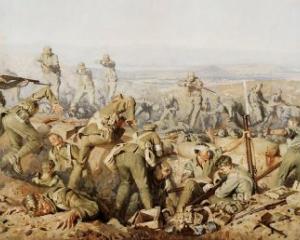 Victoria Cross for Bassett, wooden cross for his mate 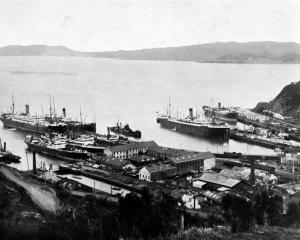 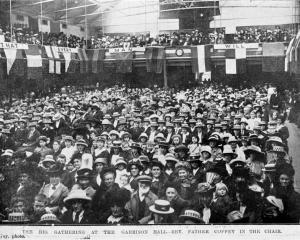 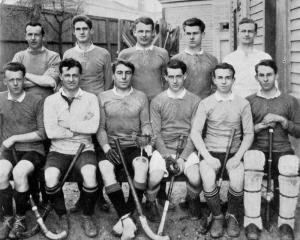 Foreigners and the dominion 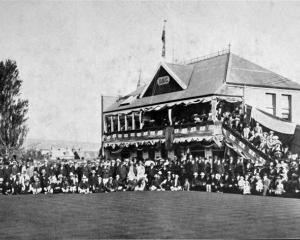 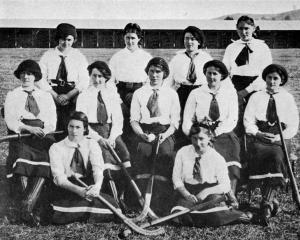 The fall of Antwerp 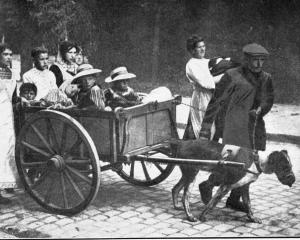 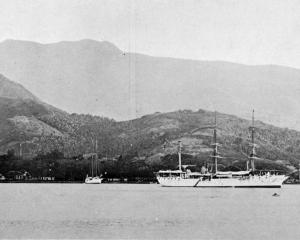 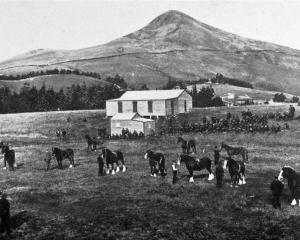 The battle on Aisne 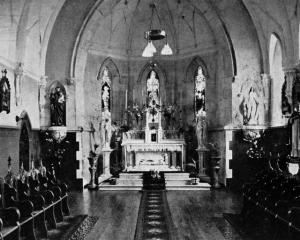 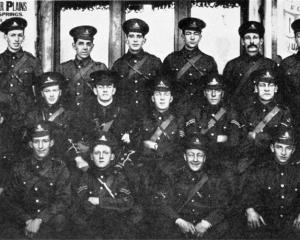 Of widows and payment