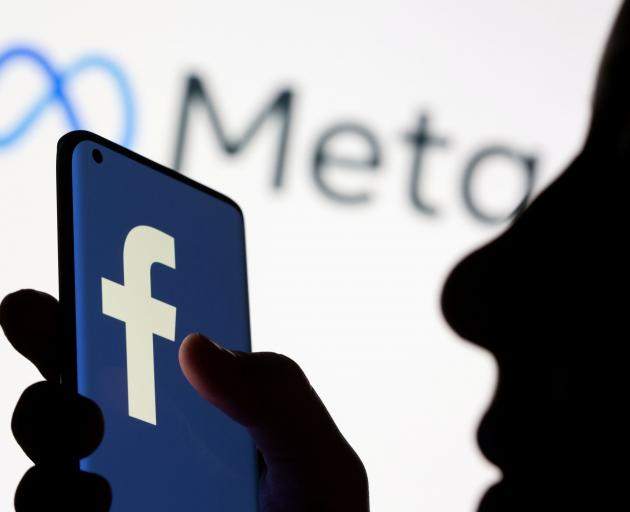 Meta derives well over 90% of its revenue from advertising. PHOTO: REUTERS
Little in life is free including, it seems, your right to privacy, writes John Williams.

In recent years, consumers, academics, social commentators and politicians have become alarmed at the power of a very small number of internet companies over the daily lives of almost everyone on the planet.

Frightened by the both unwarranted and undisclosed ubiquitous surveillance of our every online move, and the resulting power that access to that data gives to commercial, political and criminal interests alike, regulators around the world have moved against these companies, notably Alphabet (which owns Google and YouTube) and Meta (which owns Facebook, Instagram and WhatsApp). Both these companies own other companies of course, but these are the most worrying.

While Meta/Facebook chief executive Mark Zuckerberg shrugs off, deflects or denies any criticism, Alphabet has had a somewhat different reaction. Most importantly, it has decided that in the near future, it will no longer accept third-party cookies in Google Chrome, which is the most popular web browser in the world. Other web browsers, notably Firefox, have already made this move.

For those of you who don’t know, every time you visit a web page (or use many mobile apps), your web browser or app may receive a request from the server to store some information on your device. The original purpose of this technology was to make it easier to navigate the web, so users wouldn’t be re-prompted for the same information repeatedly. However, this technology has been co-opted by the advertising industry (both Alphabet and Meta derive well over 90% of their revenue from advertising) to uniquely identify individuals and record as much of their online activity as possible. Alphabet, and others, have also been extending their surveillance offline, by partnering with retailers and credit card companies, to capture more of our activities and implied preferences, tastes, opinions etc.

This was a bonanza for marketers, who were sold the line by Alphabet and Meta that instead of paying for an advertisement that almost no-one would be interested in and respond to (on radio, TV or “banner” advertisements on websites), they would only show advertisements to people who were actually interested in the marketer’s product or service, and were almost ready to buy. This sounds like a win-win: marketers waste less money (“I know that half my advertising budget is wasted, but I don’t know which half!”) and consumers are less annoyed by advertisements for things they have no interest in. Nirvana? I will leave it to you, dear reader, to assess how well this system has worked for you in the last decade or so. But all this is about to change. In the name of privacy, third-party cookies, and hence laser-focused targeting, is ending. Both marketers and advertisers are in a tizz; naming this near future event the “cookiepocalypse”. But this has to be good for consumers: right?

Wrong. Well, it’s good if you value your privacy (Google and Meta still know all your moves, but they will no longer share your data with other companies, or so they say). But if you’re annoyed by advertisements (who isn’t?) your online experience is about to become more irritating.

Because companies can’t show you advertisements based on stuff you like, and search advertisements (advertisements that show when you search for something on Google or Bing, among others) are becoming less effective, advertising budget is now shifting towards “contextual” advertising, i.e. on news stories, YouTube videos etc.

It’s back to the bad old days of newspapers having more advertising than actual news, and TV channels having almost as much advertising as the stuff we actually want to watch.

It gets worse. If it’s actually true that online advertising based on individual-level surveillance has resulted in less wasted spending on advertising, then if that goes away, business costs will rise. And when that happens, who do you think will pay?

Very little is free in life, including, evidently, your right to privacy.

- John Williams is a senior lecturer in the department of marketing at the University of Otago.