Bean salad days are back again 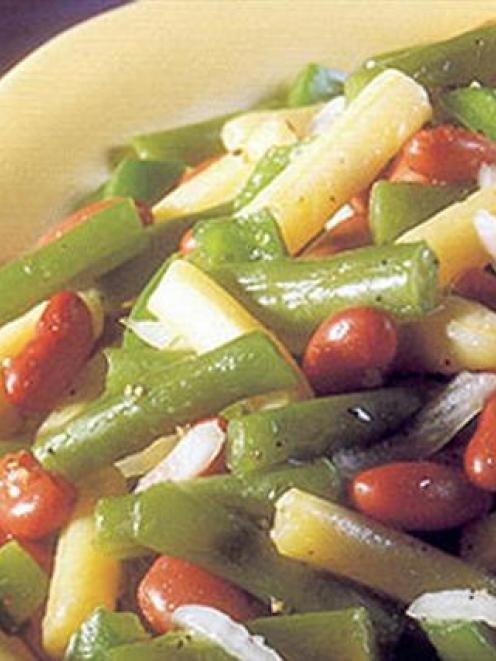 KFC bean salad. Photo supplied.
The KFC bean salad is back. The tale of this magnificent fast food tongue-tempter, its tortuous and convoluted journey through civil courts and the public marketplace, made my first taste in nine years just all that more satisfying last week.

Like most New Zealanders when presented with something new and different - Instant Kiwi, Telethon, Suzanne Paul - I raced like a mad thing to KFC when it first came to New Zealand. What is IN that Colonel's secret recipe?

Is this the same Colonel who managed Elvis?

I soon tired of the chicken, but the voluptuary of taste sensations they put in the bean salad sauce, probably just sugar, was irresistible. I'm no purist in the kitchen, if I am being seduced by mere sugar, then so be it. If it tastes good, I wolf it down like a wolf.

I had long stopped asking our son to see if the bean salad was back when he went to KFC, so it was a real surprise last week when he whanged one down on the kitchen table.

The bean salad left the menu in 2002 when KFC received a $13,000 hammering in court for selling underweight pottles in three Auckland outlets. The defence was there was no measuring device for the pottle-fillers to check the bean salad was the stated 425g. An unlikely defence, given that kitchen scales had been invented some years before, but that's fast food for you, no time to weigh. KFC withdrew the bean salad from sale until, they said, they could find a satisfactory weighing method.

KFC and marketing have been an eternally wriggling pair of bedfellows for as long as I can remember. A senior member of the Otago University Marketing Department told me in the early 1990s that KFC marketing was wretched. I disagreed. The original KFC television ad was not only one of the finest of its time, but also perhaps ever. You will all remember it. A family, all fat, are out on a Sunday drive, looking out the window at cows and sheep having picnics in the meadow, and the two children, fatter beyond fat, start thinking inevitably of feeding their face.

"Hugo and I were having none in the back seat getting thinner/the rumblings cried give us Kentucky fried/ time for dinner /so dad stopped the car /and Hugo said you go and I said no you go/and soon he was back with a pack /and then dad hit the track/so we ate in the back/ feeling better inside/a drive isn't funny/ with an empty tummy/thank goodness for Kentucky fried!"

There is no arguing here, that was one great ad. This year, of course, we have seen KFC using stunning reverse marketing to get television to publicise their allegedly dangerous Double Down burger. TV did this so extensively, KFC didn't need to advertise, even though five minutes' research would have revealed there were other fast food items out there just as evil to our already battered bellies.

The Double Down set sales records that may never be beaten.

I was curious what marketing genius lay behind the restoration of the bean salad, so I dropped them a line. Tom Newman, marketing co-ordinator, replied with commendable promptitude.

Tom said the bean salad went back on the permanent menu in January 2010. The thought that I could have been eating it since then was almost more than I could bear, but there you go. I should really have been going to KFC every day if I was really serious about this product. It was reintroduced, said Tom, because of popular demand.

I can only assume this popular demand was a direct reference to the anguished plea I made for its return in this column nearly two years ago, but it wasn't the first time I have led a national campaign and ended up as a thankless footnote. Never mind, the bean salad is back. Summer picnics will be pure joy. 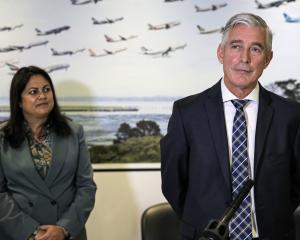