The chain: buy tickets, get shows 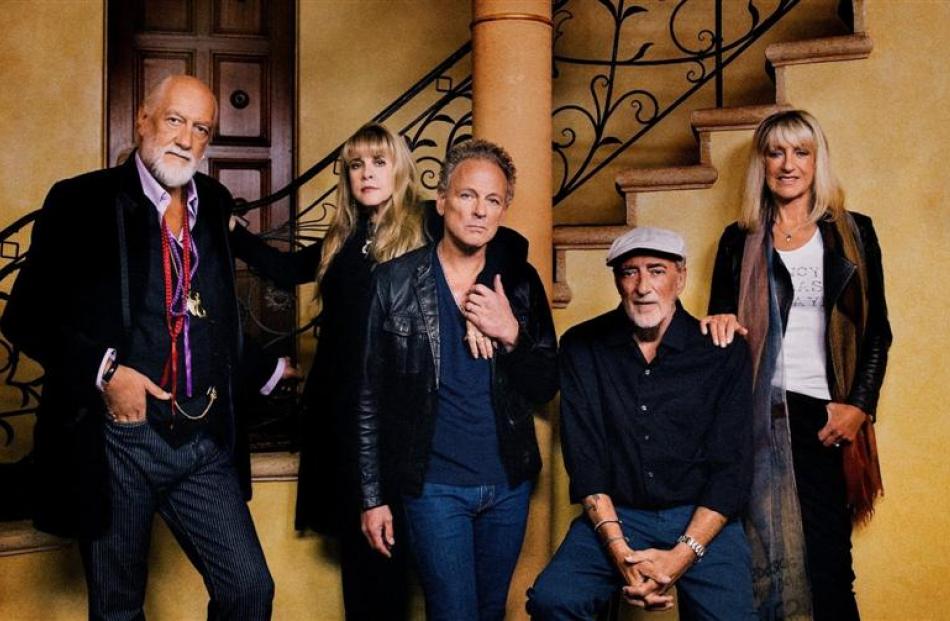 It is now up to locals to snap up the tickets for Fleetwood Mac at Forsyth Barr Stadium if they are ''thinking about tomorrow'', writes Murray Stott.

The ''awesome news'' that Fleetwood Mac is to play Dunedin's Forsyth Barr Stadium in November, attracted the usual negative suspects with their myopically ill-informed clarion calls: ''It's nothing to do with Mr Davies and his team or the venues ... it comes down to one thing only - ticket sales. We have currently one of the better economies in the world for now and that = ticket sales''.

Did ODT online correspondent ''driver''seriously consider that the largest concert promoter the world has ever known, Live Nation Entertainment with its $US6.5 billion-plus turnover derived from its 23,000 events by its 2700 artists (750 bands) simply looked at a map of rock star economy New Zealand, put a ring around Dunedin and thought ''hmmm ... better go there and sell some tickets''.

Not on your nelly!The booking would indeed be down to the outstanding job of selling the venue and Dunedin, delivered by DVML CEO Terry Davies.

When Mr Davies came on board, he inherited something of a blank canvas (with considerable baggage, sound quality and logistical barriers to entry) to demonstrate what he could do. Firstly, previous management had upset one of Australia's premier promoters Michael Gudinski's (aka Mushroom Group, which he sold to Murdoch, yet kept the brand name) Frontier Touring (Rolling Stones, Eagles, and Lorde, of late) by virtue of DVML's mystifying cancellation of bookings for his earlier Meat Loaf and Rod Stewart shows.

One of Mr Davies' first triumphs was to reconnect with Frontier Touring and secure Rod Stewart for his April gig in Dunedin.

His next triumph was to secure a booking from major Australian promoter Dainty Group for Neil Diamond October 24.

Now to cap off his achievements in the job, Mr Davies has secured the only South Island gig by Fleetwood Mac, with the biggest promoter on the planet.

Three music headline acts booked in one year for the stadium in a city the size of Dunedin with its geographic isolation, is a remarkable testimony to the CEO's ability to go out and sell both the venue and the city of Dunedin.

Mr Davies has set the shows up; now it's down to the denizens of Dunedin and beyond to demonstrate how fast they can snap up the tickets.

Selling tickets is also something Live Nation Entertainment knows all about, as it owns Ticketmaster, the largest seller of tickets in the world, with its global staff of 7000 selling 150 million tickets on average, per year.

It would therefore prove rather nonsensical that Live Nation was attracted to Dunedin simply by the prospect of selling a few more tickets for a one-off gig; many other venues would have also been pitching for the gigs/play nights.

And Live Nation with its 155 million-plus global database could easily have sold out elsewhere.

Clearly, they were sold Dunedin by Terry Davies.

However, the speed with which tickets sell out for such headline acts will determine just what shows these monolithic promoters will allocate to Dunedin in future.

Live Nation Australasia president, Michael Coppel is also one of the region's most experienced music promoters, with the 2006 U2 tour to his credit.

He and his team would have given considerable thought as to what musical genre would best fit the demographic of Dunedin et al; hedging their bets with the well-loved group complete with '70s band members is a logical choice ... offering Dunedin the opportunity to embrace a good nostalgic night out.

Ticket sales will be important if the stadium has a chance of securing more acts from Live Nation's impressive stable, including Madonna, U2, Cold Play, Shakira, Jay-Z, Nickelback and the likes.

An economic benefit to the city of $8 million to $10 million is tenable, if not conservative, given the likely influx of fans for a couple of bed-nights; events are a most important driver for the hospitality industry.

Terry Davies has led the horse to water, as it were, by virtue of drawing the attention of major promoters to the stadium, resulting in bookings.

Now it is up to the locals to snap up the tickets in the interests of the region securing gigs they would like to see, tomorrow.

• Murray Stott is a trademark agent and sponsorship broker.