Change site and save our money 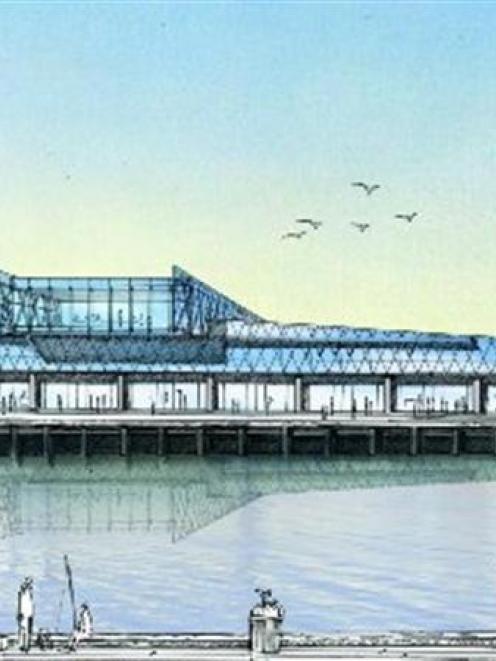 Almost the entire projected rates rise is coming from targeted rates, with the general rate estimated to rise by a creditable 1%.

As indicated, the general rate does not illustrate the dramatic rates increase for many residents of this region, especially in Central Otago, where residents of Arrowtown, for example, are faced with five targeted rates being struck.

Targeted rates are designed to ensure those who will directly benefit from the council's decisions are the ones who pay the rates increase.

For example, where flood protection work is carried out by the council, then those protected by such work clearly are the major beneficiaries, and are rated accordingly.

Areas such as Alexandra, Arrowtown and Clyde end up being rated for air quality (a targeted rate) as well as the special (stadium) rate.

The Forsyth Barr stadium is funded by a (special) targeted rate across the whole region, as it is deemed (by council majority) that everyone benefits.

There are two big-ticket items for the ORC this year.

The stadium is to be funded by borrowings which will be repaid over 15 years by the ratepayer.

The proposed office block on the harbour basin is to be funded from reserves.

While the proponents of the new harbour site building argue it will not affect rates, there is an opportunity cost to the use of ratepayer reserves, which can be spent, saved or used in many ways.

The ORC effectively had a choice to fund the stadium ($37.5 million) or the proposed new building ($34 million) out of reserves.

Either way, the run-down in reserves will no doubt be rebuilt over time, so the rate take will need to continue at the current levels.

The favoured site (by majority) for the office block is the harbour basin.

Some believe the enhanced amenity value to Dunedin's public will offset the significant cost in building on such a site.

Comparisons have also been made with the Auckland Viaduct Basin, which super-yachts and the America's Cup (briefly) call home; and where a thriving café culture exists in the almost subtropical climate.

Dunedin has no such opportunity, given the east wind off the harbour makes itself felt most days.

There is a spillway literally a few metres from the proposed building, where sandblasting and steel work repairs are carried out.

This adds nothing to the amenity value of the area, at least until the spillway is closed due to reverse sensitivity, despite the fact the industrial cluster has been operating successfully there for years.

Given the difficult economic times, there is significant doubt other developers will follow the ORC's preliminary decision and build on this remote site.

Should the world's economy recover sooner rather than later, there may be a chance the site will become popular, at least until the extra costs associated with it become known.

A different site within the central business district could see a suitable building erected for half the projected $34 million of the waterfront proposal.

It is not the ORC's responsibility to act as a catalyst for the DCC's wish to see redevelopment within the harbour basin area.

The ORC is a regional council and not a subsidiary of the DCC.

The Mosgiel community would no doubt welcome any decision to erect a building in what is possibly a more appropriate area, given the ORC's prime function is more about (rural) environmental management, despite the projected $70 million of ORC ratepayers' money being spent on two buildings in Dunedin.

Should oil exploration come south, as is projected, the demand for building sites will be exponential.

Despite the logic for an alternative site, the single most compelling reason for the ORC not to accept the harbour site is simply that, as custodians of the public's money, we must settle on an affordable option that offers our ratepayers value for their money.

It is also important the rate take of the ORC is not viewed in isolation from rates increases set by other authorities right across the region.

If all rates increases are added together, the long-suffering ratepayer is faced with substantial increases at a time when incomes are falling, especially for those relying on interest rates to supplement their income.

The accumulative costs of local government are simply unsustainable.