Climate crime is beggaring our children 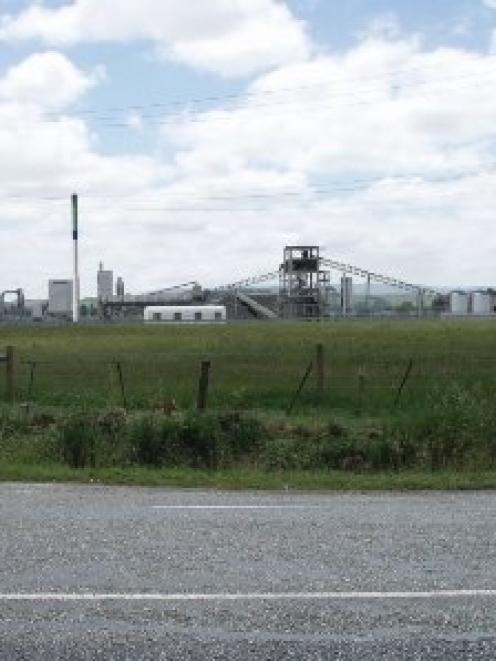 An impression of what the trial lignite briquette plant in Southland will look like. Image supplied.
Intergenerational inequity looks set to define the 21st century, Richard Reeve believes.

Ours is the epoch of generational organised crime.

At present, reluctant to put that most efficient slave, the fossil fuel, to bed, we continue a way of life that we know full well will impact on literally billions of lives in the generations to come.

We can no longer hide in historical relativism to protect our lifestyles.

In 1936 there were 2.6 billion people; there are now seven billion.

According to the Population Reference Bureau, more than half the world live on less than $NZ2.40 a day.

One percent of the population currently own more than 40% of the global wealth.

At the time of writing, the World Bank reports that high food prices, disconcerting to Westerners, are intensifying a catastrophe in drought-stricken Africa, with 12 million people facing death by starvation.

While New Zealand's sons and daughters grow clinically obese on saturated fat, in the Horn of Africa 40% of children under 5 are suffering from severe malnutrition.

Living in one of the world's more resource-abundant countries, we kid ourselves that these remote isles will be shielded from the fallout of ongoing catastrophe.

Climate change at present remains a mere tax, a speed hump perfunctorily negotiated on the way to work.

Peak oil is certainly a pinch at the pump, but not yet the impending collapse of a type of civilisation.

Instead, smiling politicians still pander, post-2008, to the leveraged material expectations of the most privileged age group in history, the baby-boomers.

From an early age, their children, Generations X, Y and Z, have been encouraged to pursue wealth with a view to maintaining the comfort zone that this demographic established as the norm.

We have become slaves to Mammon.

Consumerism, variously masquerading as free trade, liberalism and even democracy, has entrenched itself as the presiding ethos of our times.

As a result, objectively irrational behaviour has become rational in the context of short-term economic drivers.

This indeed is a hallmark of organised crime, senseless behaviour normalised by a lust for wealth that typically seems like a birthright to the perpetrators.

Fearing the squeeze on oil, we now opt to dig up Southland, hoping to power New Zealand's economy with the dirtiest of fossil fuels, lignite.

This, despite the fact that our foremost environmental watchdog, the Parliamentary Commissioner for the Environment, is on record as asserting that "plans to increase lignite use ... would produce huge quantities of carbon dioxide which contributes to climate change - the biggest environmental threat we have ever faced".

The architect of this delayed crime against humanity is our own Government in the guise of its state-owned enterprise, Solid Energy.

Solid Energy has a number of distinct proposals.

Work has already begun on the first, a $NZ25 million trial briquetting plant, in anticipation of a commercial-scale model in the not-distant future.

There is also ambition to create a lignite-to-fertiliser plant with Ravensdown by way of boosting intensive agriculture.

A third project, a multibillion-dollar lignite gasification plant aimed at producing cheap diesel, would dwarf both these schemes.

Despite New Zealand's international commitment to reduce emissions to below 1990 levels by 2020, at present we stand to be 30% above this when the clock stops.

Should Solid Energy's projects go ahead, Southland lignite will dramatically increase this gap as the greatest single source of the nation's domestic emissions.

But no profit-minded company, however large, would willingly indemnify future generations against global disaster.

Unless, the suspicion is, what Dr Elder really means is that some offshore super-bank, HSBC perhaps, might build and operate the $NZ15 billion diesel plant itself.

Solid Energy, by this time privately owned, would then merely have to worry about the carbon cost of extraction, which it could hide in commercial pine forestry.

Under current law, environmental youth movements like Generation Zero and Appleseed, the heirs to this legacy, are actually restricted from influencing the outcome of Solid Energy's proposals.

The Supreme Court decision, Greenpeace New Zealand Inc versus Genesis Power Ltd [2008] is authority that, in evaluating discharge applications, consent authorities under the Resource Management Act 1991 can consider only the benefits of renewable energy, not the adverse consequences of burning fossil fuels.

On that basis, any submission is only relevant in so far as it concerns effects on the local environment, emissions being exclusively the preserve of the emissions trading scheme.

British journalist George Monbiot has coined the term "totalitarian capitalism" to describe how corporate giants in the United Kingdom have exploited planning laws to foist development on the public.

Solid Energy certainly didn't create the Resource Management Act, yet it stands to gain from it, much as American oil giant Halliburton gained from United States foreign policy.

At present, both National and Labour remain hopelessly out of touch with New Zealand's youth, wilfully refusing to recognise the raw intergenerational inequity that looks set to define the 21st century.

Moreover, the inheritors of this dire scenario have yet to learn to stand up to their increasingly delusional parents.

Come the November elections, we must stop thinking about profit margins, and start saving lives.

- Richard Reeve is a Warrington poet. He wrote this article with a public forum on Thursday in mind. The forum, organised by Prof Sir Alan Mark, is at the University of Otago's Castle 1 Lecture Theatre from 7pm and is entitled Fronting up to our Rapidly Deteriorating World.