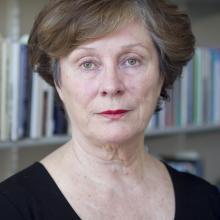 My recent article about the role that the concept of a Treaty "partnership" has played in the development of ethno-nationalism provoked a critical response from Prof Andrew Geddis. We obviously have different opinions about the value of a Treaty partnership in New Zealand’s liberal democracy. My purpose here is to address the specific matters raised by Geddis.

He is correct to point out that original 1975 Treaty of Waitangi Act only permitted complaints to the Waitangi Tribunal about post-1975 breaches of the "principles of the Treaty by the Crown". This does not in any way detract, as Geddis maintains, from my conclusion about the role of the 1985 Amendment Act. I argued that what differentiates the 1985 Amendment Act from the 1975 Act is the "recognition of iwi-Maori rather than pan-Maori as the inheritors of Treaty settlements".

That recognition established the reviving tribe as “both political player and economic corporation” and has been foundational in promoting the tino rangatiratanga or ethno-nationalism exemplified in the He Puapua report. I stand by this conclusion.

In response to his criticism I would add the following words to ensure that my point is clear: This is the first reference in other legislation or policy to the principles of the Treaty — indeed, the first indication that the Treaty has principles which could be enacted in legislation and policy. I had thought that the sentence context supported my point but I accept the need for clarification and am pleased to have the opportunity to do so.

Geddis points out that there are now "44 current parliamentary enactments" which contain the phrase “principles of the Treaty”. I accept his rebuke that this number is substantially less than the 1800 enactments on our statute books. However, I continue to maintain that this number is significant, not least because of the areas of public life to which they refer and to their flow-on effects. Legislation leads to policies and to the practice of policies. My own area of education contains numerous examples of this. I will limit myself to one example — that of teaching course reviews. I teach in the Faculty of Education and Social Work at the University of Auckland. After teaching a course, whether undergraduate or postgraduate, I complete an obligatory course review. A section in the review template asks: “How does the course critically reflect Treaty of Waitangi obligations (Maori histories, traditions, values, identity, language, culture and matauranga Maori [Maori ways of knowing, doing and being])?”

This obligation is justified with reference to the 1989 Education Act requirement. The Act states that it is the duty of university councils to “acknowledge the principles of the Treaty of Waitangi”. That legislation led to comprehensive policies developed by the 2003 Maori Tertiary Education Framework and subsequently. In turn, these policies have put Treaty “acknowledgement” into a wide range of obligatory practices in higher education. They include not only the teaching course reviews I mention above but research procedures and funding applications.

The compulsory education sector, health, social work, local government and justice are among other areas of public life similarly affected by Treaty principles. Unfortunately, in his focus on the number of statutes, Geddis deals neither with their significance nor with my key point. This is that “adequate justification was not given to the New Zealand people when the process [of inserting Treaty principles into legislation] began and there has certainly been no justification since. The people’s agreement has never been sought.”

Justice Robin Cooke described the 1987 Court of Appeal case, which interpreted the Treaty principles as “perhaps as important for the future of our country as any that has come before a New Zealand court”. Despite the fact that legal interpretations have political consequences, it is difficult, almost impossible, to have an open discussion about what is a valid judicial interpretation and what is political activism by the judiciary — the latter I claim to be the case in the 1987 decision. Since the late 1980s Treaty matters are ring-fenced in the esoteric world of the law. The public is left hesitant to question such putative authority. Yet public engagement with decisions which have huge constitutional consequences is needed now more than ever as we deal with the possibility of tino rangatiratanga for New Zealand’s future.

Geddis notes that the phrase “the principles of the Treaty” had been considered and applied by the Waitangi Tribunal in eight of the tribunal’s reports prior to 1986. However, Waitangi Tribunal reports are not legislation — I was writing about legislation. He refers to the tribunal’s role in influencing the Court of Appeal’s 1987 decision regarding its interpretation of the 1986 State Owned Enterprises Act. Rather than "badly misrepresent(ing) the complex interaction between the tribunal and the courts in this area", as he states, I find that his comment strengthens my argument.

I am alarmed that Waitangi Tribunal reports do influence the courts to the extent he claims. If this is the case, then my concern about judicial activism playing a key role in the contemporary interpretation of the Treaty is confirmed. Indeed the path from the tribunal to the courts to ethno-nationalist politics is illustrated by a comment made in 1989 by Sir Hugh Kawharu. Kawharu acknowledged the significance of the 1987 Court of Appeal judgement in particular as the "resurgence of acceptability of tribal authority".

I will not comment on Prof Geddis’ allegations of “carelessness” and “poor scholarship”. Such language is used in order to undermine an opponent’s arguments and has no place in discussions of this nature. — https://democracyproject.nz

- Elizabeth Rata is a professor in the Faculty of Education at the University of Auckland.

I agree,
Geddis is a lawyer. Pin pricking is a highly valued art form in that profession. The ability to focus on technicalities to defend a position and escape liabilities and responsibilities is rewarded.