Universal acclaim from ratepayers is not neatly delivered with the mayoral chains even when the election win has been decisive. 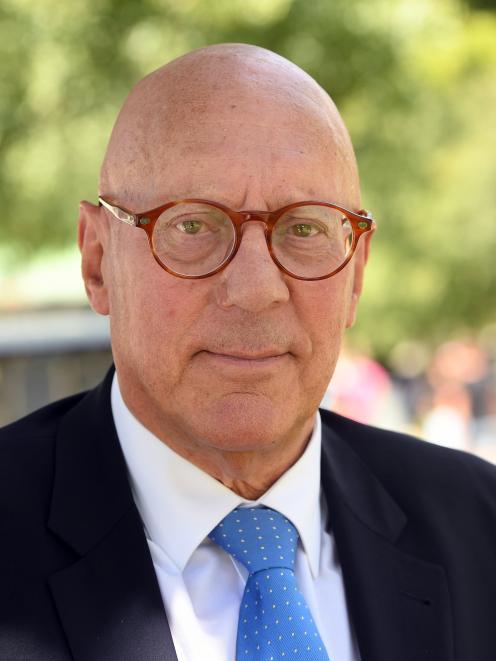 Jim Boult. PHOTO: ODT FILES
Queenstown Lakes Mayor Jim Boult, who last week announced his decision not to stand for a third term later this year, will know that only too well.

Although he was thousands of votes ahead of his nearest rival in both 2016 and 2019, noisy controversy, particularly around allegations of conflicts of interest, has never been far away.

Some have seen him as too close to the tourism industry and others have been upset at his input into airport planning. As a former director of the failed construction company Stonewood Homes Ltd, placed in liquidation in early 2016, he had to weather the storm of protracted litigation. It took until last year for the matter to be settled out of court.

Before the 2016 election Mr Boult made a blackmail complaint to the police. It was not found to have substance, although the police agreed there was an orchestrated smear campaign to try to discredit Mr Boult.

Vitriol directed at people in public life has become commonplace in recent years and Mr Boult will have copped plenty of it, something which must be wearing and wearying even when you exude the sort of coolness under pressure and measured approach the mayor is known for. Such attacks and the relentlessness of a mayoral job also have impact on families, and it was perhaps telling that Mr Boult made mention of his family’s input into his decision not to run again.

It was strangely fitting that Mr Boult’s announcement he would not seek a third term came on the day New Zealand’s borders opened to Australian citizens and New Zealand permanent residents travelling from anywhere in the world without the need to self-isolate. Mr Boult has been desperate to see international visitors return to the district.

Amid the pandemic fallout, Mr Boult had to deal with a considerable amount of anti-Queenstown sentiment, much of it unnecessarily unpleasant, which he described as sickening.

‘‘Bathing in other people’s misery is unacceptable,’’ he said.

He was keen to point out to anyone willing to listen that the district, per head of population, had contributed more to the nation’s economy than any other part of New Zealand over a long time.

Reflecting on his time as mayor, Mr Boult regarded one of the highlights as the way the district had navigated the Covid-19 pandemic; the work done behind the scenes to get support for the community generally and for migrant workers.

Nobody could doubt his tireless commitment to getting a good deal for his under-pressure community since Covid-19 struck.

Tourism minister Stuart Nash has commended what he called Mr Boult’s very effective advocacy for the region, which had an impact on the development of the $200 million tourism communities support, recovery and reset plan granted to the hardest-hit tourism reliant districts.

Mr Boult is understandably disappointed Covid-19 put a spanner in the works for the introduction of a special visitor levy to help pay for tourism-related infrastructure. Although the proposal pre-Covid had considerable support in the community, it is not seen as viable when accommodation businesses are struggling with low occupancy rates.

Work during Mr Boult’s time as mayor to relieve the pressure on housing is also something he is proud of, although there is still some way to go on this.

He would like his tenure to be seen as a time of orderly and logical progress for the area.

How or whether that momentum will be maintained under new leadership is anybody’s guess. There is no obvious front-runner yet for the complex task of shepherding the district through what we hope will be the recovery phase where cohesion will be vital.