Down by the harbourside 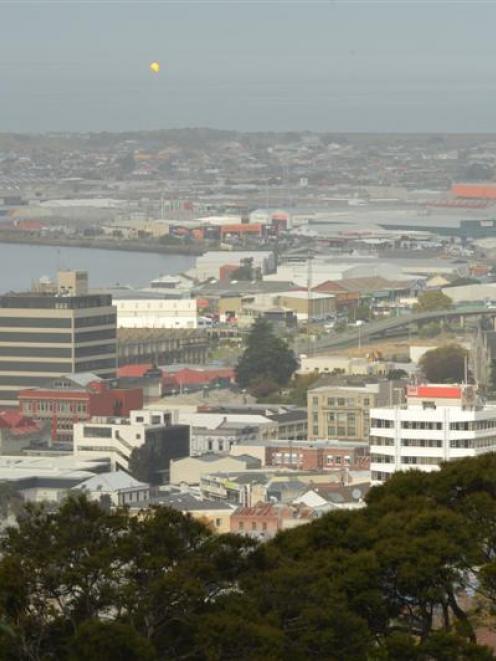 The emergence of proposals for Dunedin's ''harbourside'' are intriguing.

Perhaps, even after the failure four years ago by the Dunedin City Council to implement its full planning vision for the area, new life can come to this potentially attractive asset.

Perhaps change can emerge after all, and Dunedin's beauty and character can be enhanced.

There is something inherently appealing about the waterside, be it the sea, lakes or rivers.

Water flows, ebbs, reflects. It has a life all its own and encourages both passive and active recreation.

Yet central Dunedin and the university, despite their proximity, are largely cut off from the harbour and its potential.

Along the foreshore are a petroleum tank farm, old wharves, cement silos and sheds, and then a wide industrial band, railway lines and main roads sever the city from the sea.

Steps have been taken over the years to develop the harbourside and the links with the city.

The Otago Regional Council in 1999 refurbished and modernised Custom House Quay at the head of the Steamer Basin, and a few restaurant/cafe businesses put their foot into the water.

The city council issued its 50-year vision in 2005, but mixed zoning (stage 2) proposals over a much wider zone met vociferous opposition.

The council had little option but to back off - and did so, rightly.

But now there are signs something major might occur.

One, admittedly still a long shot, is the possible siting of a Chinese-backed hotel by the waterfront.

The backers are publically sticking, at least for now, to their 27-storey plan on a small section close to the city.

But if an alternative - in terms of design or site - can be developed, that might suit many interests.

This would not just be a huge boost for the city but also bring critical mass, so to speak, to the harbourside.

Spin-offs would be inevitable.

Then there is the option of a new University of Otago marine science institute, including a public aquarium, perhaps on the south side of the Steamer Basin.

That would draw staff and visitors.

Although this idea is still some years away from fruition, it appears the university is keen to develop something substantial if this is feasible.

Meanwhile, city council chief executive Sue Bidrose has confirmed she has been approached by a ''large number'' of other parties interested in the area, while other landowners and businesses were also talking.

Even in relatively small Dunedin, inner-city living has proved more popular than some sceptics might have predicted. Similarly, it could well be that apartments can complement other developments, including within the refurbishment of older buildings. A vibrant harbourside will be a mix of old and new, just as has happened in other parts of the world.

There remains the issue of the connection with the city, which has been among matters discussed regarding the proposed hotel.

It could well be, as has been suggested, that a new pedestrian and cycling bridge linking the waterfront and inner city will be able to be more easily justified, despite the relentless restrictions on new council spending.

It is possible, too, that industrial buildings and activity along the foreshore can be viewed more sympathetically.

Few are particularly dirty or noisy - particularly outside the usual working week - and many of the buildings have distinct charm and character.

With the right attitudes, light- er industries and urban living can work harmoniously as neighbours.

There now seem to be opportunities emerging by the harbour which will enhance both the area itself and the wider city.

These need to be encouraged and fostered, as do links with the central city past the Toitu Otago Settlers Museum and the Chinese Garden and north to the university.