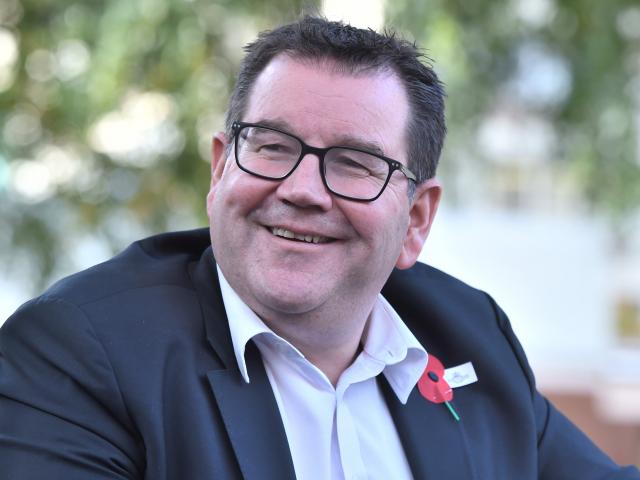 Grant Robertson. PHOTO: GREGOR RICHARDSON
The message was clear from Sports Minister Grant Robertson when he announced the latest tranche of funding designed to help a specific sector rebound from the devastation wrought by the Covid-19 pandemic.

Sport and recreation in New Zealand will benefit to the tune of $265million over four years to help survive the fallout and rebuild for the future.

There is $83million for immediate support to help organisations brought to their knees by the crisis; $104million to help the sector rebuild in the medium term; and $78million to modernise a sector that has, largely, done things the way they have always been done.

Mr Robertson acknowledged the significance of sport and recreation to the country, not only because it contributed about $5billion a year to GDP and employed more than 53,000 people but because it was a community unifier.

However, it was also instructive that he said the funding aimed to help sporting codes ‘‘remain viable, get stronger and adapt’’, and that there was an expectation they would use this opportunity to rebuild with new models and more collaboration.

There are a couple of key words there for those in the industry, and it will be interesting to see how much they are embraced in the coming months and years.

‘‘Viable’’. Says it all, really. Too many sports organisations were operating too close to the bone, having embraced the trappings of professionalism — the bulging staff, the high salaries, the fancy facilities — without understanding the need for sustainability.

Every organisation, from Super Rugby franchises (as long as they exist) to grassroots clubs, will need to cut their cloth to fit, not just for the next six months but well into the future of a radically altered sporting landscape.

‘‘Collaboration’’. Another hugely important concept in a country that is small, both in terms of geography and resources. Can we sustain so many sports organisations, professional or amateur, operating in virtual silos? Obviously not.

Sports are going to have to get a whole lot better at sharing resources, at operating more efficiently by doing things together.

There will now be some specific questions over where all this funding will go.

Will it get to the gymnastics club in Oamaru that needs new vaulting equipment, or the rugby club in Omakau wondering how it is going to replace its tattered equipment, or the Southland softball group needing to invest in some coaching for local children?

Or will deflatingly large chunks of it go to the professional game, to nebulous organisations more concerned with spreadsheets than playing fields, to chasing golden trinkets at international competitions with uncertain futures?

Funding is only meaningful if it leads to the funds going to those who really need it.

Meanwhile, sport is slowly springing back into life after the Covid-19 winter. German football — the Bundesliga — has become the first major league to resume, and we have had a look at the ‘‘new normal’’ of elite sport played in an empty stadium.

There is also some excitement ahead for Otago basketball fans as the Nuggets return after a six-year hiatus, albeit to a diluted national league.