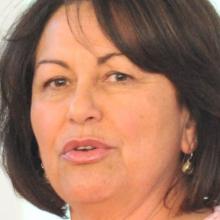 Hekia Parata.
Education Minister Hekia Parata continues to stamp her authority on the education of New Zealand children, and not all people are happy.

In this month alone, Ms Parata has introduced what she calls the biggest update to education in New Zealand in nearly 30 years through the Education (update) Amendment Bill.

The Bill is aimed at enabling schools to provide a flexible 21st-century education focused on the achievement of every young New Zealanders, the political spin says.

However, digging through the details of the Bill makes for fascinating reading and as unlikely as it is that many parents will take too much notice initially, there are changes afoot which may make a huge difference to their children.

While it can be expected Labour and the Green Party will not agree with Ms Parata, it is not helpful for the teacher unions to oppose every edict without being prepared to make some concessions in the way their members are asked to teach.

Change is constant in every part of society, including education.

The Bill provides for a Government statement, the National Education and Learning Priorities, setting out its objectives for education.

For the first time, early childhood education providers, schools and kura will have clear objectives set, through the help of the government statement.

One of the proposals in the Bill is to modernise online learning through the establishment of Community Online Learning.

These communities may be served through tertiary institutions or even private providers, immediately raising the hackles of the unions.

Other proposals include expanding the current power of school boards to  work for other education services in a community of learning.

The Bill gives the minister the power to combine school boards if that will provide an effective route to resolving ongoing issues.

A high-quality teacher training programme was extended as a means to attract more science, technology and maths teachers into schools next year.

What is becoming lost in all of the noise around Ms Parata’s ongoing campaign to reform education is the rising in standards for New Zealand pupils.

That is about 38,000 more young people achieving the minimum qualification for success than if the achievement rate had remained at the level it was when National became the Government in 2008.

The increase in achievement is a tribute to the hard-working teachers, the parents and the pupils and must be viewed as part of an ongoing programme aimed at success.

The teacher unions oppose charter schools and Labour has threatened to shut them down, despite the results coming through, basically ignoring parental choice.

Parents should be asking when enough is enough?

Teaching is a calling rather than a career but the size of the job these days means principals are mainly chief executives and should rightly have more say over the running of their enterprise — a word not usually used with education but schools are in the business of helping their pupils succeed.

And they get a lot of taxpayer money to complete the task.

Principals should have the say in paying people on performance, just like in most parts of the workforce.

Finally, stop-work meetings have been planned by teachers in their opposition to Ms Parata’s plans, something the minister says is the choice of the unions.

These meetings are being held in school time, meaning working parents are disadvantaged by having to find a way for their child to be minded.

There is no reason why the meetings cannot be held after school.

Teacher union members must start taking more notice of the needs of the children they teach — and the parents of those children — and not be so self-absorbed. 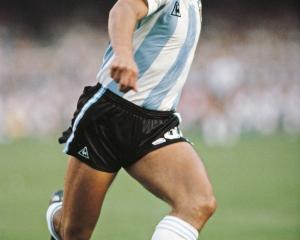 Union actions by definition are not planned to be accomodating. Charter schools are proven to be dismal failures in the USA and other countries, New Zealand is lucky to be a late comer to this shell game and needs to absorb the hard lessons learned elsewhere so as not to throw away students' futures because business people want to make a profiteering buck off of Education.

This article perfectly reflects the smug and dictatorial tone they so commonly face from the Ministry. Why the MInistry is so dedicated to tearing down the teaching profession, instead of adding positively to the educational environment is an ongoing modern mystery.

I agree that the Ministry of Education looks to failed models from the home of the greed is good mentality, the United States of America. These models (charter schools, global bulk funding and online schools) save Government money by providing a poorer service with less qualified people in less rigorous programmes. This comes at a cost to young people who fall victim to this tinkering. Parents will need to pay more from their pockets to afford a quality education for their children. Look what bulk funding has done to our health system and Dunedin Hospital. Private hospitals look better every day as the public system is progressively gutted. This is the future for schools too under this National coalition Government. Education is always adapting and changing with society. Radical change rarely works out well.

Online learning. The Charter School without pupil attendance. You don't have to do much, just post out lessons and take the fees.

To EPMU/NZJU/. Like OpEd says, stopwork at work is very disruptive. You also shouldn't be having union meetings until the paper is put to bed, which in the case of Dunedin chapel is bloody early in the morning.

There are difficult to reconcile contradictions in this editorial. Teachers have a calling more than a career but it should run like a business with performance pay? Teachers are praised for their efforts and accused of not taking the needs of students and their families seriously enough? Hmm. We have higher levels of achievement under the current method but changes many believe will undermine success seem to be recommended.

Looking at just one of these. If teaching is a calling, a business model will kill it. Teachers being business professionals; no more sports coaching for free, no more parent interviews when it works for parents in the evening (business hours), no more working with poorly behaved students (they will lower performance so we don't want them as a client). Just a few aspects of a business model.

"Teaching is a calling rather than a career"? Coming from someone telling teachers to "not be so self-absorbed"?

Therein lies the paradox. An expectation that some noble call within takes a person to the occupation. Once reached, the expectation is then of that teacher being at the beck and call, the whim, the vagaries and ignorance of every Tom Dick and Horrible.

Do those who try to control the teachers, ignore their experience, knowledge and skills themselves have a "calling" to do that?

My challenge to the editorial writer is to fully detail how Principals are to judge, align and compare myriad factors relating to performance in the complex business of schooling and learning. A response of, "Well, let's leave that up to the principals, they're the professionals" cannot be acceptable when there is scant recognition or acknowledgement that they deserve that status at any other time.