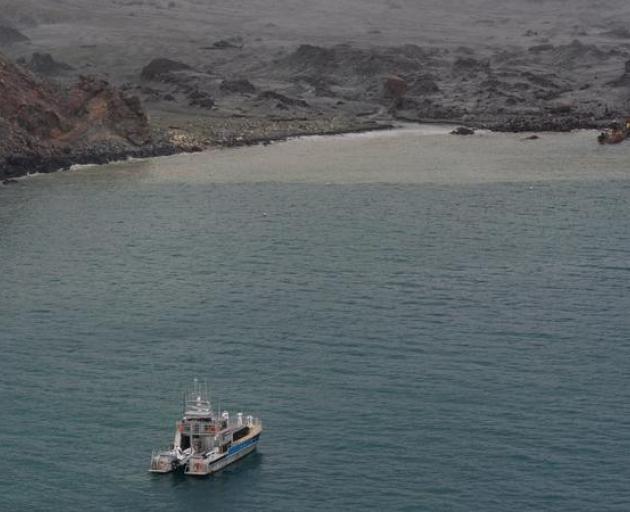 The Defence Force took part in the recovery mission at Whakaari. Photo: NZDF
Nearly a year on from the devastating Whakaari/White Island eruption, the decision to prosecute 13 parties over the event has received a mixed reception.

The eruption, on December 9 last year, when 47 tourists and workers were on the island, claimed the lives of 22 and severely injured many others.

WorkSafe, the country’s stand-alone workplace health and safety regulator, has announced it is laying criminal charges against 10 organisations and three individuals.

Details of the charges, which we expect will be put to the parties at the Auckland District Court on December 15, have not yet been revealed. WorkSafe has not identified the parties in case some of them want to pursue name suppression, but among the organisations who have confirmed they have been charged are two government agencies, GNS Science and the National Emergency Management Agency.

Also charged are the three directors of Whakaari Management Limited, the family company that owns the island and grants licences to those who made tours to the island.

Many, but not all, of those directly affected by the tragedy have welcomed the prosecutions. Some of those commenting on the laying of charges have the view prosecutions should not have been pursued because the event was a natural disaster that could not be foreseen and those affected were tragically in the wrong place at the wrong time.

WorkSafe chief executive Phil Parkes has said while the event was unexpected, it does not mean it was unforeseeable.

All those on the island that day had a reasonable expectation they could go there knowing the organisations involved had done all they were required to do to look after their health and safety.

The question WorkSafe was mandated to investigate was whether this was the case, he said.

It is right that the court should now decide whether the charges brought stack up.

As retired Auckland University law professor Bill Hodge points out, ACC prevents people from suing for damages in New Zealand, making court proceedings the only chance for families to get resolution and some transparency.

The calibre of WorkSafe’s investigation will also be put under the spotlight, if some or all of those charged plead not guilty.

The regulator has drawn considerable criticism in recent years from lawyers specialising in the health and safety area and some families of those affected by workplace accidents, for its reluctance to carry out investigations, and the adequacy of those it does complete.

A damning independent report last year on its investigative capability found investigations were generally of good quality despite a system that had many basic flaws including overworked and undertrained investigators, too few investigators, outmoded information gathering and recording, and poor case management.

Adventure tourism operators are nervously awaiting the outcome of a Ministry of Business, Innovation and Employment review of regulations around adventure activities operating near natural hazards, prompted by the Whakaari/White Island eruption.

Some operators are worried the review might result in an over-zealous approach to managing risk in the industry which will take the adventure out of adventure tourism.

Since the WorkSafe investigation only dealt with events leading up to the eruption, there have also been calls for a separate independent inquiry into how the recovery and response mission was handled.

Relevant ministers seem to be giving mixed messages on this. Emergency management minister Kiri Allan and police minister Poto Williams are suggesting it is not necessary, while defence minister Peeni Henare can see merit in looking at how the Defence Force responded to the explosion.

Such a catastrophic event deserves comprehensive and co-ordinated scrutiny and there should be further consideration of what more could be done to ensure all aspects of it have been covered.