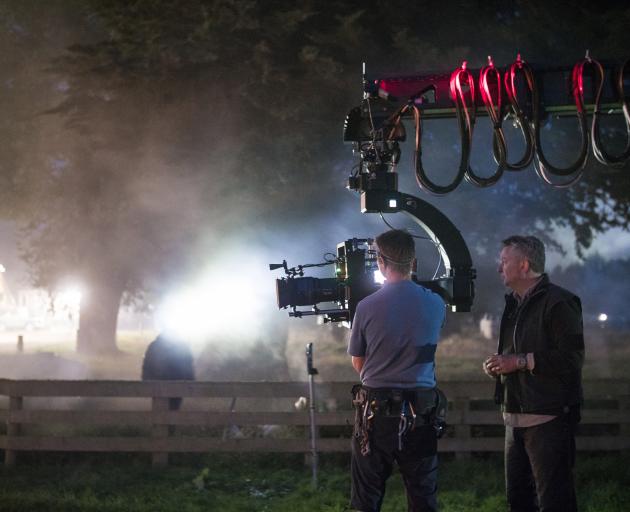 PHOTO: ODT FILES
Anyone who has been ear-wormed by the late Kenny Roger’s classic rendition of Don Schlitz’s The Gambler will know "you never count your money when you’re sittin’ at the table".

"There will be time enough for countin’ when the dealing’s done."

Maybe that wisdom was lost sight of in New Zealand’s dealings with Amazon Studios, with some assuming because the high-rollers rode into town to film the first of the Lord of the Rings television series, it was a given the second would follow here too.

Essentially, New Zealand’s attempt to attract international film-makers here by offering government subsidies is a gamble and, since we do not hold all the cards, we cannot expect to win every time.

Accordingly, it should not have been a huge surprise Amazon took the money offered for the first season, filmed it here and then decided to move the production of the second season to the United Kingdom.

It is not all over yet, with post-production work expected to continue in New Zealand on the first season until June next year.

It is estimated Amazon spent more than $663 million in New Zealand and is expected to qualify for $132 million under the 20% rebate rule applied by the Government through the International Screen Production Grant. The controversial extra 5% sweetener the Government had offered will not be paid.

More than 1200 people were employed on season one with a further 700 indirect jobs for people providing services.

There are, as we have said before, arguments to be made for and against such subsidies. If you want to be part of the international film industry and other countries are offering subsidies, then you have to be in to win. The counter argument is that it is a race to the bottom and that the risk of losing to other countries with more money than us is too great. There is also some resentment at any subsidising of a global giant such as Amazon with its poor reputation for treatment of workers.

Then there is the impact of big international productions on home-grown films and television.

We have heard from president of the Screen Industry Guild of Aotearoa Brendon Durey that a silver lining for the local film industry is that studio space being dominated by Amazon will hopefully be able to be freed up for other projects.

What may not be quite so welcome is that some highly skilled people in New Zealand take their skills overseas and may never return, although this is not a new phenomenon.

Mr Durey joined the long line of people frustrated about the inability of Managed Isolation and Quarantine (MIQ) facilities in New Zealand to cope with the demand for places for those wanting to work here. He pointed out that often the numbers required for productions were small.

In this part of the world, those involved with a proposal for a film studio development near Wanaka are not expecting Amazon’s withdrawal to affect their plans. Silverlight Studios of Wanaka has sought fast tracking of its proposal for consent from the Environmental Protection Authority for a film studio with associated production offices, supporting facilities and tourism ventures at a site on the Wanaka-Luggate highway.

The issues around subsidies flare up and quickly fade whenever something dramatic happens. Politicians pontificate and finger point but we get no closer to having a proper wide-ranging discussion about subsidy priorities, the level of them and whether we need to do more to see if the benefits are all they are cracked up to be.

As any gambler knows, if you play the game, you must be prepared to lose.