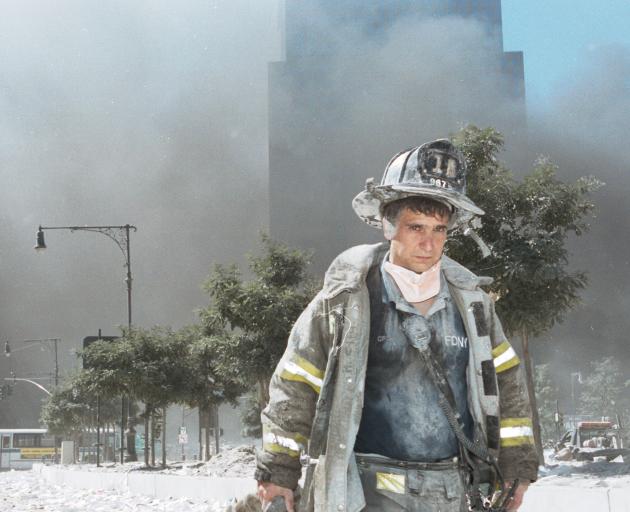 Two of the aircraft hit the twin towers of the World Trade Centre in New York, another hit the Pentagon in Northern Virginia and the fourth, believed to be headed for the US Capitol building in Washington DC, crashed in a field in Shanksville, Pennsylvania, after brave passengers stymied the terrorists’ plans.

Many New Zealanders will remember the shock, that spring day, of seeing the mesmerising dramatic events from more than 14,000 kilometres away beaming into their living rooms through their television sets.

It may have felt like we were in the middle of a Hollywood catastrophe movie, but this was for real.

In the aftermath, there were myriad stories of heroism from the first responders and others.

Many of those heroes have been unable to escape the after-effects of their bravery and dedication. It is estimated that 75% of the firefighters, paramedics and emergency medical technicians who worked at Ground Zero after the towers’ collapse have had their health impacted by the toxins in the air and the ground.

How many times over the years have we seen that footage of the planes hitting the World Trade Centre and people fleeing in the ensuing billowing dust? Perhaps that repetition has lessened the shock value of the footage, but trying to make any sense of it or what happened next does not get any easier (even if we soon became accustomed to enduring increased security measures when flying).

The supposed war on terror launched by the president at the time, George W. Bush, has had devastating costs, and not just in Afghanistan.

Not only did the war on terror fail to stop Islamic extremists, but it has also done nothing to discourage violent white supremacists, something we know all too well in New Zealand.

President Bush was at pains to explain the enemy was not Muslims or Arabs and that terrorists were traitors to their own faith ‘‘trying, in effect, to hijack Islam itself’’.

But despite that call, often violent discrimination against those practising Islam grew across the world.

As the University of Otago’s Prof Robert Patman has pointed out, the US response after September 11 seemed quite promising at first, but once the war expanded into Iraq, which had nothing to do with 9/11, this distraction allowed the Taliban to regroup.

The Brown University’s Watson Institute for International and Public Affairs’ costs of war project found in the 20 years of conflict since 9/11 at least 929,000 people had died from direct war violence including 335,000 civilians.

A further 38 million people have been displaced by wars in Afghanistan, Pakistan, Iraq, Syria, Libya, Yemen, Somalia and the Philippines.

The institute estimates the financial cost of the post-9/11 wars in Iraq, Afghanistan, Pakistan, Syria, and elsewhere totals more than a mind-boggling $8 trillion (US).

That, in turn has had a significant impact on the US economy.

During the weekend commemorations there were many calls for unity, for the need to work together to combat all forms of extremism, and to fight what President Bush called the naked appeal to anger, fear and resentment which has dominated so much of politics.

Those still reeling from the aftermath of 9/11, wherever they are, will be hoping against hope the next 20 years will be better than the last. In the meantime, the grief goes on.