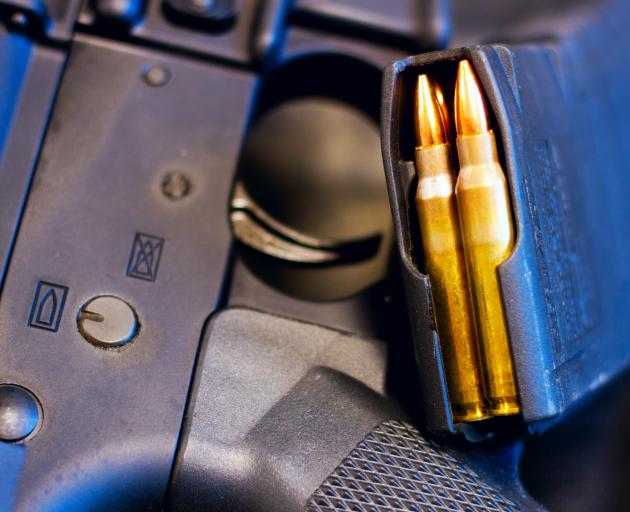 Photo: Getty Images
As well as the horror, grief and solidarity stemming from Friday's terror attack, further issues have been thrust into focus. Security, surveillance, tolerance and far more. One of those issues, and one the Government is determined to act on rapidly, is gun control.

It appears the man responsible for Friday's massacre owned a legally purchased cache of weapons, including semi-automatic rifles. It is those rapid-firing weapons now coming under legislative scrutiny, highlighting the conflict between personal freedom and state control.

We, in the West, like to consider ourselves ''free''. But what does that mean? We are a nation stitched together through myriad customs, conventions and laws. Are we ''free'' to break those? Most people would accept that, no, we are not.

Why? Because large and complex societies like ours are complicated and difficult. They are not what the bulk of human history entails, nor are they what the bulk of our social evolution has prepared us for. We evolved and adapted to live best in small family groups, not the enormous societies seen today.

Regardless, this is how we live now - together, in massive clusters. We can pine for the days when government interference didn't exist, but that is a distant memory. We have moved on. What changes, what sacrifices have we had to learn to ensure this model succeeds? Primarily, the need to consider and prioritise the effects on the many, not just the effects on the individuals. And we practise that every day.

We keep noise down at night. We drive on the correct side of the road, not just because someone tells us we must, but because a system of rules, order and conventions ensures all road users are safer. We employ our own people to police us, according to our own laws, and we accept their authority if they need to exert it.

We send our children to schools to let someone else teach them things we aren't quite sure about ourselves. We sacrifice the freedom to indulge in certain activities if the community decides those activities are damaging to the wider population, or to vulnerable people, or to the environment.

We live in a giant village where, frequently, villagers come together to suggest new rules, new standards, new ways of doing things to ensure some risk is reduced, some suffering is minimised - to ensure we can better function as a society. We discuss, debate and, often, adapt.

But such changes come with sacrifices. People who have enjoyed things responsibly may have to give up those pursuits, in the name of a slightly safer, slightly fairer, slightly better society.

It is never easy for those responsible folk who must change or quit what they had previously been doing, despite having not caused harm. And the rest of us must acknowledge that. But that is part of being a flexible, constantly evolving, adapting, reacting society.

There will be many New Zealand users of semi-automatic weapons who could rightly say they, and their behaviours, have not been putting the public at risk. They could rightly say proposed law changes would punish the many in an effort to curb the risk of a tiny minority. They would be right.

We have a strong, sizeable and sensible hunting community in New Zealand, and a law-abiding community of gun enthusiasts. It is reasonable for them to feel discontent at a proposed banning of semi-automatic weapons. Yet it may be the wider population has already made the decision for them.

Some New Zealanders will consider their lives to be materially worse off by any changes to gun laws. But for most New Zealanders, those changes will bring a tangible feeling of safety and assurance.

It is the right thing to do, and it is time to do it.