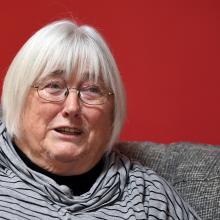 Marian Hobbs. PHOTO: ODT FILES
Questions remain about whether the Otago Regional Council’s decision not to replace Marian Hobbs was a well-considered one.

Ms Hobbs’ tumultuous time with the council came to an end at the beginning of last month when she fulfilled her promise to resign if Environment Minister David Parker did not replace the council with commissioners over delays in noting minimum flows for the Manuherikia River.

A by-election was not triggered by her departure because the resignation was within 12 months of the next local body elections set for October 8 next year.

A report to November’s council meeting on the matter contained a joint recommendation from the chairman and deputy chairman that the position not be filled. Although the paper noted there was an option to appoint ‘’ a named person’’ to fill the role, there was no discussion within it of the possibilities for that.

The emphasis instead was on the need to distribute Ms Hobbs’ $62,000 remuneration among the remaining councillors (excluding the chairman), something the council is required to do under Remuneration Authority rules.

Cr Bryan Scott rightly pointed out Ms Hobbs was one of six people elected in the Dunedin constituency and that voters had a right to six representatives, not five.

(Under the first past the post system, Ms Hobbs was the highest polling candidate in that constituency with 16,961 votes, 266 votes ahead of Hilary Calvert).

Cr Scott also said he would be surprised if the vacancy had occurred in any other region, Central Otago for instance, that the recommendation before the council would be to leave it unfilled.

His motion proposing the appointment of the highest polling unsuccessful candidate at the last election, environmental consultant, the Green Party’s Scott Willis, was lost 7-4.

Nobody else put forward any other names for consideration.

Such a once-over-lightly approach to a matter involving representation is not a good look, exacerbated by the reality that councillors, apart from
the chairman, are each $6200 better off because the vacancy will not be filled.

That will take deputy chairman Michael Laws’ annual remuneration to $89,798 and other councillors’ to $68,200.

In the absence of an appointment, the distribution of Ms Hobbs’ remuneration is required by the Remuneration Authority which argues that the work of the council does not decrease, and fewer councillors are covering that work.

After Wellington City Council faced a similar situation this year, one of its councillors and a lawyer laid a complaint with the Regulations Review Committee, saying this is an outlier position involving only local authorities — it does not affect vacancies on such bodies as the Parole Board, the Broadcasting Standards Authority, or the Financial Markets Authority. The outcome of that complaint, which went before the committee last month, is not yet known.

We note too that on the Southern District Health Board, where the remuneration is set by the Ministry of Health, there will be no extra pay for members following the recent resignation of Ilka Beekhuis.

The complainants say when a lawful decision has been made not to fill a vacancy, an underspend of the council governance pool can legitimately follow and should.

We agree. Not to allow that gives a perverse incentive, or the appearance of one, to councils not to fill extraordinary vacancies.

It is not surprising there has been some public outcry about the ORC decision.

Those council members bleating now about how their hands were tied on this issue should perhaps reflect on whether they could have avoided this by giving proper consideration to finding a replacement for Ms Hobbs. Alternatively, they could have considered lending support to the Wellington complaint. (They were made aware of the Wellington action at the meeting.)

Those who feel their Christmas present is undeserved could also consider donating it to an environmental cause.

Amazing these rules - imagine if workers got the salary of a person who had left the unit because that is modern times and the workload just falls on the remainder. Imagine the nurses and other hospital staff gaining the salary share of all those empty roles. The rules allow it here but in other government roles, nobody does these rules - strange eh?

Hmmm, the smiles of those councillors opposed to Marian Hobbs, if not Cheshire , will still be Feline-like, as they lap at their bonus cream. One can only hope it curdles.....

My heart bleeds for these freeloading scroungers as they cry all the way to the bank. What a discracful waste of ratepayers money by one of the most incompetent councils in NZ.

The ORC is far too big and unwieldy anyway. One less is no loss, and probably a gain. The money effect is extremely small beer and not worth making a fuss about.

ORC appears to be incapable of doing anything well! As for “extremely small beer “! There is a matter of fairness at stake. It’s like saying don’t worry if your employee has their hand in the till so long as they don’t take too much. As a pensioner on a fixed income $6,200 is equivalent to 38% of my annual pension. For me, this amount of money would be life changing, I might even be able to afford the occasional “small beer “.