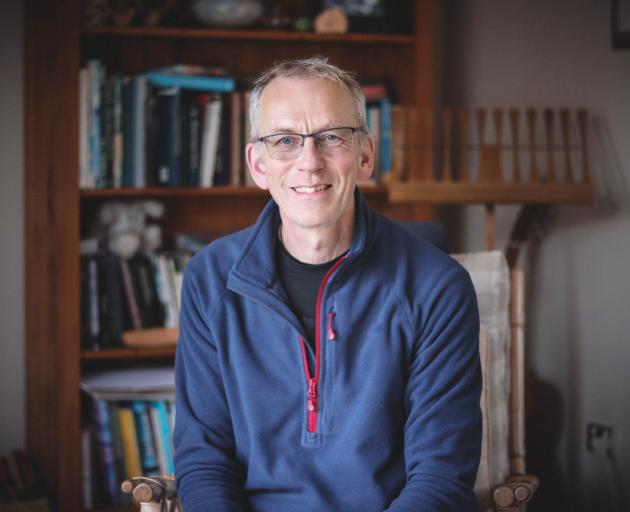 Dunedin musician Nick Cornish broke his neck while mountain biking. PHOTOS: SHANE BOULTON
His cherished oboe in his lap, Nick Cornish could not lift a finger to hold it. The Dunedin professional musician, a man who had lived and breathed music his whole life, was distraught.

The weight of it was too much for his weakened hand; his fingers could not move to play the keys; his spirits had sunk.

"I was utterly crushed by that,” he says.

"I probably thought at that stage that it was maybe the end of my oboe-playing career. That was hard."

Cornish had broken his neck about six months earlier.

It was November 2015, and he had gone to a mountain bike park with his brothers-in-law, interested to try out a full-suspension bike at a demonstration day. The trio had agreed to meet at the top of a track. Impatient when they didn’t turn up, Cornish headed off on a track alone.

"Of course, I should have waited," he says in hindsight, five years later.

He remembers having a great time, "going perhaps a little faster than I should have been".

He approached a spot on the track with two humps. "And before I knew it, I was elevated right in the air and heading for the second hump. "Unfortunately, my weight was incorrectly balanced on the bike, and my body was going forwards over the handlebars.

"I had no time to put my hands down, and so my head hit the ground extremely hard. 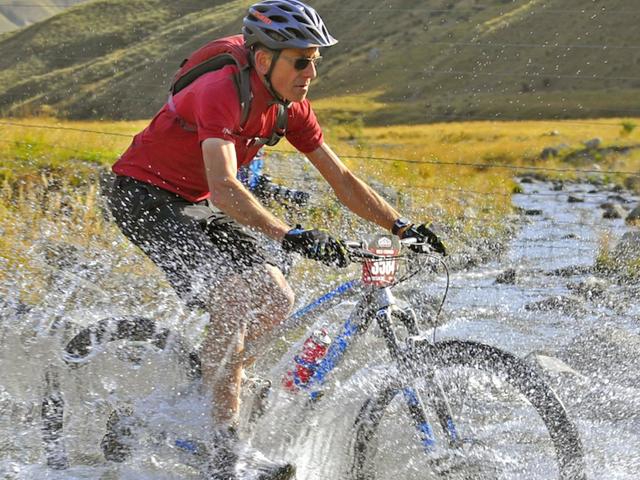 "It was a shocking experience. I was just totally traumatised."

As he lay on the ground, with a powerful tingling in his arms and fingers, his first thought was that he would be OK because he could move his feet and wiggle his toes.

It would be two years before Cornish would play on a stage again.

But first his family had to handle the unexpected situation of him being injured, being flown to hospital, and then the unknown of what lay ahead.

"The shock that resonates is more with the family than the individual. I didn’t have any choice but to sit there and let everybody do what they had to do to help me recover," he says.

Although he had broken and dislocated his neck, it was the resulting nerve damage in his arm that caused him greatest distress. The damage meant the muscles were not being fired up as they should be, he says, leaving his hand "totally weak".

Cornish is a professional oboe player, trained at London’s prestigious Royal College of Music. He teaches five types of woodwind instrument. He plays saxophone, is a jazz improviser, and the musical director of the Dunedin City Jazz Orchestra. He also plays in several groups around Dunedin. His two adult children are professional musicians overseas.

After the accident, Cornish was devastated when it seemed as if his oboe-playing days might be over. The realisation hit home when he first picked up the oboe after the accident.

"I just found it almost impossible [to play], and so depressing and deflating. I remember many times just stopping because I couldn’t stand it. The realisation was too much for me.

"But I didn’t stop trying, I did keep picking it up."

He committed to the rehab, with swimming, gym workouts, physio and hand therapy to rebuild muscle tone and strength.

"I took that on very seriously, because I realised that was the only way back, I had, mostly to get fit again, but also to get my oboe playing back."

ACC has played a leading role in his rehabilitation, providing training for his independence programme.

The goals for Cornish’s programme were returning to his work as a music teacher, returning to his role in the orchestra and returning to mountain biking. This required speech language therapy, physiotherapy, psychology, occupational therapy input and hand therapy.

ACC also supported his recovery with a special glove to strengthen his hand.

"The glove was the first impression I got that I could get my playing back. That was just so encouraging to me, to think that this could work. It wasn’t perfect, but it was getting there."

The glove eventually meant he could return to the orchestra, after a successful audition, initially wearing it for rehearsals and concerts.

"I was just absolutely stoked to be able to play again, and to feel yes, I’m nearly back. I wasn’t quite there ... but I knew there was light at the end of the tunnel."

He used the glove for about a year, and now plays without it.

"There was one wonderful doctor at Burwood who said to me: ‘Never give up. There is still hope that you can get your playing back’.

"I’ll never forget his encouraging words. That made a huge difference to me. He encouraged me to think aspirationally. Also, he said: ‘be excited about every day, feel excited about something’.

"And that was amazing to have somebody say that when you are really low in your whole feeling and attitude to life, and everything."

But still, the 18 months of recovery felt like an age.

And it was not just his musical life that he was struggling to regain. To many people’s surprise, he was keen to get back on his bike, too.

Back in the saddle

"I just wanted to get on a bike as soon as possible, partly because I love biking, and I just felt I needed to get back physically what I had lost, but also just to get out in the fresh air and get going again.

"It wasn’t something I was fearful of. I just knew it was necessary for me to jump back on those two wheels and get going, which is what I did."

"I love the struggle of biking, I love biking up hills, and there is, to me, a sense of struggle in playing music as well. Sometimes its physical, in fact, mostly it’s physical.

"Playing the oboe has never been easy for anybody. And I think I’ve always liked that physical challenge.

"For me it’s definitely like overcoming a problem, it’s like being victorious in an activity, overcoming a real sense of ‘this is hard’, and I like being able to do that and succeeding."

And succeed he has, taking his seat on stage once again.

■ Lucy Wilkins is a communications specialist with ACC.