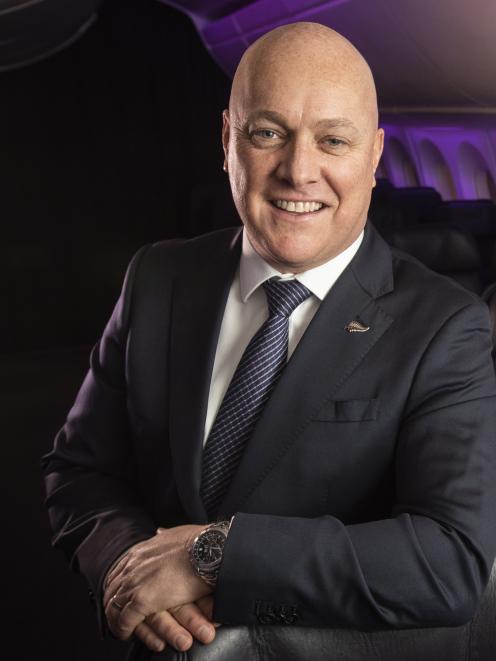 Christopher Luxon
Another year and a different story.

Hooray for that. Democracy requires a strong opposition to hold the Government to account, to question and badger, to provide a realistic option.

For too long National has been its own foe. Leader Simon Bridges failed to gel with the public and was replaced by Todd Muller. Mr Muller proved not to be up to the task, despite the best of intentions.

MPs turned to the unpopular Judith Collins in desperation. Her style, judgement and erratic utterances put voters off. Despite her plucky determination, she and the party were trounced in the Covid election of late 2020, in part by Prime Minister Jacinda Ardern’s star power.

Ms Collins’ resolve to wield the whip pushed her colleagues too far, and she was ditched. Mr Luxon, despite minimal MP experience, became the fresh new hope.

Although Mr Luxon can never be another Mr Key, they share a confident comfort in their own skins. They project positivity and make people feel good about themselves. They reassure voters.

Mr Luxon has shown signs of positions that do not bear scrutiny. He might, for example, be better to leave many of the details of Covid policy to the smart Chris Bishop.

But Mr Luxon might be one of those fortunate politicians, like Mr Key himself, who gets away with being a bit loose. We shall see how thick the Teflon is.

The caucus retreat in Queenstown last week was a test successfully passed.

Mr Luxon has also deflected criticism of his social conservation and fundamental Christianity. He will, it seems, be the pragmatist. He will not let those personal views block the possibility of power.

He has accepted the need for action on climate change and proclaims a compassionate conservatism.

"We care deeply about the vulnerable and the poor that are consigned to welfare for the rest of their lives," Mr Luxon said in Queenstown.

"It just can’t be that we are the party for the economic stuff."

Somehow, Mr Luxon needs to do something about bottom-of-the-list MP from Whanganui, Harete Hipango. She is the loosest of loose cannons.

Overall, it was relatively straightforward for Labour to lock New Zealand down. The details and delivery of lockdowns, Covid levels, traffic-light settings and MIQ have, however, proved much harder to manage.

Further opportunities arise for the opposition as this country begins to open to the world.

But this is also a chance, should damage from the growing Omicron outbreak be contained and opening proceeds satisfactorily, for Ms Ardern to reassert her leadership authority and solidify the trust of middle New Zealand.

Mr Luxon will face many a challenge before the next election. Who knows? His early promise could yet prove illusionary.

Recent polls show solid gains for Mr Luxon and National. But while the gap between Left and Right has shrunk it is still wide.

At least, National is now a chance. At least, it and its core supporters have some confidence and hope.

At least, the game is now on.

Is that the craic?

Game On. G Luxon on poll.

Game On. G Luxon at Retreat.

Chris Luxon appears to be likeable but does he actually oppose. The Government has radical plans and Mr Luxon appears to be in agreement with all of it. Early days but National's policy of we agree with what Labour does but will do it better isn't going to win an election.

A right wing article if ever I saw one. Luxon is treading on thin ice. 2 boo boos in 2 days. He didn't know how many school students there are and therefore how many test kits are needed. As for Bishop being bright, geez editor which rock you hiding under? Air NZ is no credentials for Luxon. The questions the editor should be asking Luxon is:
will he sell rail and close Hillside again"
Will he privatise health?
Will he close schools?
Will he increase pension age?
Will he abolish the minimum wage?

I suppose they are games???