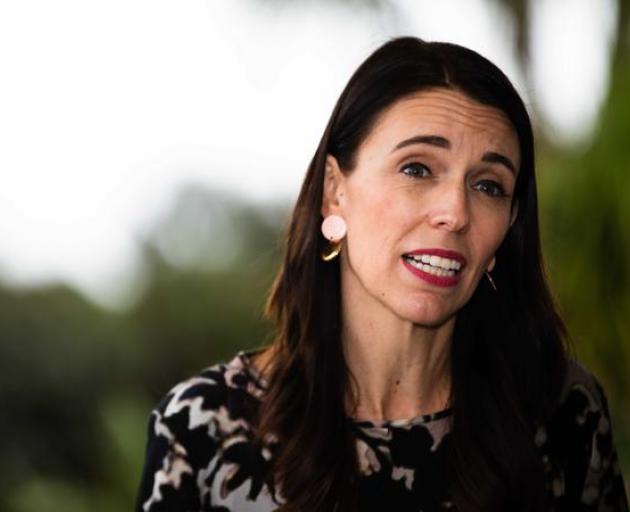 Prime Minister Jacinda Ardern. Photo: RNZ
Oh, to be the idealist in the real world.

Little New Zealand dodges around the stomps of the monstrous elephants, the United States and China. It is also tricky dealing with next-level pressures, including much bigger brother Australia.

As Prime Minister Jacinda Ardern knows, and as former prime ministers Helen Clark and John Key indirectly articulated this week, it is all very well to preach international morality. But realpolitik intervenes.

Ms Ardern at the China Summit this week showed she is an artful dodger, tiptoeing around China-New Zealand relations.

She will have known — via diplomacy and the Chinese — just how far to push the idealism this country must pursue in concert with its traditional allies, while maintaining semblances of independence and doses of realism.

She recognises, as will China, what the home market, especially New Zealand’s liberal left, desires, giving them as much as she can. Similarly, she knows the Western allies demand a certain toeing of the line.

As everyone is noting, such tightrope balancing is becoming more difficult as China grows to become the world’s second superpower and as it asserts itself more aggressively.

Thus, Ms Ardern said: “There are some things on which China and New Zealand do not, cannot, and will not agree. This need not derail our relationship, it is simply a reality.

“It will not have escaped the attention of anyone here that as China’s role in the world grows and changes, the differences between our systems — and the interests and values that shape those systems — are becoming harder to reconcile.”

In other words, New Zealand is rejecting the use of the Five Eyes intelligence-sharing agreement being used as a political platform.

Both women have the backing of most New Zealanders in this dance and in “nuanced dialogue”. Small as we are, we have the pride of the history of nuclear independence and we lose face when we are obviously and blatantly being pushed into total accord with Western allies.

It suits China’s interests, too, to have an English-speaking, Western-aligned nation not always in total accord with the United States, the United Kingdom and Australia. That is to be encouraged from its point of view.

Nevertheless, this will not prevent China from its occasional bullying over trade. Subtle and not-so-subtle disruptions, or threats of disruptions, are part of China’s arsenal. In Australia’s case, as its relationship with China deteriorated, trade clearly has been weaponised.

Act this week endeavoured to embarrass the Government on a parliamentary motion denouncing Chinese “genocide” of Uighurs. Although gross human rights violations are clear, just how and whether that reaches what should be the extreme standard of genocide can be debated.

The word “genocide” was dropped, and Parliament unanimously condemned the “severe human rights abuses”. In other words, nothing really changed.

New Zealand, as a global minnow, has for decades seen merit in fostering international co-operation, whether that be through the World Trade Organisation or the United Nations. A rules-based international order undoubtedly suits those without individual power.

China’s more obvious forcefulness on several fronts is hardening attitudes to it, and not just in the West. Nations around the South China Sea, for example, are frustrated at their powerlessness in the face of expanding Chinese control.

As New Zealand endeavours to maintain friendly relations with both China and its traditional allies, there is additional scope for it and others to work together. That can boost their joint influence independent of the two superpowers.