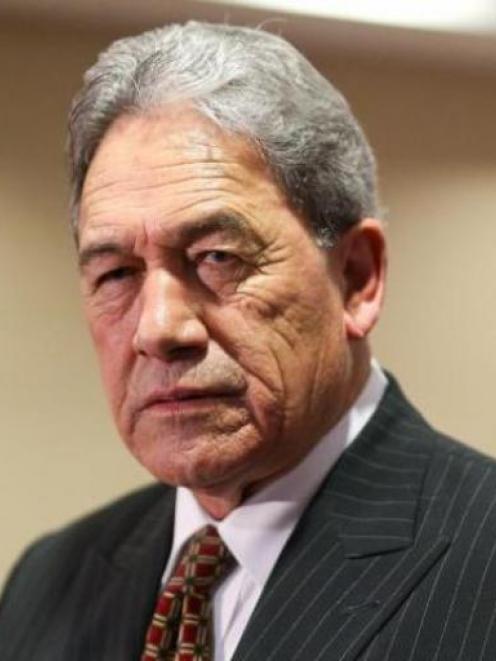 Winston Peters.
The New Zealand Government is charting its own path in its relationship with China and in its response to the regime’s systemic attack on civil liberties in Hong Kong. It must stand for what New Zealanders believe in while maintaining a relationship that will affect the country’s future.

When Foreign Minister Winston Peters briefly emerged from sick leave to announce a considered review across the Government’s ‘‘settings’’ with Hong Kong last week, he confirmed New Zealand would not sit on the sidelines while its Five Eyes partners rounded on the new national security law imposed by Beijing.

The law allows China to set up security forces in Hong Kong, and for the prosecution of citizens and foreigners for crimes such as subversion of the Government or harming China. It is as draconian as it is ill-defined; in essence, anything considered as anti-government, said or done anywhere, can be punished.

The new law adds fuel to the not unreasonable view China has no intention of maintaining the freedoms it guaranteed when the city was handed back 23 years ago. In fact, the new law seriously erodes expectations the so-called one country, two systems pledge will last the full 50 years.

New Zealand’s closest allies see it, too. Australia, Canada and the United Kingdom issued a joint statement condemning the erosion of freedoms. Australia and Canada suspended their extradition treaties with Hong Kong, and

Australia and the United Kingdom warned their citizens not to travel there.

New Zealand issued its own, virtually identical, statement in what some suggests is another signal to China that New Zealand shares the concerns of its allies, but that it wants to express them in such a way that recognises the potential for engagement that comes from the special relationship between them.

The Government will not want its concerns subsumed into those of its bigger allies. It has seen how China has treated them, and knows we can ill-afford that sort of attention. China blocked Australian barley and beef exports after Australia called for an inquiry into the origins of the coronavirus, and it curbed Canadian canola and pork imports after Canada arrested Huawei chief financial officer Meng Wanzhou.

As it happens, New Zealand’s statement prompted rebuke. New Zealand was told to “stop interfering” in China’s sovereignty and to ‘‘do more to promote the sound and steady development of the China-New Zealand relations”.

We await China’s response to the ministry’s review of extradition arrangements, controls on exports of strategic goods, and travel advice, but as we do, there will be growing unease among those reliant on the successful maintenance of New Zealand’s business relationship with China.

During the height of the Covid-19 response, a group of primary exporters urged the Prime Minister to tread carefully on China as the country prepared for an export-led recovery from the global pandemic.

China has been New Zealand’s top trading partner since 2017. Last year, 23% of New Zealand’s total goods and services exports and 16% of imports by value were with China. Exports there are worth $20.1 billion to New Zealand.

This is a significant chunk of the national economy and political and business leaders are right to be nervous about how such dominance might be viewed by a country with a recent history of flexing its trade-weighted muscle.

In addition, they will not want too many more headwinds after China recently agreed to take more agricultural imports from the United States, and while growth in the pandemic-hit China economy slows.

China trade helped New Zealand avoid the worst of the 2008 Global Financial Crisis. More than a decade on, and with closer ties, New Zealand cannot have an export-led recovery without significant trade with China.

The reality is, our exporters cannot immediately replace Chinese consumption anywhere else. We can negotiate new trade treaties and seek new markets, but this takes time.

In the recovery, every month, every week will count. The government’s commitment to trade and co-operation with China, and its commitment to international human rights, must coexist in the national interest.