Is it going too far to visualise Otago Regional Council chief executive Sarah Gardner breathing a huge sigh of relief, starting a cheerful whistle and kicking up her heels as she walks out the front door of the tumultuous organisation next week?

Barely a month seems to go by without some new drama unfolding. Just when things at the council appear like they are settling down, the next episode comes along which manages to eclipse its predecessor.

One thing is clear — the regional council needs to consider itself lucky that Labour is the government and David Parker is environment minister.

If National was in power, and Nick Smith and Rodney Hide were still the ministers for environment and local government respectively, they would not be standing for any more of the ORC’s trials and tribulations.

A little over a decade ago, they sacked Environment Canterbury councillors and appointed commissioners for ECan’s alleged debacles over freshwater which, arguably, were of no greater consequence than those now dragging the ORC down.

That move, disenfranchising the democracy of a large region, was based on some spurious evidence and claims of a dysfunctional council, outlined in a doubtful report by former National deputy prime minister Wyatt Creech.

It led to protests attended by thousands and a near-riot in central Christchurch which damaged the car of then prime minister John Key.

It took almost a decade before the remaining three appointed commissioners retired and full democracy returned to the Canterbury Regional Council.

Is this a scenario we want to see played out here?

The dismantling of that regional council was one of the darkest days for democracy in this country’s history.

It would be fair to say the ORC’s elected council appears as dysfunctional as ECan’s ever was, if not more so.

We have to hope that, somehow, whatever it is that is plaguing the protagonists can be sorted out before it is too late.

But perhaps things are now so bad that commissioners might genuinely be the worst way of dealing with this?

This week has been a shocker for the council, to be blunt. For the second time in less than three years, Mr Parker has ordered an investigation into how the ORC is “tracking” when it comes to the land and water regional plan, scheduled for completion at the end of 2023.

Mr Parker’s tried-and-tested freshwater expert Prof Peter Skelton — one of the former ECan commissioners who retired in 2019 — will again carry out the probe and report to the minister by the end of this month.

Councillors had requested their chairman, Andrew Noone, in March to ask Mr Parker to consider talking about extending the timeframe for the plan.

But Mr Parker said on Tuesday there had been no formal request for an extension, which was why he had brought in Prof Skelton to see if the council was “adequately” carrying out its work on freshwater management and resource allocation.

Then on Wednesday another bombshell dropped, with news Mrs Gardner had resigned as chief executive.

She would be leaving the post she took up early in 2018 in just a week’s time, an unusually short period of notice which might hint at her eagerness to go and get on with something new.

By many accounts, Mrs Gardner was well-respected, a supportive, open and caring leader of council staff, who did a great deal to try to lift their morale, depleted by battles with some elected representatives.

Her sudden departure has come as a shock and will leave them feeling bereft.

Some inkling of how she has been feeling came through in her statement, in which she said she had been thinking about leaving “for some time”.

As is always the case, a lot of salient happenings that went on behind the scenes will not be being said.

But let us hope that Mrs Gardner’s departure was not due to any nastiness from councillors.

That would be a terrible look, especially in a local body election year. 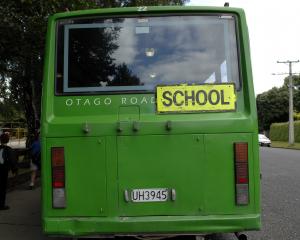 "By many accounts, Mrs Gardner was well-respected, a supportive, open and caring leader of council staff, who did a great deal to try to lift their morale, depleted by battles with some elected representatives."

" But let us hope that Mrs Gardner’s departure was not due to any nastiness from councillors."

Anyone who knows the history of this....(Just read the Article Related Stories) should have empathy for her. Indeed, Councillors with not only Vested Interests.....but Nil concern for the ever worsening state of OUR Otago Rivers and streams !. Shame on them.

You are delusional! One of the worst performing executives and councils in New Zealand - Good Riddance!

The last four years has seen rates increase by over 100%, key staff loosing their jobs or resigning, a vindictive blame culture, government enquires, millions of dollars wasted on new office projects, failure to meet basic RMA requirements and ORC degenerating into a laughingstock. Not a legacy to be proud of! Please government appoint Commissioners!

The last four years has been a disaster for ORC ratepayers. Huge increase in rates, doubling staff numbers and underperforming to such an extent that the government has had to intervene. We expect more for our money. To throw their toys and runaway reveals their true mettle.

Wellington wants to get moving and Sarah Gardiner is going there.