Remarkable Waring one in 100 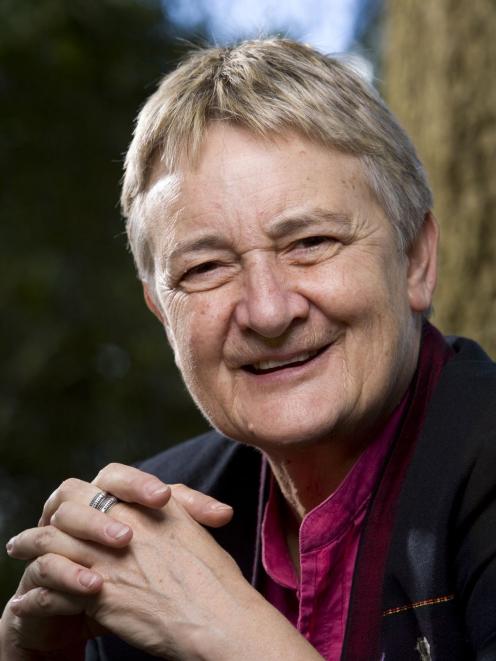 Marilyn Waring
Congratulations to Marilyn Waring for being the only New Zealander to make the BBC's 2019 list of 100 inspiring and influential women around the world.

The announcement last week was likely overshadowed by the recent will she/won't she game commentators played about Prime Minister Jacinda Ardern being nominated for the Nobel Peace Prize.

The PM has a high profile overseas and, while many New Zealanders might bask in the glow of her on the international stage, domestically there has been some impatience about her coalition Government's performance and whether ''the year of delivery'' is delivering.

Questions have been raised about whether the shine is coming off Ms Ardern's star status. A new book about her might give her profile a pre-Christmas boost, but it will not avert the increasing scrutiny of her Government's performance as we get closer to election year. She will be hoping for a faux pas-free run before the end-of-year hiatus.

Ms Ardern's possible nomination for the peace prize was because of her impressive and internationally acclaimed response to the March 15 Christchurch terror attacks.

Traditionally, peace prize nominees are not announced, but that did not stop the speculation.

Another favourite was considered to be 16-year-old climate activist Greta Thunburg, but the prize eventually went to Ethiopian Prime Minister Abiy Ahmed Ali for promoting reconciliation, solidarity and social justice and his work to resolve conflict with neighbouring Eritrea.

Miss Thunberg, however, did feature on the BBC list.

The question those choosing the list asked was: ''What would the future look like if it were driven by women?''

Names for the list were gathered by the BBC's network of world service languages teams.

They were looking for ''candidates who had made the headlines or influenced important stories over the past 12 months, as well as those who have inspiring stories to tell, achieved something significant or influenced their societies in ways that wouldn't necessarily make the news''. The pool of names was then assessed against the theme and measured for regional representation and due impartiality, before the final 100 were chosen.

It is an eclectic mix. The only Australian on the list is Tayla Harris, an Australian rules footballer and professional boxer. A March photo of her making a kick attracted sexist comments, but now the kick features in a statue of her in Melbourne's Federation Square.

Prof Waring has multiple longstanding claims to fame. At 23, she was New Zealand's youngest member of Parliament in 1975, serving the Raglan constituency in Rob Muldoon's government.

Her book on her nine years as an MP, published this year, shows what an often hostile place Parliament was for her. Despite this, she became known for her sharp intellect and gutsy determination to take a principled approach to issues.

That all came to a head in 1984 when she informed Mr Muldoon she intended to vote with the Opposition on a Bill to make New Zealand nuclear-free. A clearly worse-for-wear PM called a snap election, which Labour won.

Prof Waring then moved into academia and was lauded for her pioneering work on feminist economics, publishing Counting for Nothing in 1988 which drew attention to the invisibility of women's unpaid work in national accounting practices around the world.

Last year, she updated her thinking on this in Still Counting. In typical straightforward fashion, she pointed out how little progress has been made on what is measured in New Zealand. For instance, we do not have regular, fully-funded, rigorous time-use surveys.

Who knows what influence the BBC list has, but it would be pleasing if it draws renewed attention to the work of the remarkable Prof Waring, both here and around the world.