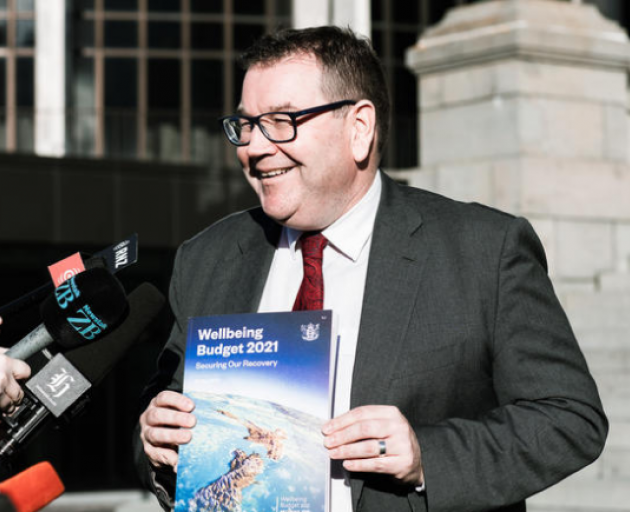 Pragmatists in Labour always know, however, the party needs the middle ground to govern. That part of the electorate was owned by Prime Minister Jacinda Ardern and Labour in the last election. The job for Mr Robertson, therefore, is to straddle the demands of the Left and the big Maori caucus, while remaining acceptable to centralist voters.

Former prime minister Helen Clark did this through incremental change. The effects of significant tweaks add up and policies over six to nine years are tilted.

This Government has gone further already. Perhaps it is not the "transformational" Government promised by Ms Ardern when she led Labour to victory in 2017.

But combine the likes of the abolition of health boards, the amalgamation of polytechnics, the planned creation of four regional water entities, the steady hiking of the minimum wage and the looming "fair pay" agreements and the trajectory is clear.

These "reforms" — and especially the fair pay agreements — will change key elements in this country.

The big headlines of this Budget are on the weighty benefit increases. And they are significant, even if they will never be enough fully to satisfy beneficiary advocates. The headline figure of $3.3billion is designed to make an impact, although it is over four years rather than one.

Shrewdly, the Government and Mr Robertson knew this was the best time to increase benefits.

First, the Government was in danger of being skewered over one of its main planks, child poverty. The figures have hardly improved after more than three years of Labour, despite a $25 increase in core benefits at the start of Covid last year. At a stroke, the ugly poverty numbers will reduce.

Second, this is a time in the world when governments can crank up spending and not be so widely accused of profligacy. The pandemic excuses so much and interest rates to service government debt are as low as they ever have been.

Third, many of those middle voters have had a good year. They are more likely to be accepting of taxes going to the poorest part of the community when they themselves are feeling relatively secure.

Beneficiaries are also likely to spend all their increases, keeping the economy stimulated.

It is important, as well, that incentives to work are maintained, no matter the virtues of compassion. A gap remains because minimum wages have increased by more than the $32 to $55 a week for most benefits.

The $200million increase in funding for Pharmac is another smart balancing act, spread over four years. It is significant but still constrained.

Money for assembling railway wagons at Hillside is most welcome from a southern point of view. The operations will need to be smart, efficient and competitive.

There will be disappointment from some quarters about the limited climate change initiatives, although funding through the emissions trading scheme has promise.

Labour has been advantaged because the detrimental impact of Covid on unemployment and Government finances has been much less than expected.

Forecasts are that New Zealand can be back, even if only just, into Budget surplus by 2027. House price increases are supposed to be minor in coming years. Let us hope these predictions are correct.

Labour, without the excuse of a New Zealand First handbrake, was under extra pressure from the Left and advocacy groups to deliver across many areas.

Mr Robertson, cleverly, assuaged some of those demands, while not yet scaring the horses of middle New Zealand.

Another month, another flood