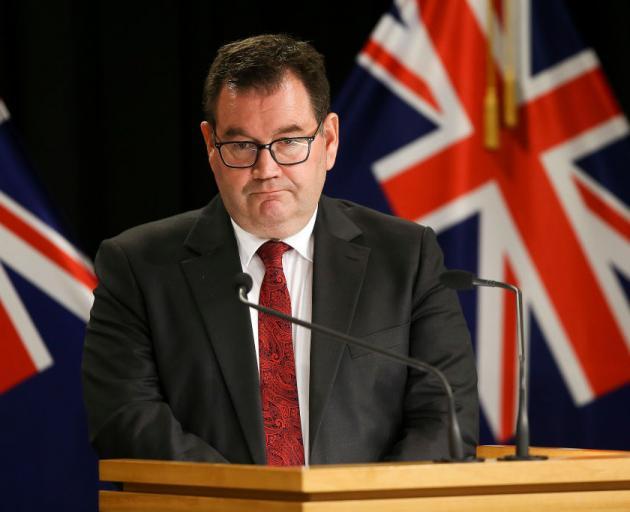 Finance Minister Grant Robertson. Photo: ODT files.
The Budget should be seen as part of the theatre of politics.

While not underestimating its role in producing the estimates as well as the importance of specific announcements, it is also a centrepiece of the story the Government tries to tell the people.

Each is covered by a short tagline, an easily digestible bite that endeavours to convince the voters of worthwhile purpose and practice. It looks to the future and it is short enough for the media and media consumers to catch and hold.

For Finance Minister Grant Robertson, Thursday’s Budget will be sold partly as a "recovery budget".

He talks about moving into the recovery phase and starting to redirect thoughts to the long-term challenges.

The sceptic might argue that - apart from the decimation of overseas tourism overseas and international education - a remarkable recovery has already taken place, even if it is thanks to high spending and high debt.

Is the so-called recovery stage an excuse not to put too much money and action into the likes of climate change, child poverty and health? Or is caution wise because the threat of another Covid outbreak is real and much uncertainty lies ahead?

Mr Robertson, in what are normal pre-Budget tactics, has been hosing down expectations — not just in pay for the better-off public service.

Everybody wants money spent to tackle this, that and everything. Governments need to preach fiscal caution if the books are not to be swamped.

A few goodies are usually announced before the big day so that they can be noticed. If anything, the number of pre-announcements this time is fewer than usual. The expensive cervical cancer-screening changes, the costly pay-parity with their kindergarten counterparts for Early Childhood Education teachers and money for Government electric vehicles have been made public.

It also pays to unveil a Budget-afternoon surprise or two to catch the immediate headlines. That is an element of the game of under-promising and over-delivering.

Mr Robertson can then cast himself as the man of prudence and balance while including some substantial spending increases.

Although Budgets do not contain the nitty-gritty of a few decades ago, there is usually a lot to analyse.

Information, collated by spin doctors, across Government operations is fed to the media in positive packages. Often policies are priced over three years or more (the spending on EVs was over four years) so that they look more impressive.

Sometimes, it takes several days or beyond before further aspects of the Budget emerge or are properly examined.

Readers, listeners and viewers should recognise that wording in the releases, often regurgitated in the first flush and rush from the media, are laced with propaganda.

Everything is always "reformed", for example, and not "changed". That has become the way for all governments.

Core benefits were increased by $25 from April 1 last year as lockdown hit, and the Government is now indexing benefit increases to average wage rises. There is growing speculation significant benefit increases could be on the agenda, particularly because of Prime Minister Jacinda Ardern’s mention of a "compassionate" Budget.

No doubt, a lot of extra money also will have to go to health as pressures mount and supporting health boards in their dying days.

Although the country’s books are in far better shape than was expected 12 months ago, we support Mr Robertson as he seeks "balance". Debt has ballooned and there needs to be an improved path towards its reduction.

Long-term commitments and spending too easily become embedded in the Government’s books. Prudence in the past put New Zealand in a relatively strong position to ride through the first stages of the Covid-19 shocks, and we need to be prepared for whatever the future might bring. "There is growing speculation significant benefit increases could be on the agenda" one hopes so, for too long those who can't work due to health issues have been forced to pay increasing living costs out of a pittance which does their health no good at all.

Well parents, you're lucky that this will be a Labour Budget. You can guarantee if it were a National one, no beneficiaries of any type would be seeing an increase in entitlements.
Robertson continues to be the best Finance Minister this country has had since David Caygill.

I'm sure there probably are 1, or maybe even 2 other sentient people in New Zealand with similar thoughts. But then again, I might be wrong!