Slowing the spread of Omicron 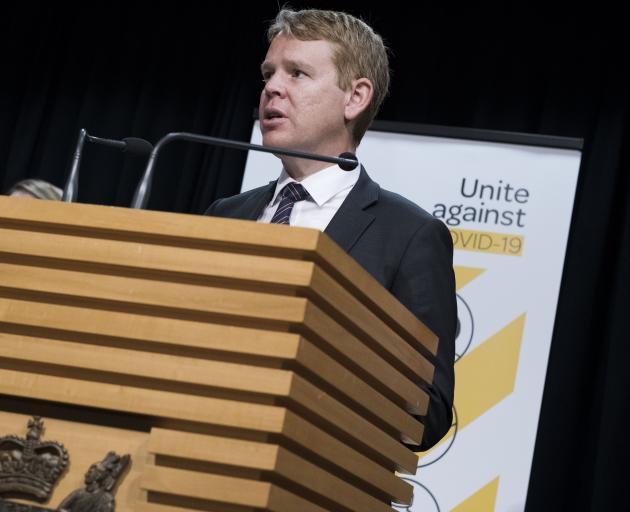 Covid-19 Minister Chris Hipkins. PHOTO: GETTY IMAGES
A raft of new measures aimed at tackling the Omicron variant prove once again just how tricky Covid-19 can be — and how we cannot afford to let our guard down.

The Government yesterday announced new rules in response to the Covid-19 variant that has been sweeping the globe.

Among them was news the interval between the second dose of the vaccine and the booster shot will be reduced from six months to four months, meaning more than 82% of vaccinated New Zealanders will be eligible for a booster by the end of February 2022.

Speeding up the booster programme can only be considered a good move, especially given the many unknowns still surrounding Omicron.

The rollout of paediatric doses of Pfizer for 5 to 11-year-olds has also been confirmed to begin on January 17.

That will give some certainty to parents ahead of the start of the new school year.

But for weary New Zealanders stuck overseas, many of whom were eagerly awaiting the end of the much criticised MIQ lottery system, a delay in easing border restrictions will come as another blow.

The phased border reopening that was due to start in January has been pushed out to the end of February, and the length of stay in MIQ has been increased to 10 days for all travellers, with no self-isolation component.

Everyone on an international flight with a positive case is to be treated as a close contact.

It is more unwelcome news not only for travellers, but for a battered tourism industry that was starting to see the light at the end of the tunnel.

But the new measures are much milder than those being introduced in countries where Omicron is already rapidly spreading.

It has quickly become the most dominant variant in the United States, with the Centers for Disease Control and Prevention reporting nearly a six-fold increase in Omicron’s share of infections in only one week.

The Netherlands has gone back into full lockdown, and tougher restrictions may also be on the way for the United Kingdom.

The problem with Omicron is two-fold.

Evidence points to it being the most transmissible Covid-19 variant yet, but little is known about how severe it is.

Covid-19 Minister Chris Hipkins described the speed at which it was sweeping the globe as "bewildering" — not the most comforting thought.

The emergence of Omicron is yet another unwelcome reminder that we are not out of the woods by any means when it comes to the pandemic.

It is not all doom and gloom. Vaccination rates across much of the country are high, and the detection of Omicron cases in MIQ shows that, for now, our border protections are working.

But no system is foolproof, as demonstrated by the devastating Delta outbreak this year. The Government had little choice but to take some action, at least until more is known about the new variant.

With many Kiwis travelling around the country in the lead-up to Christmas, any measures that can slow the seemingly inevitable spread of Omicron in the community should be welcome.