Vale to a principled politician 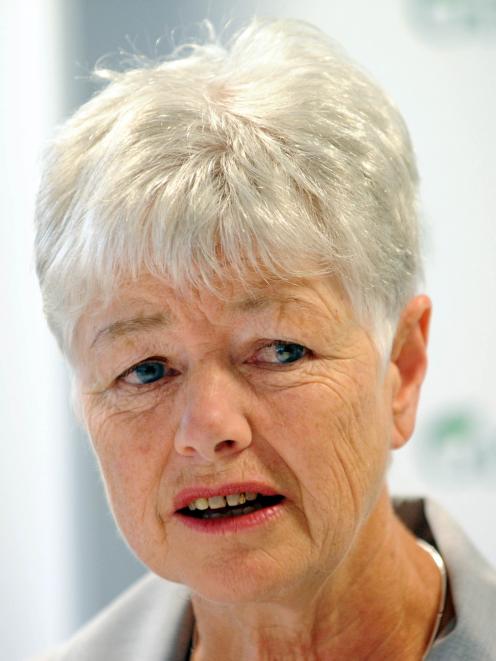 Jeanette Fitzsimons.
Many New Zealanders will have felt a stab of sadness at the sudden death of former Green Party co-leader Jeanette Fitzsimons recently, even though they may not have met her or necessarily agreed with her politics.

In what seems an increasingly fickle world, we need assurance there are people like Ms Fitzsimons who take a principled position and stick to it, even in the face of ridicule.

Our affection for her recognised her unwavering dedication to the causes she held dear and her determination not to indulge in petty point-scoring or character assassination as the means to an end. The good example she set to other politicians has been ignored by too many.

Although she was 75, Ms Fitzsimons, in her sensible and down-to-earth way, somehow seemed ageless, making the suddenness of her death from stroke all the more shocking.

Born in Dunedin (her maiden name was Gaston), Ms Fitzsimons spent her early life in Mosgiel but had moved to the Auckland area by the time she was high school age.

Her entry into politics came in the 1970s with the forerunner to the Green Party, the Values Party.

She became an MP in 1996, at the first MMP election, as a list member and Green deputy of the Alliance led by Jim Anderton.

In her 1997 maiden speech, she described herself as a community activist, a teacher, writer and researcher. Her views expressed then about the disconnect between constant economic growth and our wellbeing may have been scoffed at by some then but would be considered far more mainstream now.

Her central message was that there needed to be better ways of measuring economic success with the aim for a better economy, not a bigger one, an economy based on respect for people and nature, not on "dog-eats-dog competitiveness".

In her maiden speech, she said it cost more and more to produce less and less.

"Economic growth can destroy more wellbeing through pollution, stress, ugliness, and scarcity than it creates in new goods and services. Human beings are dwarfed and alienated by the scale of their technologies, which have left most of us with no apparent place in the production process that we have been taught to see as the reason for our existence."

She may have been gently spoken, but she did not mince words.

In her maiden speech, she bluntly told the House, "Just because New Zealand is travelling first-class on this planet does not mean the ship is not sinking."

At the 1999 election, she became the only member of the Green Party to take an electorate seat, that of Coromandel, although she was returned on the list at the next election.

She saw the major role of the Greens in her time in Parliament had been to set the agenda, raising issues that had never been raised in the House before.

All the same, she found it frustrating, saying in her 2010 valedictory speech she had spent 13 years weeping at the tragedy of so many people wasting time chasing the mirage of a bigger Gross Domestic Product (GDP).

"What is stopping us, as a species and particularly as a parliament, from seeing the truth that climate change, which has now entered the public consciousness, is only a symptom of a much greater issue?

"The planet is full — its capacity to absorb our wastes and generate our resources is already overstretched, and even mining the last national park and Antarctica and damming or draining the last river will not allow us to continue using even more."

After Parliament, she continued her involvement with what she called protecting people and planet including being on the front line at various protests, trying but failing to get arrested.

As former Green MP and veteran protester Sue Bradford put it, "Sometimes you’re just too well known, and too respected."

If principled means being completely wrong and then sticking to it, then Ms Fitzsimons undoubtedly merits the accolade. "It cost more and more to produce less and less" — in fact, precisely the opposite is true.

And let's not forget her efforts to legislate for windpower subsidies when a major shareholder in Windflow Technology.

Know how to be appropriate to the occasion, ever?

Thank you for this editorial honouring Jeanette Fitzsimons. She has left an enormous legacy - particularly the Energy Efficiency and Conservation Act and the Energy Efficiency and Conservation Agency; her involvement in the GE-free movement; and her decades-long campaign to raise awareness of climate change and to stop or reduce our destruction of the earth.
What's more, she lived her values, living on an organic farm, in a solar-powered house with composting toilet. I wwoofed there in 2002 and saw first-hand her simple life with few gadgets. She would arrive home from Parliament, immediately change into comfortable clothing and get outside to work on the farm or garden.
I admired her fearsome intellect, ability to research and analyse information, and how she always stuck to debating the issue, not attacking the person. I also admired her lack of ego - she truly was working for the planet and the good of all. She was very encouraging of young people. What a fantastic role model she was. Jeanette, you are very much missed!