You never know when

It came as a nasty surprise to Christchurch and, when a major earthquake happens one day in Dunedin, it will come as a shock here too.

Despite the tireless efforts of emergency managers, the best possible planning, the highest level of preparedness, an individual, household, community or city is never totally ready when a large earthquake strikes.

The apparent randomness of an earthquake and the vast, almost inconceivable, length of geological time mean quakes are rarely uppermost in the mind. The probability of one happening right now, as you read this, is very small indeed. 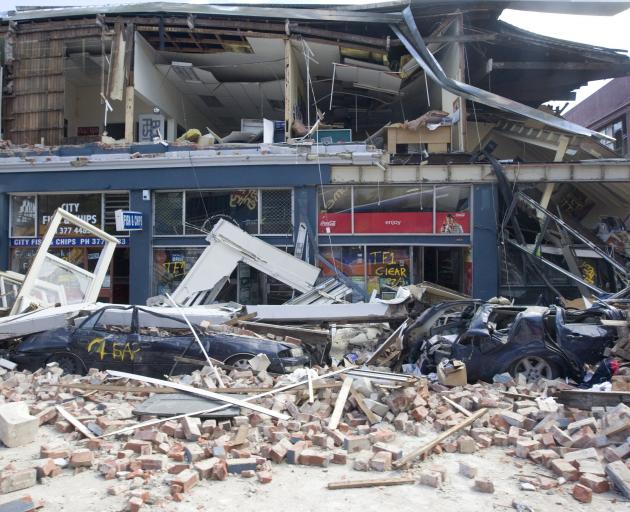 The Christchurch disaster has made us all more aware of the risks of earth quakes. PHOTO: THE NEW ZEALAND HERALD

But, as history and the experiences of other New Zealanders tell us, they do occur, they do cause a lot of damage and, in the worst instances, they kill people and leave populations stressed, anxious and coping with much physical and mental trauma.

It could be in the middle of the night, or a wet Tuesday afternoon, or just as you are dropping the children at school, or in the middle of Christmas dinner. Any time you are not expecting it.

New Zealand’s location on the Pacific “ring of fire” ensures we have an active and fiery geology. Most in the South appreciate that earthquakes are a risk around the country, but, as Dunedin sits in what has been a relatively quiet corner of the South Island for seismic events in recent centuries, some southerners believe a major shake here is unlikely in their lifetimes.

In recent years, scientists and council and civil defence experts have done a lot to inform Otago folk of the dangers of a large earthquake from the Alpine Fault — the more than 650km-long split in the Earth’s crust visible from space, which runs down the western side of the Southern Alps from Marlborough to Milford Sound.

A significant rupture on this boundary between the Pacific and Australian plates is likely to generate a powerful earthquake of between magnitude 8.0 and 8.2. This will potentially be disastrous for parts of the West Coast and also cause a huge amount of damage in western Otago, particularly in Queenstown and Wanaka.

Scientists believe it is possible this great quake will occur sometime in the next 30 to 50 years. Quite how it will affect Dunedin is uncertain — the city’s distance from the Alpine Fault and the quake’s epicentre may spare Dunedin from the worst of the violent shaking, although several minutes of rolling motion could destabilise hill slopes and generate liquefaction in the ground under parts of the city.

While efforts to make more people aware of the dangers of the slumbering Alpine Fault are to be applauded, that geological feature may not actually pose the biggest seismic threat to Dunedin in the coming decades or centuries.

Science now tells us there are several faults, considered active or potentially active, within 50km of Dunedin, some coming as close as 5km from the central city.

Three of these — the Akatore, Titri and Hyde faults — could generate quakes in excess of magnitude 7.0. A new find, the Kaikorai Fault in the valley of the same name, might also be active and could cause a quake in the high magnitude 6 range.

We saw what happened in Christchurch in the 2010 and 2011 earthquakes, and Dunedin could well one day go through a similarly awful experience.

So much of the city’s reputation and economy is based on tourism and heritage, and what might a major local earthquake mean for that?