Enjoy the freedom of life without labels

It is OK to be different, writes Danielle Fentiman.

I am a queer person living in Dunedin, New Zealand. I came from South Africa when I was 15. 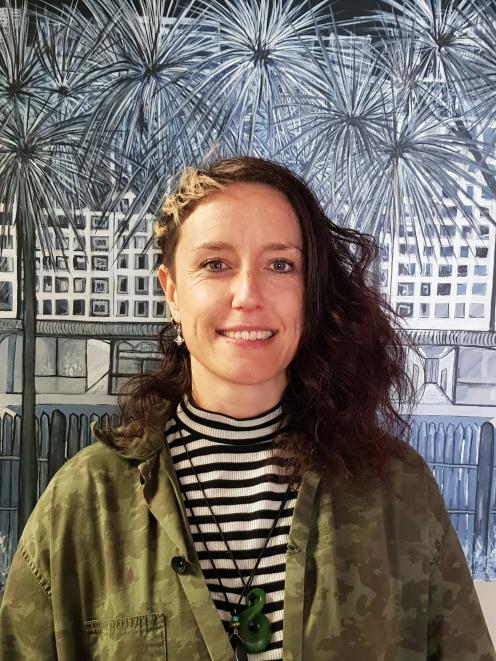 I pushed it down, believing that it was a sin, but really I just liked girls more than boys. I was raised Christian and my family values were based on ‘‘normal’’ Christian values, something I dared not challenge due to the patriarchal culture I was raised in and my dad was super scary. You didn’t mess with him.

When I got to New Zealand I felt immediately like something was different in me. There was a sense of freedom that was kind of awesome. I tried my best to fit in at high school. God it’s hard at high school.

You are so vulnerable to everyone’s views and opinions and by crikey you don’t want the focus on you, so just stay cool, stay cool. It did eventually occur to me that I quite liked girls, the way they smelled, how they spoke, how they liked to have fun. I had boyfriends, which was fun, but girls ... way more fun.

I had several female connections alongside boys until I decided, nope I’m a big lesbian. I nearly got hitched to one girl before meeting a man who would change the course of my life, mostly for the better. He was kind and loving and in touch with his feminine side, something I felt safe with.

Throughout our marriage it became clearer that the ‘‘queerness’’ was not going anywhere. We had two beautiful children who, I must admit, rock my world and we travelled the world together, which was incredible. I think I got to a point where I felt ‘‘fake’’ and like a piece of me was dying.

We eventually called it quits and although heartbreaking and so sad in so many ways, it set me free in a way.

I had a string of female connections, which for the most part hit the spot. I was polyamorous at one point, finding the space so passionate and rich in connection, energy and aliveness. I eventually became aware of how many ‘‘labels’’ I had given myself.

They were: bisexual, lesbian, polyamorous, queer, gay, pansexual, and now just plain ‘‘queer’’. I love the word queer; it describes so much in just one word. I feel safe under the ‘‘queer’’ umbrella, as I felt the other labels were rigid and could become contentious if you pursued someone who didn’t fit under the label as far as gender went.

Now I’m representing the queer community as chair of a charity organisation that proudly supports the queer community of Dunedin. I proudly invest countless hours into this space, as my goal is to do whatever I can to allow other people who identify as queer a safe space to be themselves.

We run social groups and collaborate with businesses to promote and raise our voice as a minority demographic. I am so stoked to be a part of this space and so enjoy all the volunteers who support their community.

I met someone who identifies as transgender and he is one of the most amazing people I have ever met. He is funny, hopeful, passionate and just plain awesome. He is so good-looking I still sometimes pinch myself that he’s with me. He was born female and transitioned three and a-half years ago.

He is so beautiful to me and my kids and loves us with so much of him. For the first time in a while, I am feeling what it feels like to truly be in love and it’s pretty amazing.

The rainbow population is at significantly higher risk of suicide compared with other people living in New Zealand, due to experiences of social exclusion and discrimination. To anyone out there who feels different or questions their gender identity: good on you!

You are allowed to love and be whoever you want too! Shake off the social norms and know that it’s OK to be different. It’s OK to be unique. Don’t suffer in silence, as your community is out there.

-Danielle Fentiman is a mental health clinician at Stopping Violence Dunedin. Inquiries can be made at admin@stoppingviolencedunedin.org.nz